After all the new twenty recruits were gathered in the orientation meeting room, they were introduced to the HR team who went through everything about Riverland, from the founding year of the company till the latest changes in the Lebanese branch.

All the recruits where amazed by the great company they were about to start a new career in. Riverland is one of the hardest companies to go through or even get an interview, each one of them went through two months of multiple tests and interviews till the best were chosen to be a part of the well-known company.

After four long hours of information, the head of the HR team told the recruits they have thirty minutes break till his team finished all the contract papers for them to sign. Most of them either went to the bathrooms or to have a quick smoke and small talk.

Dareen, Sarah, and Younes stayed together, Sarah’s phone ranged with multiple messages. “My brother wants me to go upstairs to him, wanna come?” Younes stood up immediately excited to see everything in the company, Daren agreed as well, she wanted to check on Nellie.

The three of them went out of the downstairs room heading to the elevator. They went to the ninth floor where they would work in a couple of days. As they walked to the door of their future stations and colleagues, the door is a glass one, when they were near it popped open revealing Nellie heading out and someone standing a few steps behind her texting intensely on his phone.

Both Nellie and Sarah said at the same time. Ali looked at the direction of his sister’s voice, yet his eyes didn’t see her nor Younes. It went directly at Dareen who wasn’t looking at him but at Nellie who was talking to her, he saw her dimpled smile and for a long second, he felt everything around him stopped moving.

It was a second before the door closed and Sarah stood across his eyes forcing him to look at her, he smiled at his sister and said, “How was your exam?”

“No idea, I think I did okay,” she looked to her right and introduced Younes to Ali, they shook hand. “Where’s Dareen?”

“She’s with someone, maybe it’s her cousin,” Younes said.

Ali looked at the door once again before taking them into a small tour inside the tremendous room that was filled with stations of computers and working agents. Few minutes passed and the door was opened again with Nellie and Dareen walking inside.

Ali’s eyes followed them as they walked to Nellie’s station, she sat on her chair and Dareen stood beside her. He couldn’t move his eyes from her face, something was interesting about her, suddenly she raised her head, and her eyes scanned the room.

Ali was at the far end standing between Sarah and Younes who were joking with another older agent, her eyes stopped searching when she spotted Younes, she shifted her eyes and looked directly into Ali’s eyes sending shivers into his skin.

She looks like Bambi, that’s all he could think of. Her big eyes gave her that cartoonish look, yet she didn’t look like a child, she looked like a dream woman.

She looked away and kept talking with Nellie, he wanted to smile from how pretty she looked when she moved her eyes, his thought was cut sharply when his phone ranged with his boss’s number glowing on its screen. He left them and went outside to take the call.

As he was walking, his eyes were on the floor and his frown was clear on his diamond-shaped face, Dareen’s eyes followed him as he walked his way out, her eyes scanned his muscled veined hands admiring how it looks.

Ali was taller than her, muscled yet not much. He had a thick black beard and long silky hair in a low man bun. He was wearing a dark blue shirt with long selves that he pushed back showing his muscled forearms, dark blue jeans, and black Nike sneakers. His handsome look was finished with black-framed glasses that hugged his face perfectly. She smiled to herself when she caught him looking at her one last time before closing the door behind him. 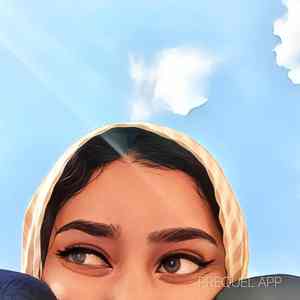 I like the so far! Keep uo the hard work! There isn't too much story for me to comment on so far! But there are a few grammar errors, just as double spacing and lacking usage of commas. 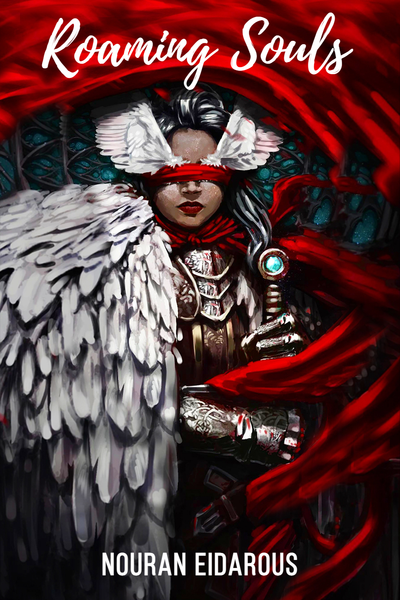 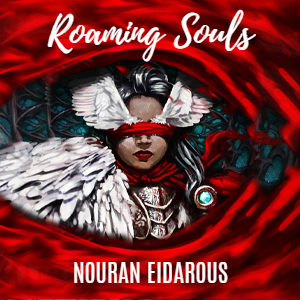