-Wha- Jax begin to glow, and light is shot from his eyes – AAAAAAAAAAAAAHHH!

-JAX!! You bastard, I’ll kill you, you damn old fart! No matter what happens to me, I’ll kill you! – states Leo with a fierce look while accumulating Essentia on his right hand again.

Jax starts levitating. The red essentia that Darkmore used starts to turn purple and condenses around Jax’s body.  As the purple essentia forms a thin layer around Jax, a forcefield orb is created. The round sphere starts to crack and absorb every essentia and attract physical items of the room. Darkmore attacks the sphere, destroying the absorbing orb which creates a compressed explosion. Jax falls on the ground, astonished, looking at his hands.

-That power…it felt like it was mine. And I didn’t collapse.

Darkmore shakes dust on his clothes, coughing even more blood.

– It didn’t “felt” like your power, it was your power. It’s just that your body can’t handle the stress that essentia does…yet.

-Yet? Does this mean that I can get better?

-Well, it’s not going to be easy, but it’s possible. You have to fix your essentia center, but that is really complex. I can seal some of your essentia channels, and you could use 10 to 20% of your Essentia, perhaps.

-Really? Then please, fix him up right away. – says Leo with shining eyes full of hope.

-You’re really weird kid. You were promising to kill me moments ago and now you trust me enough with your brother’s life.

-Yea, yeah, I’m weird. Now fix him up. We can finally start our journey together Jax!

-If it were that simple, I’d do it. – said Darkmore while tapping some Jax’s body points – All I can do is trying to ease his pain and cut off his essentia supply drastically. I can’t cure you, but you’ll be able to use some essentia. But the overuse of it can aggravate your condition even more, so be careful.

-Thank you, sir. That’s not even close to the problems I had. I can finally help Leo, instead of burdening and worrying him.

-I will always worry about you, lil Jax. But with this we can finally have our adventures, conquering the freedom we were searching for.

-Kids, I see potential in both of you. I think that following your dreams maybe a dangerous road for you to travel, you can become this world’s enemy with that mindset.

-The future belongs to those who believe in their dreams, and that’s who we live our life.

-Hmm, a good saying no doubt about it. I hope that you can achieve your goals hehehe. But it’s not going to be easy…

- No matter what we have to overcome, we will do it. And together! – says Leo while hugging Jax – And if we get a master like you everything is possible. Join us mister!

Darkmore finishes his procedure to Jax and stands up. Even though he would like to join them, he knew that it wasn’t possible to do so. The recent wounds are ripping apart even more, due to the overuse of his ability.

-Sorry kid, no can do. I really can’t stay with you, they cannot find Jax. He will lead this world to change without fault, I’m sure of it.

-You don’t need to leave. No one cares about us, no one is trying to get Jax. And if they did, we would be more safe with you!

Darkmore smiles and puts a hand on Leo’s left shoulder.

-You really resemble M…if I could, I would stay with you. But look at my state, my fate is set on stone.

-Then break it! We’ll help you in any way we can!

Darkmore chops on Leo’s neck, leaving him unconscious on his arms.

-He would not take a no as an answer, right?

-Yeah, he would not. – says Jax while smiling at his brother – he has a strong will, and I would follow him anywhere.

-This life is full of wonders, it’s sad that it’s so short. Your brother seems to have what it takes to make it big, but your potential maybe the key to achieve it. You’re special, but there are others just like you. My Essentia Bloodline Ability allows me to get a glimpse of the future, and that led me to save 7 children, including you. You will run into some of them along your journey, I’m sure of it. As you have your ideals, they will have theirs as well. Maybe your ideas are aligned, or maybe not. The only thing that I’m certain is that there will be a big new uprising wave that will knock this world out of this crumbling state, courtesy of the new generation. You have what it takes to head this movement.

-I’m not fit to rule or to be followed. Leo is a person who can inspire and be the source of hope to others, like he does it for me. I gladly would offer my life for his dreams; I have no interest in anything in this world.

-You say that now, but your destiny has other ideas for you. I just wish you could live the way you want, but the world will need you. You will suffer, no doubt about it.

-I don’t actually understand what you mean, can’t you tell me just what will happen?

-You’ll know when you get there. when the time comes, you’ll understand. Goodbye Jax.

Darkmore get to the exit, ready to leave; but he stops and turns back to Jax. He takes an old notebook from his cloak and gives it to him.

-Take this. I thought what I should do with this, and I end up deciding to give it to you two. This is my log journal: there are all kinds of information about my travels. This includes info about places, items, local customs, people and even maps. Some of it will be coded, but a smart kid like you can figure out. Inside of it there are also some drills and tips that could help you guys improve the Essentia control. I guess you have to get stronger to fulfill your fate, and you will need all the help you can get.

-Sir thank you for everything. I understand that you are in trouble, can we help you in anyway? I’m sure Leo would agree tha-

-Live. No matter what, live. Don’t rush your own growth and don’t reveal to anyone your power, specially to the Nation, unless you can stand your own ground. Your brother would definitely be drafted to their army with his skills, and if the wrong person sees your power, you will be considered a great threat to the Nation itself. If they know about my involvement even more so. In the log I gave you there are some things that can help you on your journey if you know what to look for.

-You have done so much for me, and we don’t even know who you are. Will we ever meet again?

-You can call me Luther. I wish I could say that we would meet again, but even I can’t see so far ahead. Good luck kiddo.

As he spoke his last words, Darkmore disappeared as swiftly as he appeared.

Scene changes to Darkmore fleeing through the Asmund night. As he is running, an essentia slash cuts his path. Gibbon appears with his squad members, surrounding a battered Darkmore.

-I guess little Cosmo is all grown up huh? I guess that was it to that lad Haze. My bad, brat couldn’t do anything for ya…

-Time to go, Luther. Your life is over. -declares Gibbon as he unleashes another essentia wave from his sword, making a deep cut on his right shoulder.

Darkmore gets on his knees. He’s facing the ground.

-Finally, you understood that this was all in vain. There are things in this world that are to remain unchanged, and one of them is the Nation authority.

Darkmore starts laughing. Then he looks at Gibbon.

-You may be right; my life might be over. In my last travels I saw how much this world has to change. Poverty, kills, power abuse, just tragic. In the meanwhile I saved some children, that are considered trash from your world. One day the world’s shackles that the Nation holds will be torn apart by them. And even a new troublemaker just like Maddox maybe come into play once again. – declares Darkmore, while thinking about Leo and Maddox similarity- I saw the great wave of change, and there’s nothing you can do to contain it!

-You old fool, there’s no change to your fate! – declares Gibbon as he is striking down with his sword.

Darkmore was not afraid of his death, the only thing in his mind was: «Now it’s up to you…the new generation. Follow Maddox’s Void Path»


The demon appears again in the dark, with a wicked smile on his face.

-And that was it. A little appetizer for the story. A prologue if you will. But this is some old story, from ages ago. Some good stuff, am I right? Yeah, it’s a pity that the old men died… or didn’t he? And the kids, so joyful and talking about changing the world for the better…yeah, they would change the world alright, but was really for the better? 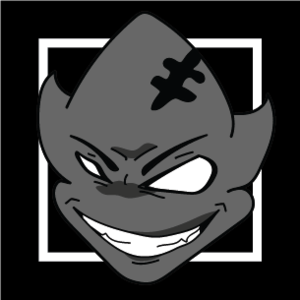