Into the nearest building and to the top floor. A flight of stairs to the roof where the Collector surveyed the city's horizon, crumbling in his cursed sight. There were no leads in Victor's words.

His prey would come to him and the warnings of the Gypsy vampire was a macabre puzzle.

Others passed below in the half lit streets. Black ants following glowing amber paths. Sky peered over the edge; sometimes standing, other times sitting or floating, not worried in the least of the height at which they now stood.

"The ones your Silas seeks watch this one and my Sky. Even now, there are eyes that reach from the darkness."

"How? We've only just begun." Sky said, listing to his side in a drift on the breeze. The chains moved through the air with the grace of a serpent. By the Collector's will, the metal was alive swimming with Sky and his thoughts.

Silas' flared his nostrils with an exhaling breath. He himself could not answer the question of how. It was a feeling.

Faust would come to them.

Looking out across the city, his thoughts removed from Sky and how her attention began to shift from the task at hand to the rest of the roof. Naturally curious, ghosts spent a majority of their time floating between realms, searching their surroundings for traces of life they could consume. It was a habit Sky could not shake.

With piping and loft outcroppings, the roof was far from flat with dozens of corners, nooks and overhangs. Rising steam from release pipes and dancing shadows against the dim light of the night. Away from Silas she swam to a broken air conditioning unit that said as a broken metal box on the roof. Sitting, she waited. Staring at the back of Silas on the roof's edge and the chains that trailed from her to her keeper. Kicking her legs back and forth in wait. She looked past him to the flickering lights of the city and the sliver of the sun's white light on the horizon of the dark skyline. Morning was not far off.

Then a ruffle of movement from behind.

Instinct to know. Sky leaned back as far as she could go, her head pivoting backwards to be upside down over the broken metal unit on which she sat, looking for the origin of the sound. With just the twist of her hand against metal, her entire body turned as a flowing white sheet in the air facing away from Silas.

Again, there was movement.

Over the air conditioner's remains, looking down over its other side and across the building's roof. Inwardly, Sky was hoping for the wayward life of some rodent. A light snack.

Moving shadow, different than the billowing smoke. A defined line in the dark, disappearing further across the roof, behind a large boxed vent. There was still plenty of slack left in the chains to allow further investigation in her playful hunt. Silas could stare over the edge for hours if Sky said nothing.

With another push of her arms to propel her weightless form forward through the air, she was the perfect predator. Even more so than Silas as her every movement was silent.

To the vent's corner, Sky playfully pounced around its edge, ready to corner the small creature but there was nothing. Confused, her shoulders fell and her excitement drained from her.

She was certain there had been something there. The vibration had been distinct but it vanished.

Rising up, Sky cast a look back over her shoulder to see Silas still where she left him on the roof's edge. He was looking at what would become the enveloping light of morning.

A loud cawing jarred both Silas and Sky from their distracted thoughts. Their movements mirrored as they turned simultaneously towards the sound, Silas on the ledge and Sky floating several dozen steps from him.

The vibration had returned.

As if appeared out of thin air, perched on a railing within reach was a raven.

It blinked, cocking its head towards the ghost. Its sight focused on her.

The black bird flapped and readjusted its wings, letting out another bellowing caw. Its penetrating voice didn't deter the ghost who now held out her hands to beckon the black feathered corvid closer.

The creature's shrill voice cried out again, this time louder than before, an obvious protest to the spectre drawing nearer. Meanwhile, the Collector who only had a split moment to zero in on the raven in his sights had little time to object as Sky's weightless figure suddenly shot forward after it.

The black bird leapt from its perch and took to the air. Stray feathers flying free from the animal's fluster in escaping the ghost woman who gave chase.

Sky could most certainly rip its soul from its body if she so desired. And she desired. Desperately. So much so that she forgot Silas and the world melted into her hunger for the bird's soul.

Using the railing as a springboard, Sky leapt up towards the raven circling in mid air as fast as it could in an effort to get away from her.

Before a command to cease could leave his cold lips, the bird doubled back towards the Collector, catching him by surprise. Another loud caw, diving for Silas' face while Sky, in feral pursuit, was right behind it. Lifting his long arms to stop the bird's open claws, the raven cunningly veered away, leaving Sky on a direct crash course with the Collector.

All of Sky's strength hit Silas square in the chest. Sending his balance back over the precipice of the roof's edge. He lost his footing and his entire body grew light against his will. His eyes caught hers and the look in them. The hunger was rearing its ugly head at the worst of times. The raven was no longer a target, as the realization of her slip returned. The vibration sent through the chains was enough to snap the ghost girl back to reality.

Silence stole her voice as the horror of what she had done hit her. Silas, on the other hand, never felt any fear. In what was a split second reaction, the sigil on his hand burned. His hand caught the ledge, leaving his black height to dangle by a vice-like grip from another stone outcropping feet below the roof's ledge.

"Silas!" She was above his head, her voice  in panic. Peering down at him from the ledge, her hands held tight onto the one that held the roof. Her effort made little difference as despite being able to interact with physical objects, it was not to the extent of holding up the weight of an adult human.

Knowing very well why and never blaming her for it, with his will over the links, the chains churned. With the hand that held them, free from the ledge, the Collector whipped the metal upwards. Using them as leverage, he was able to shift his weight so that he could lift himself up.

Back on his feet, Sky grabbed hold of his hand and pressed the back of it to her forehead.

"I'm so sorry." She apologized again. Her Collector acknowledged her with a brush of his hand gentle against her cheek but his attention was elsewhere. Standing to his full height once more, Silas' black gaze was zeroed in sharply on the form of a stranger that had now appeared on the roof near where the raven was once again perched. Leaning against the railing, a young man in a dark long shirt and pants. His clothes and short hair accented by black feather. His blue eyes round, he stared at them with a deranged delight.

"If you fell to your death, would she be dragged to Hell with you?" The young man clicked his tongue against the roof of his mouth. He laughed again, another caw in its resonance while the raven at his side let out another shrilled cry.

Silas' shadow roared and his stone expression never changed, the chains whipping to the side in a show of emotion that Silas himself could never express.

The ghost woman floated back and away from the dark fire that began to envelope him. Giving space to her Collector and his power. And as the mark upon the Collector's palm burned, his fingers curled like talons, he stepped towards the Youth while the chains gave Sky the command to stay. All would be marked and collected.

The raven again took to the air while the Youth didn't move, his smile never fading.

The Collector was about to grab him when the young man's body disappeared in a flurry of feathers, swirling back into the form of a crow to join the raven circling in the air. Both flew back and away from Collector's approach. A small distance visibly growing between him and Sky as Silas stepped further across the roof.

In a turn the crow and raven landed on another spot between the ghost and the Collector with enough space between them that the birds could fly off again before ever getting caught. Cawing, they mocked Silas and Sky, jeering at their failure to catch them.

And soon, the voices of other crows rang out in chorus. One came to perch by its companions. Then another and then one more.

Five in total. Four crows and one raven.

Shape shifting to human in a flurry of plumage, the four crows changed their form. The Youth returned, alongside a boy, a woman and a man, all dressed in black clothing, adorned with black feather.

The four positioned between the Collector and the ghost. The chains lying on the ground, a tether between them.

"You wanted to find us." The young man stated, the woman and the boy snickering while the man remained silent, his eyes on Silas. "So, we came as you called. He has been eager to meet you. Of course, we all have, but he the most."

More feathers moulted from their bodies.

The raven, unlike the others, hadn't changed. It circled above before spiralling down in a smooth glide toward the further edge of the building beyond the group. To the one that was now standing there. 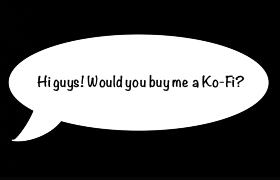 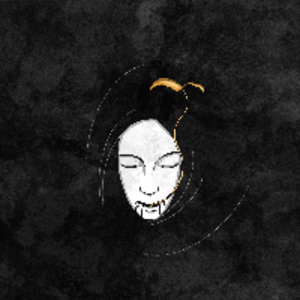 As if appeared out of thin air, perched on a railing within reach was a raven. 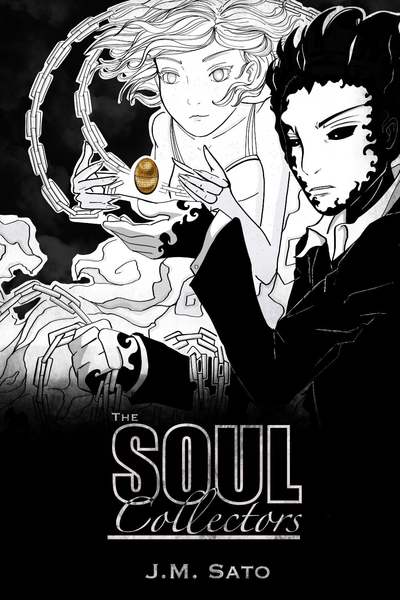 ENTER THE WORLD OF THE OTHERS.

The world beyond Death at the footsteps of Heaven and Hell. A world governed directly by the Fallen and the Divine.

Silas Meier sold his soul to the Devil for something priceless. In return, in a Contract of employment that has lasted over thirty four years, Silas does what he is sent by Lucifer to do. Chained to his ghost familiar Sky, Silas collects the souls of Hell's escaped without end. Without sleep. Without question. Awaiting the day his Contract would be finished and his soul would be returned.

The chance for the end finally comes when he is given the name of his final collection. The only one to ever escape the 9th Level of Hell. 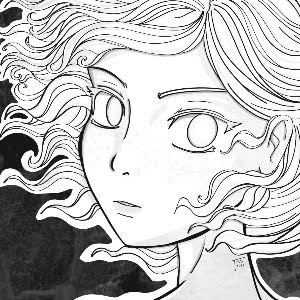