Usually swallows can achieve a size of 2 meters long, depending on their specie. But Emperor Cobalt Swallow is different. Their characteristic blue lines across their streamlined body and two pair of long, pointed wings. Its bold acute hunter eyes are as intimidating as its majestic beak. Even with their phenomenal physical there are two special features of this species: their immunity to Essentia direct attacks and the emperor bloodline: this trait channels Essentia to the Emperor Cobalt Swallow leader from every other Emperor Cobalt Swallows. As such, the band chief of Emperor Cobalt Swallows has twice the size as a fully adult swallow, and is responsible for the defense of their base, gaining the title of the Keeper. An Emperor Cobalt can live up to 200 years and that is why is so valuable in the black market.

-Are you saying that this monster is what I came for? No way, he’s like 4 meters tall!

-You idiot! That is not a creature you can take as pet, that’s their keeper! The nest with the little ones is behind him!

-I didn’t need your help!

-Yeah, yeah. Now get behind me, princess. I got this –says Leo as he gets ready to face the great swallow.

-Oh, so the girl controls fire and her boyfriend have ice? What a cute couple – jokes the giant Emperor Cobalt Swallow.

-Wait a minute… you’re a bird and can talk? Amazing! – says a visibly amazed Leo.

-You called me a bird?! How dare you? – says the Keeper, as he sends four wind slices from his wings.

Leo dodges 3 of them, while the fourth one was going to strike a scared Evelyn, Leo get in front of that and block it. One of his arms start bleeding from the slice impact. Evelyn seemed startled by it.

-How could I leave such a scaredy-cat like you get hit by a blast like that? You are holding me back by being here. Get out of here, while I hold him back.

-I can’t leave without a Cobalt Emperor offspring. I would bring shame to my honor.

-What good does the honor when you are dead? Get out of here now! – says Leo as he shields both of them with a block of ice.

-You are right, you can’t because I will not give you that chance! -says the Swallow keeper as he jumps to their back at a terrifying speed, blocking the illusion entry.

The cave starts freezing, starting from the area where Leo had touched. The ice froze the Keeper’s legs, but he breaks out effortlessly.

-You are even more stupid than you look kid. Didn’t you know that I’m immune to Essentia spells? And nothing can escape my eyes!

-You’re right, I’m not super bright like everyone. -states Leo smiling – but I’m no pushover either. JAX, CATCH!

Leo slid a scared Evelyn through the ice, below the Great Swallow body, and throwed her through the cave’s exit to the shock of everyone.

-Well, well, well… throw away your friend so that she doesn’t hold you back. You humans are despicable cratures. – taunts the swallows’ keeper, trying to get on Leo’s head as he attacked.

-If we are literal, yeah, I throw her away. But she’s fine for sure and I can concentrate on ya now!

Making use of his own Essentia as a light source, Leo used fragments of ice to create a mirror ball, which blinded the Swallow Keeper. Leo quickly jumped above its head and gather his Essentia.

A hardened ice hammer is created on Leo’s hands, as he lands a strike on the Keeper, smacking it down. Leo’s is breathless and depleted his Essentia reserves with his last attack, the frostbitten present on his hands is a proof of it. Leo slowly heads to the exit to see if Evelyn and Jax were okay.

-A little heads up a little earlier would be great for the next time. – says an annoyed Jax.

-hehehe. Sorry, it was an emergency.

-You asshole! I almost died because of you!

-Yeah, she’s alright. That fool mouth of hers is proof of it -states Leo, relaxing for a bit -YOU COULD AT LEAST SAY THANK YOU!

-Yeah, right. When I get you, I will roast you up!

-Always a lady’s man, huh Leo? Did you get what we came for? Where did this purple light end up? – asked Jax holding the feather.

Before Leo could react, the Swallow Keeper catch him on his beak and flies up in the air, before landing in front of Jax and Evelyn.

-Let me go! How could you still be fine after my attacks? – asked a troubled Leo.

-Did you really believe that you get me with that attack? Not even great warriors of other eras could beat me, and you think a brat like you could? I am the Cobalt Emperor Swallows Keeper! And you are even with him! -declares the Swallow keeper as he throws Leo to the ground, fixating his gaze on Jax.

As Evelyn and Leo prepare to attack him again, the keeper slaps him with his wings and knocks both of them down. After effortlessly get Leo and Evelyn out of commission, he focuses on Jax.

-Now you boy. No one is here to interfere anymore; I’ll get my revenge now. 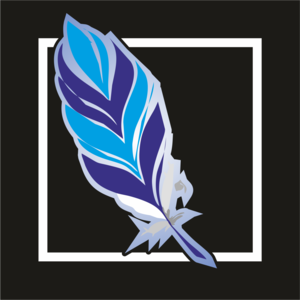