Leo and Trish arrive to the valley when the moon replaced the sun in the sky. Before Leo or Trish could react and search for Jax, something got behind him and grabbed Trish. Turns out it was the keeper.

-Trish, I thought I would never see you again. Knowing that you were so close, yet so far was so painful. – vented the keeper as Trish petted its head.

-I can’t believe you are here now! I missed you Thorvin -says Trish while hugging the keeper.

-I missed you too Trish. – responds Thorvin, changing his focus to Leo – you were telling the truth after all.

-Why would I lie? Now where is my brother?

Thorvin lowered its head, revealing an injured Jax on his torso. Leo got enraged on seeing Jax’s state.

-You bastard, I met my end of the deal! I knew I couldn’t trust you! What have you done to him.

-Hold it, kid. I didn’t do that to him, that was done to him by himself.

-Of course I knew, he is my brother, how could I not know? -Leo jumps to the keeper’s torso and grabs Jax -Jax, wake up. Are you okay?

-You are a pain in the ass. Get up you rascal – Leo seems relieved when Jax could stand on his own.

-Trish, I really enjoy your visit. The boys told me that they were trying to get a youngling to give it to you.

-I didn’t knew Thorvin, but the boys were doing it for my sake. So if you have to punish someone, punish me.

-It’s so like you Trish, defend the others. I’m just glad you are safe -Thorvin flew to the cave and disappeared. A few moments later, he returns and lowers his head, revealing a hatchling with white feathers – Trish, this is Thalmo and he’s one of my own sons. He is treated as an outcast, due to his different appearance.

-That little guy is a Cobalt emperor? – inquires Leo while pointing it – Are you sure they didn’t deceive you? Hehehe

-Kid, I’m trying so hard to not knock you out. Be quiet. -Thorvin grabs Thalmo with his beak and sits him in front of Trish, whose eyes were shining – I can’t give him special treatment in the family nest just because he’s my son. So I want you to do the same you did for me, Trish. I want you to take care of him and give him the love you can.

-But Thorvin, it’s your son. I would love to take care of him, but don’t do it just for making me happy. And you would also miss—

-I’m not doing for you. I’m doing for him. You gave me a better life than I could ask, and now I can protect my own flock. And now I ask you to do it for my son. When he’s old and strong enough to comeback, he will know.

Trish picks Thalmo up and hugs him preciously with a joyful expression.

-I will take care of him the best to my abilities. And I will return every week to visit you with him, I’ll promise you that.

-Thank you, Trish. You can also bring your meatloaf if you want. Hahaha

-Now you kids, I can sense on that bag a fierce presence different from our species, but the same level of nobleness. Did you rob that egg from another sovereign creature? You really are greedy creatures, humans.

Thorvin looks into Jax’s bag, where he finds Leo’s gifted egg. The Cobalt Emperor touch it with his forehead and smiled. Leo didn’t like the Keeper’s attitude and take back the egg.

-Why do you think we rob it?

-Well, you were trying to kidnap some of my kin not long ago.

-Hmm... I guess you are right about that. Hehehe. But this egg was a present, so don’t get funny ideas. I always wanted a cool companion to go on adventures with me, so I am glad I got him. If I didn’t have him, maybe I would ask you if you wanted to travel with us, if not for your terrible posture.

-You really are shameless, making me a “cool companion”? Sovereign species like me or the beast inside that egg are too savage. Sure, he can be cute at birth, but its grow is exponential. It’s going to be really difficult to tame or even be in good terms with it. You can become his minions instead. – jokes Thorvin.

-I don’t want to tame it as a pet, I want him to be my friend. But if he grows out of line, there will be tough love waiting for him. – responds a firm Leo smiling.

-You really are crazy, but funny. -says Thorvin regurgitating a stone – take this. Think of this as a gratitude gift.

-Bleurgh. I don’t wanna to take that.

-Don’t be an idiot. This is a control rune, so that creatures can’t be unrestrained. I use these runes to keep in check the little swallows. An adult creature can’t be restrained by it, and a sovereign one maybe even impossible, but there is no problem in trying.

Thorvin throws the stone to Jax, who avoids it in disgust, landing on Leo’s face.

-Your egg, your responsibility. Thank you, mister keeper.

The keeper looks to Jax and seems serious.

-You don’t remember what happened before, do you?

-The last thing I remember was you giving us no choice but to get Trish if we wanted to live.

-So you don’t remember anything past that, huh? You have a very difficult path to walk, and your shoulders will be carrying big responsibilities. Your power can be the key to salvation or destruction of tomorrow. The only thing I can say to you is you will have harsh choices on your future, but I hope you won’t regret them.

-What do you mean?

-You’ll eventually find out, your journey is going to be a messy one, but you seem quite acquainted with it – jokes Thorvin looking to Leo -your brother seems goofy and reckless, but somewhat reliable.

-You’re right, I’m as reliable as it gets.

-Boys, we need to get back, Jamie is waiting for us, who knows if the people at the diner didn’t start a riot already for the lack of food on the table.

-Oh, yeah. I totally forgot about that.

-I was also absent from the nest for a very long time already and it’s time for their dinner – says Thorvin looking at the cave, flying to it. As he landed, he says farewell-Goodbye kids. I don’t have a doubt that we will meet again. And Trish, see you next week. Don’t forget the meatloaf please!

-You can count on me! See ya Thorvin, say goodbye to your daddy Thalmo.

Thorvin escape through the illusion, disappearing to the eyes of his friend Trish and her companions. A baby Thalmo peacefully falls asleep on Trish’s head and accompanied by Leo and Jax they return to the city.

Trish and the brothers arrive to the diner, where there was no one at sight. As Trish, worried, turn on the light, the costumers and Jamie suddenly appeared:

It was past midnight when they arrived, so their loyal customers and Jamie orchestrated a quick surprise to Trish, to celebrate the Sullivan’s 15 years of marriage.

-I’m sorry for not getting you anything, my love. So I arrange this with everyone.

-Oh honey, I don’t need anything else but you. – responds Trish crying of joy and hugging Jamie, when Thalmo appeared from the top of her head, yawning – Oh yeah, the boys got me your other present, its name is Thalmo.

-I knew you boys could do it, I never doubt it! Another round for everybody on the house!

The demon appears in a drunk state, with a tie around his forehead.

At the valley, the keeper Thorvin is trying to sleep with a smile, recalling all the memories of his childhood with Trish. But he couldn’t fall asleep due to an injury on his left side and the recall of its origin overlapped his dear memories; Previously, at the same time that Leo and Evelyn returned to Swallow’s Nest city, Jax had gathered a lot of Essentia below Thorvin’s grab and got unconscious. In an instant, his eyes open up and with a gentle movement of his hand, the pressure was unbearable for Thorvin remain in that spot, so he flew up.

«Unconceivable, he forced a sovereign with a simple Essentia ability. That kid…it has an identical power to M. Is just as Darkmore told, however I think it’s not the right time to tell them anything. They have to grow before knowing it»

As Thorvin was lost in his thoughts, Jax used attraction force to pull Thorvin closer to him. As the keeper resist Jax disappeared from his sight, reappearing behind him and with a violent turn on his hand, a dark purple orb was formed right beneath Thorvin’s left wing. Jax closed his fist, making it explode and injure Thorvin. At the same time, Jax coughed up blood and fall on the ground.

«I can’t believe he could even injure me; it exceeded our expectations. This kid’s power can truly make it happen»

Thorvin wakes up on the cave again, hurt but smiling as he watched over the Cobalt Emperor’s offspring.

-Nobody knows how this will end, but the future belongs to those who pursue their beliefs. Good luck kiddo. 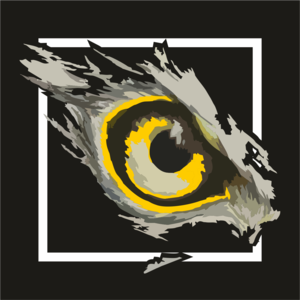