If there was one place where Luona knew to get good coffee in the city, it was that little coffee shop on the corner of the block in the third district, right about downtown, just there by the four way stoplight. The name he had never paid attention to, as he had seen the sign so often the words never registered within his brain, and he just as soon forgot as he walked through the door.

Today was such a day. As Luona pushed the glass door open, the bell jangling above him, the familiar scent of coffee wrapping around him, he found that he couldn’t quite recall the last time he had been here. Had it been yesterday or a month ago? Time seemed strange when he was running on little sleep and too much caffeine.

But even though he was tired, and he could have made an excuse that he was only here due to the lack of clean mugs in his apartment, he was here for a different purpose today. There was someone he needed to find. Someone he needed to see. In person, not over text.

And there she was, standing behind the counter, taking someone’s order. Her black hair tied back into a ponytail for work, though some locks still framed her face, her light blue eyes intent on the order before her. Ava, as her name tag proclaimed on her black apron.

Luona got in line, keeping his hands in his jacket pockets, glancing outside of the window at the swirling leaves. Fall had arrived earlier than he had expected. Somehow, he had expected summertime to last forever.

There, above the sidewalk, on the power lines, sat a row of black birds, all seeming like they were watching him.

Luona realized that he was at the front of the line now, and hastily turned his attention back to the chalkboard up behind Ava. “Uh…just a black coffee. Thanks.” And five, no, ten minutes of your time, he wanted to add. But he didn’t.

Did she understand? Or did she not? Still, Luona took his coffee and sat down by the window, waiting.

The rays of sunlight swept across the sidewalk, turning gray then golden and just before they reached the rosy-colored zenith Ava sat down in the seat across from him.

“Finally finished your cup, I see,” she said, letting her hair down. “Shift’s over. We can talk now.”

“Thanks,” Luona said, his hands still gripped around the now-cold mug that was lined with coffee stains. “How have you been?”

“Same, I guess.” Ava glanced over at the other barista who was sweeping up. “You don’t mind if Akira’s here, right?”

“Uh…” Luona looked him up and down. A young man, barely out of high school, wearing a backwards ball cap on his dark head. “Sure, I guess.”

“Look man, I just wanna go home, so if you could just finish talking and then get out of here, I’d be much obliged,” Akira said bluntly.

“Aren’t you going to help me clean up?”

Ava gave Luona an apologetic look. “Be right there.”

Luona waiting outside on the sidewalk. The birds had gone now, and he felt a little more relaxed. Ava grabbed her bag and jacket and headed out the door to meet him.

“Cool.” Luona started walking down the street. “Is it okay if we just go around the sidewalk?”

Again? For a moment Luona blanked; he couldn’t exactly the last time he had asked for her help, and it seemed like a blur to him. But he said nothing about it.

“Do you think that you could meet with me and some others this Saturday?” he asked. “Usual spot.”

Ava thought for a moment, then shrugged. “Sure,” she said. “If I can get Akira to cover my shift. I’m assuming you’re not going to be telling me anything until I get there?”

Ava gave a small smirk. “You and your secrets,” she said, and hooked her own finger in his.

It was a beautiful day, the way the leaves swirled on the sidewalks. It was beautiful to Luona because it felt like he was going somewhere, like he actually had a direction now. Case Z wasn’t going to be that hard after all, with these people by his side.

So why did he still feel so uneasy?

“Aren’t you coming?” Ava turned around and grinned at him, treading backwards through the leaves, her hands buried deep in her jacket pockets. “You always looks so uptight, Luona.”

“So?” Ava shook her hair out of her face, and turned back around again. “You should get some sleep.”

“Yeah, I will,” Luona replied, though he could feel how intense the shadows beneath his eyes were. “After I’m finished with Case Z.”

“Oh, come on. You and your work. Don’t you ever take any breaks?”

“They don’t need you dead of exhaustion. Come on, after we’re done with this case, let’s go on a nice vacation somewhere. When’s the last time you left the city?”

And there was that feeling again, sort of like an inverse deja vu…

“When was the last time that you left the city?” he countered.

She, too, had to think about it for a moment. “Dang, I really don’t know…I think we went to go see mountains and lakes once. Not sure.” But her face brightened up again. “See? A vacation will be the best for the both of us! We’ll go see the mountains and the lakes together.”

“Yeah, sure. I’ll ask the higher ups if I can take some time off…”

Of course, this was only if he could solve Case Z in time.

And he could, right? 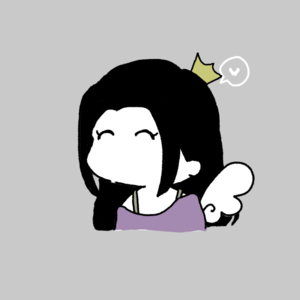 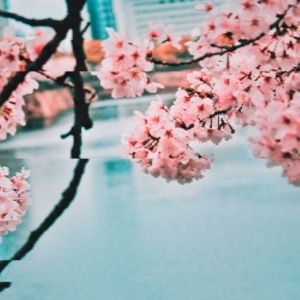