Satan is startled when he heard the news but still, he can't help but smile.

At last, you're dead Stefano. Kahit pala masamang damo ay namamatay rin. Whoever killed him, he has my thanks. Satan said in his mind.

Satan checked his phone to see who is calling him.

"Where are you Wrath? Have you seen the news?" Sunod sunod na tanong sa kanya ni Martin.

"No. I haven't. What is it about?" He knew that Martin is asking about the death of Stefano, pero gusto niyang sa bibig mismo nito manggaling ang balita.

"Stefano is dead. His plane crashes when he was about to go to the Philippines." Satan is suppressing his laugh when he heard what Martin said. He smirks, magiging madali na ang kanyang paghihiganti.

"Who killed him? And why would he go to Philipppines? We don't have business there." Kalmado niyang tanong, kahit umiigting na ang kanyang panga. Alam niya ang pakay ni Stefano sa pagbalak nitong pumunta rito sa Pilipinas. He must have realized that there is someone knows the existence of his daughter. Mabuti nalang at namatay ito bago pa nito makita ang anak, kundi ay mabubulilyaso pa ang plano niya.

"Come to Italy. I will also call the other five to ask them to come for the funeral. It's time for the six of you to meet each other." Iyon lang huling sinabi ni Martin bago siya nito babaan ng tawag.

The monster is dead mère! I will soon avenge our family. Stefano's family will fucking pay, with interest. Pagagapangin ko sa lusak ang pamilya mo Stefano, and it will be very soon.

"Salamat. Pupunta na ako." Satan said to the boy while smiling. It was fucking tiring to smile all day. But it is part of the plan, so he doesn't have a choice but to be a fucking good and respected priest here in the Philippines.

Satan already misses his mistresses. It's been half a year since he fucked a woman and it's not helping with his libido. How he wished that he could fuck three beautiful women right now. But he can't do that, it will have to wait after his done with his revenge.

Ahhh woman! I miss those long sinful legs and those swollen wet pussy wrapped around me.

He smirks and licked his lips with what he thought. Just the thought of it made his groin come to life.

It's time to spread the word God. How ironic, Satan is the one spreading the word of God.

"Everyone packs up! We're done!"

"And you are the best photographer, dear." Asmodues smiled seductively at Daniel. She is used to this kind of flattery and she enjoy every second of it. Daniel walks toward Asmodues and snake his arms in her small waist.

"You free this evening sweetheart?" Daniel whispered to Asmodues, while sniffing her neck.

"Hmmmm! Yes, I'm free this evening. Your place or mine?" Asmodues said as she moans.

Before Daniel could answer Asmodeus question, Kate, her personal assistant approach them while holding her phone.

"Excuse me, Miss Dues, you have a phone call." Kate timidly said to Asmodues and gave her the phone.

When Asmodues saw who the caller is, she immediately removes Daniel's hands on his waist and walks away from him before she answers the call.

"Why are you calling me Martin? Does padre want me to finish a job?” Asmodues seriously ask Martin as soon as she answered the call. It's really odd for Martin to call her, because when there is a job Stefano wanted her to finish, he would always call her personally.

"I guess you didn't watch the news at all. Stefano is dead, just this morning." Martin informed Asmodues.

Asmodues gasp when she heard what Martin said.

"Your joking, right?! Why would padre be dead?! Who have the guts to kill him?!" Asmodues couldn't help but raise her voice to Martin. The people in the shoot is looking at her with their eyes asking. She ignores them.

She knew that Martin would not probably joke this kind of thing, and also in their world, joking was the last thing they would do. But she still couldn't believe the news.

Stefano Vincezi is the most feared Mafia boss in the planet. It is impossible for him to be dead. Utterly impossible. Asmodues couldn't help but think that it's possible for Stefano to fake his death.

But what is his intention to conduct this facade?

"You know that I don't joke around Lust. It's true that Stefano is dead, we confirmed everything already. Come to Italy as soon as possible for the funeral." Martin monotonously commanded Asmodues.

"It is okay for us six to meet? You know padre wouldn't like that." Asmodues curiously asked Martin. Stefano adopted the six of them: Her, Mammon, Leviathan, Beelzebub, Satan, and Belphegor.

But, since the day Asmodues was adopted, she still didn't see any of the five. She just knows their names, because it was from the seven deadly sins in the bible. Stefano didn't permit them to see or to privately contact each other. There was a time when they are allowed to contact each other, it's when they have a big operation that needed the cooperation of them six. She was curious though, there was no Pride. Stefano only adopted the six of them and didn't adopt one more child.

"You have no choice but to come here and meet the other. The family's attorney will read Stefano's last will of testament after his funeral."

"Did you call the other? Will they attend?" Asmodues excitedly ask Martin. She is excited at the same time nervous. She wanted to meet her foster siblings.

What would be there reaction? Will they be happy if they see me?

"I already called Wrath. I will call the other after this." Martin ended the call after answering Asmodues question.

Asmodues smiled when she heard Martin's answer. Wrath. She has a crush on him, they are not a blood related sibling, so it's okay to fantasize him.

I guess, it’s time to meet my Fratelli.

A man is sitting in the darker part of the room with a katana in his hands, cleaning them. He is brooding and intimidating to look at with his thick arms and neck full of tattoos.

"Tsuin, Martin called me just now, he said that Stefano is dead and I saw that it's all over in the news already. He wants us to go to Italy to attend the funeral and the reading of Stefano's last will. What do you say?" The man who entered said to the man with the tattoos and sit on the couch in the room.

"I'm not sure if his already dead or if this is just one of his facades. But I want to attend the funeral and meet our foster siblings. Shall we go Tsuin?"

Beel decided to leave. Alam niyang walang balak ang kapatid niyang sumagot. He stood up and walks to the door. Then he stops and turned at the man with the tattoos. "You don't believe that Stefano is dead right Levi?" Beel didn't wait for Levi to reply and leave immediately.

Levi smirk with what his brother said.

He knows me too well. I don't know if it was a bad thing or good thing.

A loud crash of a broken glass echoed the room as the man in black suite throws the glass in the wall.

" There’re not many people who knew where is padre going, I’m sure that someone betrayed the family Martin! And why is padre going to the Philippines anyway?"

“I don’t know Ammon. He didn’t tell me anything.” Martin curtly answered to the man in black suite who is called Greed. “Come to Italy for the funeral.”

Ammon frustratingly rub his head. He knew that Martin must’ve known something. It’s impossible for him not to know my father’s reason of going to the Philippines.

Now, that padre is dead, what would happen to the Mafia? My foster siblings would probably be after the seat of Mafia boss. Everything is a fucking mess! Just who the hell start this whole mess? 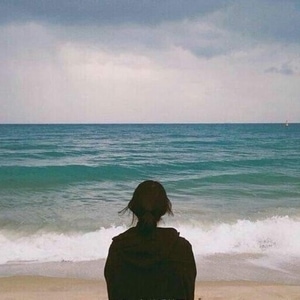 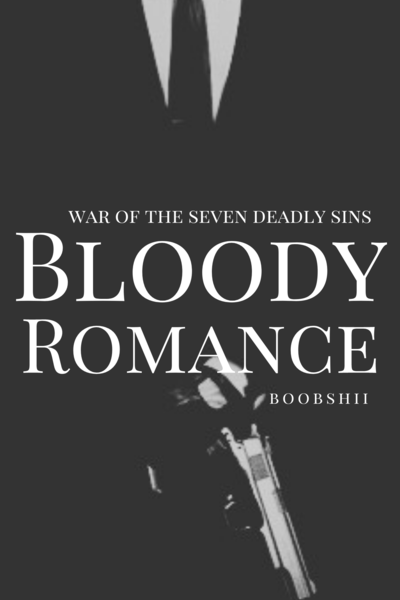 The game is war, and the goal is Pride. It's either you live, or you die.

The war of the seven deadly sins started when Stefano Vincenzi, the Mafia boss and the foster father of the six sins, died in a plane crash, with his last will of testament saying that whoever finds his daughter and marries her will be the next Mafia boss.

With the will in mind, the six would do everything to find Stefano’s daughter and become the next Mafia boss.

Meet Luci, the mafia boss's hidden daughter, an innocent, loving girl, who is forced to join the war of the seven sins by his father’s last will of testament.

Witness the bloody romance, deception, betrayal, and secret between the seven deadly sins. 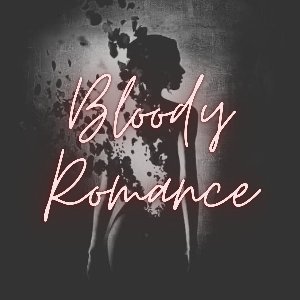