As Jacob turns around a sleepy Leo appears, rubbing his eyes.

– Is she cute? I hope she has a nice body though with soft boobs… being cute and have a twiggy body is like an ice cream without a flavor…just sad if you think about it. -says Leo while crossing his arms.

Jacob gets an angry expression and starts emanating Essentia from his body, completely changing his affable personality.

-How dare you utter her name and be so fouled mouth? Who the hell are you to talk like that about Miss SAMARA?! I must punish for your filthy mouth!

-What is going on Jacob? Why are you so mad-

Before Leo could even finish his sentence, Jacob throwed essentia blasts toward him, and made Leo evade it. Leo yawns as his belly grumbles.

-Jacob, come on. Someone can get hurt. Serve me another meal and we can get this behind us. What do you say?

-Keep talking like that, punk. I will dig your grave. Let’s see if you will still be a smartass when you are six feet under after Miss Samara arrives.

Jacob concentrates even more Essentia on him, making the all inn tremble as it resonated with him. From other rooms and from the ceiling several ropes condensed with Essentia aim for Leo, who dodges it. Leo stops joking and gathers essentia too.

-I guess I went too far, but it seems you’re not some run of the mill thug.

As Leo announce it, two iced beartraps grab Jacob’s feet and entrapped him.

-Why did you get up, it could it be so much easy…fuck, fuck, fuck -says an annoyed Jacob while aggressively slapping his head- why, why, WHY?!

-Damn, you are really screw up of that head…you should look for some help Jay-Jay.

-I’m done with your lack of respect brat…death is too good for you. I’ll plead to Miss Samara to take my time with you, slowly gushing out your insides on my hands.

As soon as Jacob answers, the whole inn start collapsing and the restaurant walls fall down and reshape. A scared Kai and unconscious Jax are trapped in their beds. The beds disappear and they are tangled on some strange ropes. The same ropes quickly extended to Jacob and break out the ice traps on his feet, and swirling his arms levitate Jacob. Several more ropes appear and point out to Leo. Kai and Jax start to get weaker as the ropes seem to absorb Essentia.

-My Essentia ability allows me to absorb Essentia from anything I touch, however my body is a little weak, you see. However Miss Samara gave me this Inn for my loyalty, which is now an extension of my body. What do you think, Mr. Leo? Are you finally scared?

-You bastard, it’s not a trick! This is the gift Miss Samara left me, someone unworthy of even to be mentioned by her. I will use this to arrest all of you and render you powerless until she comes to get you. She will kill you all. Shuahahaha -Jacob makes the ropes attack Leo and caught him, absorbing his Essentia.

-You know, I would never say no to meet a nice lady and for how you speak of her, she may be a beauty like no other I have ever seen. – says Leo as he gets wrapped by the ropes - but the thing is – a blue light emanates from the ropes and quickly freezes it, before breaking it -no one dares to threaten my brother!

An icy demonic arm instantly appears extends from Leo’s back and grabs the ropes that wrap his brother and Kai, severing it. Kai looks exhausted and is close to collapse, as Jax shows no sign of being conscious. Other arm comes out from Leo’s back and strikes the ropes sustaining Jacob and cuts it out, just like a sword slash. Jacob lands on the floor enraged, bleeding from his side due to Leo’s strike.

-You think you are a hot-shot huh? I don’t care about my life anymore – Jacob takes a green pill from his jacket and cracks it with his teeth – Let’s see what you can do in face of despair. Miss Samara will be welcomed with your blood.

Jacob’s body start shivering, and the ropes start to wrap around his arms and legs. Jacob looks tired and suddenly a group of ropes unite and pierces right through Jacobs chest. The bloodied ropes cover Jacob’s whole body except his face, which turned to a sickening purple color where a sadistic smile appears, vomiting blood. The essentia surrounding his body gets violent, which creates incredible air pressure.

-Look at this! A nobody like me receives the powerful blessing from Miss Samara. I can feel all the power accumulating in my body.

-Blessing? Your body can’t handle that power and you will die after releasing that power!

-Did it seem that I care about that? You brat don’t understand my love for Miss Samara! -with a look, Jacob unleashes some ropes against Leo again, but with a new level of speed that Leo couldn’t completely avoid, brushing his left shoulder. Leo gets in one knee in pain and collapses on the floor -My ability is now elevated to a new level, just a little touch and I feel like I could absorb at least 20 times more Essentia than before. I will suck up all you Essentia pool and then I will tear off your limbs. Miss Samara said just to keep you alive, didn’t said that you need to be whole. The other two will become my little bloody puppets, bleeding bit by bit as I can.  I’ll leave your bodies in an indescribable scene just a few moments before your life fades away as my last act of love Shuahahaha

As Jacob’s ropes were to wrap Leo, his body emanate more Essentia than before, freezing the most near ropes, freezing it. Leo breaks the brittle ropes and calmly walks up to Jacob.

Leo makes a up to down gesture with his index and middle finger of his right hand. Almost instantaneously Jacob’s left arm is tear off, gushing blood from it.

Leo gestures once again and tears off Jacob’s other arm, who looks more scared than ever. Leo makes a dark expression. He seemed like he was almost in a trance state

-I told you nobody is allowed to threaten my brother.

-There is no future for you, no matter how much you apologize.

Leo waved his right hand and the gathered Essentia turn into snow and started to flock around Jacob’s body. When Leo closed tightly his fist the snow formed different forms of rigid ice and trespass all Jacob’s body, and freeze the blood and area around the wounds.

Leo was exhausted, but still focused and dazed. A noise behind Leo put him on warning, and as he turned around ready to attack again, he saw a tremble Kai terrified, trying to instinctively cover an unconscious Jax. Leo got back to his senses and smiled, before passing out. The only trace of what he had done was on his burned out right arm from the cold.

«This boy is dangerous! What if he turns on me, he will do the same thing as he did to that guy. I should leave these guys right now and get away as far as possible. »- Kai thought while looking at the two passed out brothers, and getting out of the room.

Kai got his backpack and as he got to the door, he looked one more time to that oblivious scene and took from his coat a pocket watch. He grabbed it tightly and suspire.

Jacob was still breathing but not for long. As his heart stopped, the inn started to collapse and a Essentia field was created and explode it. At a safe distance, Kai looked at it while on his axel rhino. At the back of it, Leo and Jax slept soundly without worries.

«I hope I didn’t make the wrong choice»

A familiar wagon arrives to where the inn collapsed and stops. A pink hair girl pouts as she jumps off the wagon, with her teddy rabbit.

-That good for nothing idiot couldn’t get one simple job done.

Samara starts looking around the wrecks for something and found Jacob’s head. She steps on his face and kicks it several times

- You trash! I gave you the chance you wanted, and this is what I get? You scum, you don’t deserve that tattoo on your neck. – with her hand embedded on Essentia she cut through his neck, where the golden frog mark was, and cut it into pieces.

-You even broke my playhouse…

-Samara, is it done?

-Yes, but he broke my playhouse – says a crying Samara.

On the shadows inside the cart, a red eye glows and a voice is heard again.

-Don’t worry, you have lots of toys left, and you can always make more.

Samara stops sobbing and innocently smiles, like a switch was flipped.

- You are right, I really can. In our next town I will get new toys! I only need the right supplies. – a devilish expression reappears on the pink hair girl’s face, as she pats her teddy. 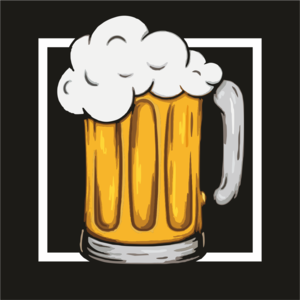