The sky was overcast with dark gray clouds. There was a chill in the air and Clover could see her breath riding the wind as she stared wide-eyed at the orcs trekking through the wet muddy ground towards her lord's manor.

This was only the cinnamon-colored, brown-eyed, black-haired half elf's second time seeing orcs in person and she could never get used to how big they were. They didn't seem menacing, but their size made them appear threatening.

"Orcs are such barbaric disgusting beasts," Opal said. " I don't even know why my lord would even insist on doing business with them."

Opal was Lord Delancy's favorite, to look at the breathtaking beautiful dark-haired elf no one would ever think she was a slave. Well dressed in the finest clothes and jewelry, running the day to day of her lord's manor.

"Well, whatever the reason, I'm sure it's important. Don't you think so, Clover?"

But Clover didn't hear a word Opal said. She was mesmerized, completely captivated by the approaching orcs.

Her heart was pounding against her chest, her breathing was accelerated and eager. She licked her lips and swayed back and forth. This did not go unnoticed to Opal as she wondered which orc Clover was staring at.
There was only one way to find out.

Clover felt a hand on her back, then a hard shove. She stumbled and tried to catch herself. But fell in a small puddle that splashed muddy water on the trousers of one of the orcs.

Clover was horrified, of course, it had to be the biggest orc in the group. She looked up and locked eyes with the orc who looked down at his trousers then back to her.

The hulky gray-skinned bald orc's deep gold eyes shined down on Clover like the sun. He rubbed his short, well-kept silver wiry beard as he towered over the tiny half-breed who cowered in his shadow.

His face was touched by time that gave him a more distinguished look than an elderly one. He was covered with more scars than wrinkles, every last one earned in the heat of battle and every last one worn with pride that shined as bright as his golden eyes.

Clover rose to her feet, keeping her head lowered and her eyes on the ground, she could feel the orc glaring at her and a low growl in his throat caused her to instinctively back away from him.

"Begging your pardon, my lords," her voice quivered.

Clover prayed to herself that Lord Delancy didn't see what just happened. But that man has eyes and ears everywhere, and she should have known better.

When she felt a hard pull of her jet black hair, "you will know your place slave," Lord Delancy hissed.

A swift kick on her backside sent Clover crashing to the orc's feet once more.

"I am terribly sorry Ouhgan," Lord Delancy said, stepping on Clover's head and shoving it into the mud. "You know good help is so hard to find these days,"

Ouhgan glanced down at the elf who remained unmoving under her master's foot.

"That won't be necessary," Ouhgan replied. "It accomplishes nothing and is not the reason why I am here."

After some time that seemed like forever to Clover. He took his foot off her head, she was finally able to get in a well-needed breath but knew not to move.

"Since you are the one who has been wronged in this offense. I'll let you decide her punishment."

"Just leave her be," Ouhgan hissed. "It was just an accident."

Clover released a low sigh, grateful that he was willing to show her mercy. Something that her master did not possess.

"How boring," he mumbled. "But, as you wish I shall leave her be. Now, I'm sure you are weary from your long journey. This way," he extended his arm. "I'll show you where you can rest and freshen up before supper. First, we feast, then business."

Lord Delancy waited until he was sure the orcs were out of earshot before turning his attention back to Clover.

"As for you," he hissed. "I shall do as your merciful savior wished and leave you be. You will stay there like that until I say otherwise."

The sun had begun to set and Clover's body was chilled to the bone, shivering uncontrollably from the cold that cut through her like a knife. At least now she couldn't feel the pain in her legs from kneeling in the same position all day.

Clover raised her head to see her master glaring down at her.

"Go clean yourself up, you're absolutely disgusting."

She slowly tried to stand up but fell. Her legs were too weak and numb from the cold to balance herself. She tried again and looked like a newborn calf trying to stand for the first time.

"Next time I'll leave you to freeze to death, do you understand me?"

Clover warmed herself by the kitchen fire. Opal had insisted she clean herself outside, and the whole time all she could think was one of the orcs walking outside and seeing her half-clothed.

"Those orcs drink like fish," Lord Delancy busted through the kitchen door.

He picked up a pitcher of wine and shoved it in her chest and pushed her towards the door. She hardly had time to warm herself and Delancey was already pushing her back out the door.

Clover took a deep breath and started down the corridor to the dining hall. Her fingers were still stiff and tingling from the cold. As she got closer she could hear music and laughter. Her heart dropped to the pit of her stomach. She didn't want to see that orc again. She was sure Lord Delancy called him Ouhgan. She had been embarrassed and humiliated in front of him, and even though he had granted her mercy, he sounded annoyed when he did it.

Maybe he won't be there, she told herself. Maybe he doesn't like big extravagant feasts with delicious food, drink, and women.

Clover's shoulder slumped as a low groan escaped her lips. What orc wouldn't want free food and drink? She took a deep breath and stepped into the dining hall.

The orcs were having a good time eating and drinking, laughing and flirting with the playful elf maidens. There were a total of five orcs in all. All enjoying themselves except for Ouhgan who drank and ate quietly to himself.

Clover made rounds keeping the cups full and Ouhgan hadn't even noticed her until one of the orcs made sure he did.

"Hey Ouhgan look," the black-haired green orc pointed. "It's the Little Bird that fell for you."

Everyone in the room laughed and Clover could have died of embarrassment. Her face flushed red and she clenched the pitcher to her chest and tried to make herself as small as she could, wishing to just disappear.

Ouhgan held his chalice up beckoning Clover to fill it. Clover could feel every eye on her as she walked towards the orc. It was the longest walk of her life and she dared not look at him.

She raised the pitcher to pour Ouhgan a drink but her hands were shaking from fright.

"Steady your hand Little Bird," Ouhgan's voice silently thundered. "I do not bite."

Clover took a deep breath, steadied her hand, and poured.

Clover finally managed to tear her eyes from the ground and glance up at him. His unblinking golden gaze stared down at her with an intensity that made her look away. His eyes were hard and stoic, Clover couldn't tell what he was thinking. But she was happy that she had managed to capture his eye, even if it was just for the moment.

He gulped down his wine then held his chalice out for more. Everyone in the dining hall went back to enjoying themselves once they realize Ouhgan just wanted another drink.

"I wish I had some grog," he gulped down his drink once more, eyeing his empty chalice.

"This wine is a ladies' drink, meant for ladies."

Clover giggled at the obvious joke meant for her master, then looked away when Ouhgan glanced up at her.

"The Little Bird laughs," he grinned. "You bring a sweet smile with your sweet wine Little Bird."

Clover flushed red and looked away from Ouhgan. Her heart was pounding against her chest so hard she was sure it was going to explode. She felt an intense heat welling up in the pit of her stomach and dared not look at him.

"Clover!" She heard the familiar voice of her master's call.

She turned her head to see her master's empty chalice held out. Clover scurried off towards her master to fill his cup. Never in her life has she been so happy to see him.

"I think the Little Bird likes you," one of the orcs whispered in Ouhgan's ear.

"Well, I think you better tell that to Little Bird. She's about ready to have your sons." 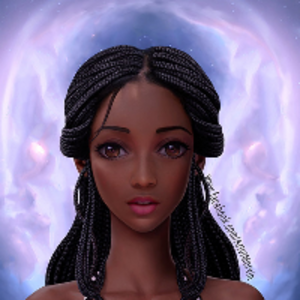 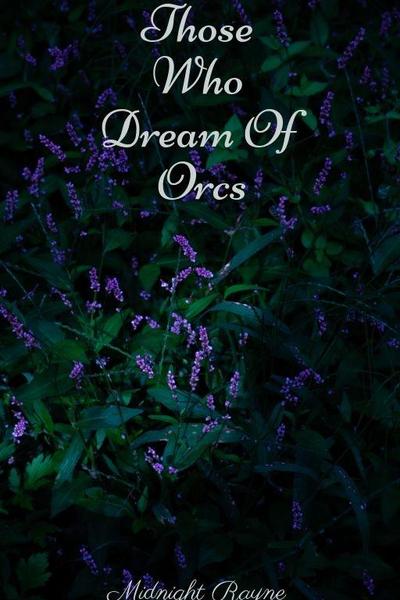 Who knows what secret will be revealed in collection of elf orc loves stories. Perhaps even a familiar face with pop up.
Subscribe 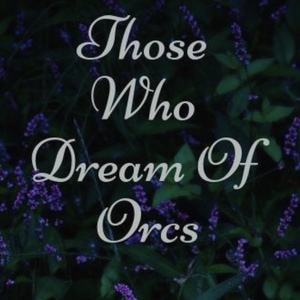