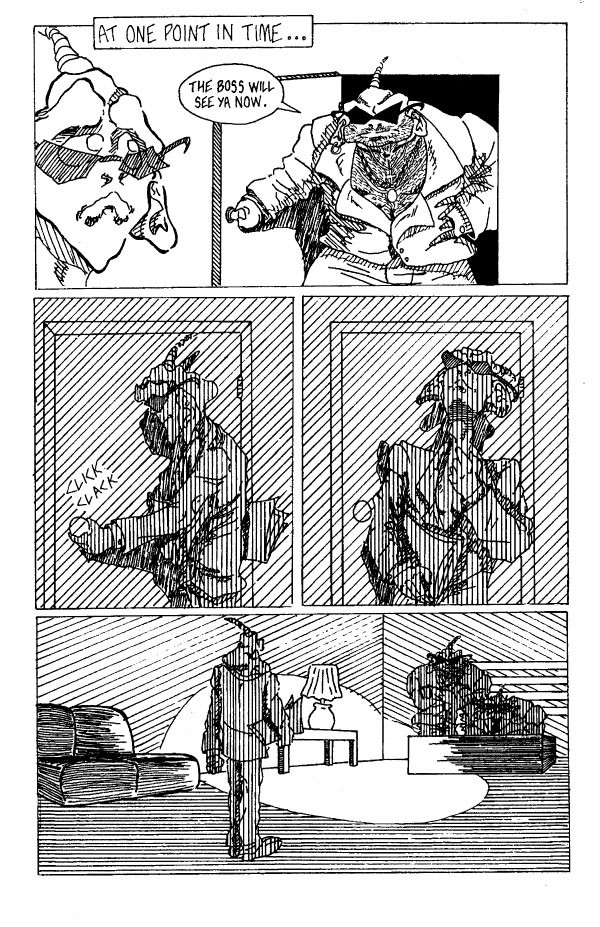 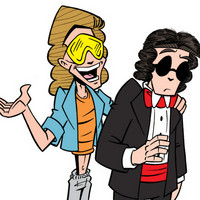 And here's out very first page. At one point in time was a pretty vague opening, but it turned out not only useful as we went on, but very appropriate as we jumped around a bit in the early stories and then did a big jump later on.
Dressed For Success was conceived many years before it was published in 1991. It started with goofy drawings based on it's creators and some doodles of these monstrous guys in suits and glasses chasing them. We also had some superhero comic ideas and other stuff, but years later when we decided to try our hand at the comic thing, these were the guys we turned to. Little did we know it would endure the way it has. 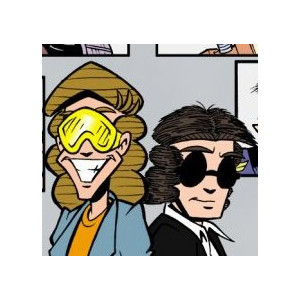 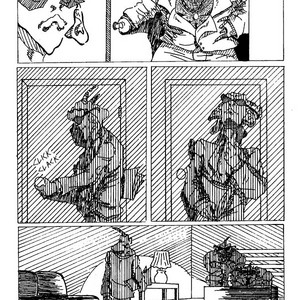