Jax is seen in the dark running, scared. He hears footsteps getting closer, but Leo is nowhere to be seen.

-Leo, where are you?

A big explosion happens, and Leo and other person’s silhouette appear. Jax run to it and as he got close to them the dark person suddenly appears right before him and forms a dark red Essentia orb to kill him. However Leo gets between Jax and the attack, receiving it on his back. Leo’s face doesn’t appear, but his body is all worn out and bleeding. As Jax starts crying, Leo smile grinning can be seen.

-Don’t you worry Jax, I’ll protect you with everything I have.

As soon as he says that more people appear behind Leo and strike him out, as Jax seems to be pulled away from them.

Jax wakes up with a tremendous headache. As he tries to get up, he quivers as he touches something so cold that almost burnt his hand from the cold. Jax immediately opens his eyes, and his fear became true.

-Hey, Jax. Did you sleep well? – says a weak Leo, who’s right arm is completely frostbitten due to his last battle.

-LEO! What happened? Who made you use so much power? It’s them, isn’t it? We have to get out of this inn as fast--

-Calm down Jax. We already left the inn, rest for now. I think Kai got us out in time.

Jax looks around, they are on the road again, on the axel rhino at dawn. Kai seems restless and with a serious look.

-Who’s them?! I thought you were going to protect me, I paid you for that. And now you are running away from something I don’t even know about and be troubled by it?!

-Kai, if I told you about it you would be in even more danger—

Kai stops the axel rhino and looks even more angrier.

-More danger?! Are you kidding? You were unconscious yesterday, so you don’t even know the battlefield we just left! Look at Leo, he’s more dead than alive and he only fought one guy. The fucking inn collapsed in a Essentia phenomenon that I’ve never seen. How am I supposed to accept to be kept in the dark Jax? If it weren’t for me, you would be dead by now, below the wreckages of the inn destruction.

-Jax, he’s right. I think we should tell him.

-He saved us if it weren’t for him you could have been taken this time. -Leo sits down in pain, trying to look at Kai-I think you deserve to know about this, Kai. -Leo sighs – It all started 5 years ago, when we were just 2 kids. Jax has been sick since birth and he couldn’t even move well, we tried to get someone to help him out, but no one knew what was wrong with him. Didn’t help that we lived in the Asmund slums and had no one to take care of us, so we just had to do it ourselves. -Leo has past flashbacks, where he is mugging some food and getting into fights.

-Then someday some old man appeared when we were sleeping, and did something that look shady to Jax, who screamed with agonizing pain. I was already familiar with my Ice ability and was confident as I defeated several guys with it, so I thought that I could strike down some old fart. I guessed wrong; he nailed my on the wall. Hahaha, ouch!

-I’m alright, this pain will be gone in a week or so. -Leo engaged Kai again – But he was not really hurting Jax. He not only didn’t want to harm us, but he even helped out with Jax’s condition, something that no one in the city could or know how. He seemed to know all about it, and my brother who couldn’t even get up without fading out if he carelessly contacted with essentia, suddenly he could even naturally conjure Essentia. The geezer left before I could convince him to take us with him, he knocked me out cold. - Leo’s arm was getting even colder and Leo flinched. Jax decided to continue the story so that Leo could rest.

-Yeah, he wouldn’t shut up, so he had no choice Leo. That day the old man gave me another chance to life, a better one where I could do something instead of depending on Leo all the time, I was no longer a cripple. He talked about some weird things that I couldn’t understand but talked like he knew about the future. Short after, he left without a trace. That’s when it started.

-The hunt – said Jax with a soulless expression – Somehow the Nation took interest in everything he had done and since that year they tried to catch everyone that have been in contact with the old man, charging them with treason, sentencing either to lifetime prison or death.

-What? The old man you talked about is Luther Darkmore?!

-Who in the world doesn’t know his name? Luther was considered the most wanted man on the Nation’s black book. He was a murderer!

-No, he was not a murderer!

-Yes, he was! He almost wiped out all Asmund’s defenses by his own hand. Friends of mine died that night!

The brothers looked at each other and stand in silence. Kai continues the conversation.

-So the guys who are hunting us down are Nation’s henchmen?

-Yes, I think the Nation is trying to get us. – Leo giving Jax a slick look -I don’t know what you want to do Kai, now that you know that we are Nation’s targets. -Leo stands up, clearly in pain, gets his stuff and jumps out of the axel rhino -I guess you are right about that being with us can be more harmful to you, so maybe it’s better we go separate ways. Certainly nobody will puke over you again hehehe. Jax, let’s go.

The brothers jump out of the rhino without Kai saying anything, and left on foot.

-Leo, I think we did the best for him.

-Yeah, I do too but I was getting to like that guy. – Leo looked sad – I don’t know if I could protect him of them, being the Nation or the others. I don’t wanna cause more trouble to Kai than he needs.

-We did the right thing, that dark guild is far too dangerous to not take them seriously. It was them that attacked us in the inn, right?

Leo has the flashback of the previous fight with Jacob. As he dodged and stroke some ropes out, he sees the black frog tattoo on his neck.

-Yes, golden frog guild. I guess they are not taking us seriously yet, as they sent another psycho scrub instead of any Croaker. We are not strong enough to fight them off, so lucky us. I don’t know if it wasn’t better just to give up that log.

-They aren’t sure that we have it, or they would prioritize it. And Darkmore left us this, his last memoire. He said we would change the future, and I’m pretty sure we’ll need this. The thing is to understand what he has put in here, decipher the riddles and codes he wrote. There’s no way that this doesn’t have something invaluable as it is something both the Nation and the Golden Frog want. -says Jax holding the notebook-This has the answer to where will go next, no doubt about it.

The brothers sit down on the road, deciding what to do, while Jax try to decipher another page of Darkmore’s notebook.

-I guess it’s just us again Jax. I was getting used to ride that rhino and having that moustache jerk always yelling at me…

-Moustache jerk, heh? Maybe I should really leave you here.

Leo and Jax look back to see Kai and his axel rhino standing there. Kai smiles.

-So you just left, and you already miss me huh?

-Just jump back here brats. We have a long way to go. Did you think your story would scare me? My life is always a gamble, danger is part of it, all the way.

Leo smiles to Kai, who smiles back. However Jax seems worried.

-What if the Nation attack us again, you were saying? I thought about it and got it: I give you to them. -says Kai with a crazy expression.

-Yes, I give up you two for safe passage for me. That’s really clever of me, don’t you think? I think I can get some extra on the side too.

-You vicious snake, how do you expect to get us now that we know your true intentions? – says Jax taking a fighting stance – Don’t worry Leo, I got this. Leo?

Leo was nowhere to be seen.

-Jax, come on now. No time to waste right? -Leo appears on the top of rhino mount.

-What are you doing Leo, didn’t you hear him?!

-Jax for someone as clever as you, you are a blockhead sometimes, aren’t you?

-What do you mean?

-Do you really if it were his plan to deliver us to the Nation, he would tell us? And you Kai, why do you have to be a jerk like that, scaring Jax?

-I think you have to let this one slide, since I saved your ass, right? Ahahaha – jokes Kai, while offering his arm to help Jax climb up and smile– Jax, let’s go. We have a dangerous journey ahead of us.

Jax climbed up and the three of them resumed their journey across the Jarwen Country, feeling confident about the future ahead. 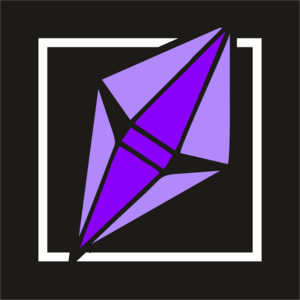