After two days of waiting for Max to come back with the dragon, I finally couldn't help myself. I had to do something instead of just sitting by James' side and watching over him. As Alex had paperwork to do, he entrusted me with surveying his beta's vitals and being there in case he woke up, which I doubt will happen anytime soon. The nurses could have done the same thing, even better if I really think about it, but they were busy with all the others injured and we weren't so selfish as to assign one nurse to James and at the same time keep her from helping other pack members. That's why I was the one staying with him for the past few days, but now I couldn't help it any longer.

I contact Alex with the pack's link and ask him if he can take my place for only ten minutes, the time I needed to go outside and take some fresh air in. After the small outing, I will be able to stay confined inside this small room smelling like chemicals for another two to three days, before needing another breather to keep me from going insane. Normally, I can stay a good few weeks or even months inside, as long as I have my books, but the situation is way too stressful for me to be able to concentrate on the words written in front of my eyes. Stress isn't good for the baby either.

Hearing the alpha's answer, which is that he isn't too busy right now and can take a break to come here, I let out a sigh of relief and stand up. My legs emit a few satisfying cracks and I hum slowly at the numbing feeling spreading through my body, enjoying it with my eyes closed for a few moments longer.

There is nothing like the good feeling of finally standing up after so many hours of sitting on a hard chair.

I hear a deep chuckle and turn around to see Alexandre standing at the door. I must have been in my mind for longer than I thought if he was already here. Surely seeing my raised eyebrow and my curious mood at how fast he managed to get here, the alpha scratch the back of his neck in an embarrassed manner before opening his mouth to hopefully answer my silent question.

"Sam isn't feeling well because of his pregnancy, so I was already on my way here to consult with the doctor when you contacted me. I will just go see him when you return from your break." He says with a slight blush. I can tell that he is somewhat a little embarrassed at how whipped he is with his little mate. I don't blame him though, it is in the werewolves' instinct to be protective of their mate, even more so when said mate lived a pretty bad life until now. In fact, I'm a little jealous. I mean, I would have preferred a protective mate like Alex instead of the one I got that raped and rejected me. I don't even know if I will get a second mate, not that I deserve one, and even then, what tells me that he or she won't refuse me for one, being my worthless self, two having been used by another and three carrying the child of an unknown werewolf. These three reasons are pretty good to reject me, even the first one is enough all alone. I do not mind if my second mate is a female alpha or beta or a male, all I want is someone who loves me or just my baby. If I need to be in a loveless relationship for my child to have another parent, then so be it. As long as it brings him or her happiness. I'm even debating if it's not better to put them up for adoption, considering all the mixed feelings I have for them. Maybe they would be better without me, I'm pretty sure I'm going to be a bad parent. However, I read many stories where it ends badly for adopted children and the welfare system here isn't all that good. I can't risk my baby ending up in a bad family just because I'm afraid they won't be happy with me. It would be too selfish. At the same time, what if they feel inferior because they are adopted? Or feel like I hated them? I can't have that happening. The only thing I can do is to try my best to overcome my demons and offer them all I have.

I nod at Alex and then go on my way to the backyard. Passing by a few people on my ways, I nod back at them, only to flinch and nearly trip over nothing but air as a young woman watches me and my stomach with disgust before walking away with a pronounced sway in her hips. I know that not everyone can accept a pregnant omega with no mate, but what gave her the right to judge me openly like this? I wonder what she would have done if she had been in the same situation as me. Probably abort the baby. I swear on the Moon Goddess, people are so rude those days. Well, now that I think about it, I probably would have been criticized by everyone if we had been a few centuries ago. A child outside of marriage wasn't really seen in a good light. Maybe it's better nowadays finally. One or two narrow minded people won't kill anyone or cause any harm. Hopefully.

Not realizing I had already reached the doorway; I nearly face planted in the door's window if it wasn't for an elderly opening the door just at the same time. The older lady with soft wrinkles reprimands me for a good five minutes about not walking with my head in the clouds and how I could hurt myself or my baby with these kinds of habits, before finally letting me go with a departing ruffle on my head. I guess I can still have some hope in this world.

I walk down the stairs, breathing in the fresh air and feeling the forest scented wind on my face, ruffling my hair just like the elderly did a few minutes ago, before going near a big plant in a vase. It kind of looks like a small bonsai, which is really cute. Observing its small green leaves more closely, it is no wonder that I'm caught by surprise when someone suddenly pushes the vase on me, my body trying to stabilise itself under the heavy weight, only to fail, causing me to crash to the ground. I groan in pain as the miniature copy of a bonsai drops on my leg, keeping me from getting up. Looking at where I think the culprit of my fall was, I'm stupefied as I see many people running toward the mansion, fear evident on their face, as if they had just encountered a monster. I turn my head, trying to see what scared them, only to see a giant dragon coming down toward us. Its green and grey scales reflect the sun, making my eyes squint a bit, but what really transforms my nerves into a bundle mess is the big claws that his paws are sporting along with his razor-sharp teeth showing through his lips. I am so dead if I'm caught by it.

I try in vain to free myself from under the vase, but the weight is too great for my frail body, even more so as it did nothing but stay seated on a chair for the past two days. I feel the ground shake under my legs, only to look up and see that the giant lizard is now standing just a few meters away from me, staring my way with a predatory gaze. I'm so done.

It comes toward me, seemingly considering me as his prey with how he is walking low on the ground with slow purposeful steps. I freeze as his head stops just before me, his hot breath spreading over my face and making a bird nest out of my hair. What's the thing with messing my hair today?

I gulp as silently as I can as his head decreases more and more in height, finally coming to the same level as my stomach, the small bump showing through the white t-shirt I decided to wear today. As his rough pink tongue comes out of his mouth and tentatively licks my protruding stomach, I feel all the air leave my lungs and the world starts to spin around me.

As I fall into a deep sleep, my only thought is that at least Max succeeded in bringing a dragon and by doing so, James will be saved.

Hey dear readers, they finally met! Poor Bart got the scare of his life. 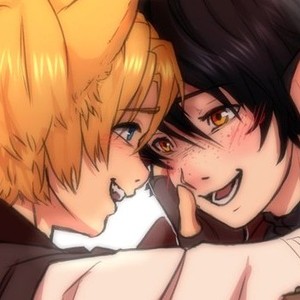 Big scary dragon licking you at first meeting? Yeah, i might faint too... 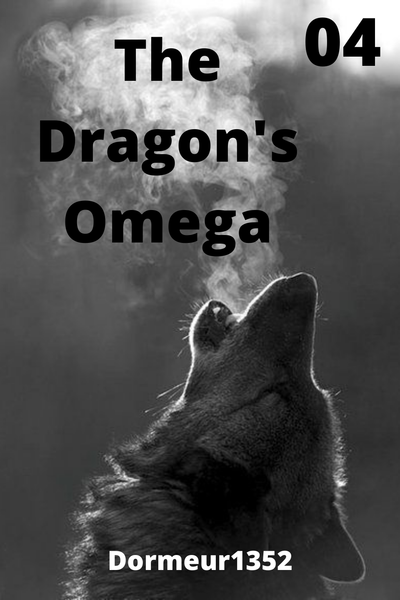 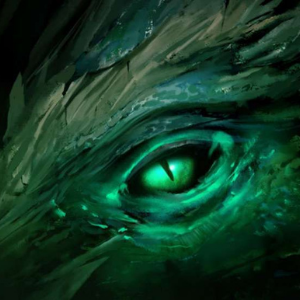