Rising of the Elf Queen

Kali looked down at her hands, making a fist every so often to make sure her motor skills had completely returned. It had been a few hours since the attack at the pub and sue was now starting to feel healed thanks to Stanford's medicine. As the elf began to gather her things, Stanford stood behind her, arms folded and his gaze locked onto the back of Kali's head.

“So, what's your plan?” he asked nonchalantly. “You're gonna have a bunch of assassins coming after you soon, you got a strategy to deal with them?”

“Aren't you elves skilled in elemental magic? Why not use some of that?”

“You seem to know a lot about us elves,” Kali stated. “As for why I won't use magic, it's because I can't, not very well at least.”

That caused the young warrior to raise an eyebrow. “You're a 100 year old elf and you aren't skilled in magic? That'd be like me being unable to walk at my age.”

“I'm ninety-three and it's kinda hard to learn while on the run,” the elf spat. “I was still a novice before I was forced out of my kingdom, the only thing I mastered was a wind spell.”

Stanford made a disapproving sound. “So you've got no magic, no weapons, you're as thin as a twig and somehow you're not pissing your pants at the thought of a bunch of well trained killers coming for your head?”

Kali's face suddenly hardened as she turned to look at the warrior, giving him a face that Stanford had yet to see the elf make. It was one of pure determination and will, her sharp green eyes piercing right through Stanford's soul and sending shivers down his spine. It was as if she had grown several feet and were looking down on him from above.

This was the look of a ruler.

“I am the future queen of the drow elves,” Kali told him in a commanding voice. “If I am weak in the face of danger, then I have no right to that title. I will face every challenge head on, and I will overcome any obstacle in my path by any means necessary.”

The young warrior was almost at a loss at the weight of the elf's words. The way she spoke was as if she could move mountains through sheer will alone, and for some reason it lit a fire within Stanford's belly. He had to fight the sudden urge to get down on one knee and bow his head in fealty at the young princess.

This girl, Stanford thought, a shaky smile appearing on his face. She's far more interesting than I thought.

“Alright,” Stanford smirked cracking his knuckles. “I'm coming along with you to your destination. As your sword.”

The elf gave him a disbelieving look. “Why the sudden change of heart?”

“Don't get me wrong, I still expect you to pay me for this,” Stanford explained. “But I wanna see what your determination is really made of. If I'm dissatisfied, I'll just leave you.”

Kali blinked a few times before scoffing at Stanford's words. “Alright then, I welcome you as my sword,” she said haughtily. “And if you break, then I'll toss you aside. Deal?”

“I've contacted a friend of mine who can help us.” Kali looked ahead toward a group of mountains in the distance. “We need to meet up with him at a rendezvous point.”

“A lot of assassins are gonna get to us before we make it, some I know very we,” Stanford spoke. “However, if we're fast, we should get there by nightfall, and I'll do my best to fight them off.”

Kali rolled his eyes at the boy but said nothing, instead she held out her palm in front of her as it began to glow. The young warrior watched in awe as Kali's glowing hand suddenly produced a nearly six-foot-long staff from thin air. As the glowing subsided, the elf princess took a look at her newly formed staff and twirled it a bit.

“This should do,” she smiled. “It's nothing like my royal weapon at home, but with this I can at least defend myself.”

“Seriously?” Stanford snickered. “I'm supposed to believe a pampered princess like you can fight with that?”

“I'm no great warrior, but my people pride themselves in the art of battle,” Kali explained. “I've also been honing my skills these past three years, I do say I could even give my old master a run for his money now.”

“Sure,” Stanford shook his head. “Well since you seem settled, we should get going. I'm sure those assassins are tracking us as we speak.”

Kali nodded in agreement. “Let's do it.”

The sun was beginning to set, signaling the end of the day for the Elven Kingdom and its citizens. However, to Nessa, the current Queen of the drow elves, the sun setting signaled another day without her beloved husband and daughter.

It had now been three years since she had last seen either of them, though to her it felt much longer than that. She still remembered the last words her husband said to her and her daughter just before they sent her off to bed. Later that night she'd gone up to check on her, yet she was gone. And shortly after that, she learned her husband had passed away.

She searched endlessly for Kali, day and night, for months on end and yet she hadn't found even a single trace of her. It was as if she had vanished into thin air, and with both the king and the heiress to the throne gone, the entire kingdom was thrust into chaos.

After being forced to stop the search herself, Nessa now spent her days confined to her room, staring out her window in the hopes that she'd see her little Kali strolling up toward the castle walls. However, the more time passed, the more she was starting to think that day would never come. Still, she remained at her post, because to her if she didn't then she was acknowledging that she'd never see Kali again.

Even the sound of her door swinging open followed by small footsteps behind her didn't make her flinch. Instead, she simply closed her eyes and relaxed her shoulders, letting out a breath she didn't know she was holding.

“Mother,” the voice behind her spoke. “I've brought dinner.”

Nessa did not respond to the boy, though she did make a sound indicating that she'd heard him. The boy moved in front of her, placing the tray of food at the table she sat. He then followed her gaze toward the window, where he too let out a disappointed sigh.

“The soldiers you sent to look for her have returned,” he explained. “They traveled as far as our borders would allow them to, they haven't found anything.”

For a moment, he was met with silence, until Nessa spoke in a small, hoarse voice “...six months.”

“It's only been six months,” Nessa repeated. “Surely they didn't search the entire kingdom in that span, they are lying.”

“I don't care what they said, Idrill!” Nessa shouted. “Those ungrateful bastards just don't want to be burdened with the search, so they're making excuses for why they haven't found her! I want all of those men jailed!”

“Mother, you can't!” Idrill, the youngest son of the former king, stated. “Those are the few men that are still loyal to us! We can't afford to lose that, especially not at this time!”

Nessa's body relaxed again, as she placed her hands over her face. “I'm sorry,” she apologized. “I just....I can't bear it anymore....”

“I know,” Idrill hung his head. “I miss my sister too....but if she is still out there, then we must protect this kingdom until she returns to take the throne. Otherwise we'll have failed her and father.”

“We already have,” the queen responded. “The royal palace has been split and my influence grows weaker every day.”

“We still have hope,” Idrill assured her. “We just need the support of two other factions, and I'm working on that as we speak. I won't let this kingdom fall into his hands mother, I promise you that.”

And with that, Idrill gave his mother a reassuring hug before making his way out of her room. Once he closed her door, he was suddenly startled when a voice behind him spoke “Why hello there, little brother.”

Immediately, the young prince's eyes narrowed as he turned to see who was standing behind him. “What do you want, Talphagoron?”

Talphagoron, the second child of the former kind and leader of the his own faction, gave Idrill a deceptive smile. “I just wanted to see how the Queen Mother was doing,” he stated. “It's been years since she's left her room, I worry about her every day.”

“She's not your mother, so you don't have to worry about her,” Idrill spat. “Besides, she's in no mood for visitors so you'll have to come some other time.”

“I see, that's unfortunate,” Talphagoron nodded his head. “I wished to speak with her regarding the current crisis our kingdom is facing. Ever since our dear father passed away three years ago, there has been so much in fighting between us. I think it's time we finally put an end to this and reunite before the entire kingdom collapses.”

“I agree,” Idrill stated. “Which is why I plan to hold a summit for everyone so that we may reconcile our differences. This kingdom must survive until the rightful ruler has returned.”

That sentence brought a frown to Talphagoron's face. “You don't seriously believe that our elder sister is still alive, do you?” he asked. “I can understand the Queen Mother being in denial, but I figured the famous child prodigy would be smart enough to understand what has happened.”

Idrill scoffed at the older boy. “My sister still lives, I know it,” he told him. “And when she returns, she will claim the throne and put an end to this nonsense in our kingdom. Until then, I will do my best to keep it together.” Idrill then gave Talphagoron a dangerous look. “And if someone were to stand in my way, I will not hesitate to snuff them out.” With that, he strolled away from the older boy, who allowed a dark smirk to cross his features.

“You are right about one thing,” Talphagoron stated. “The rightful ruler will claim the throne soon.” 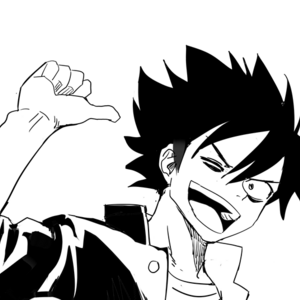 This chapter was short, damn 15,000 word limit made it so I had to remove an entire scene and save it for the next chapter. Sorry about that. 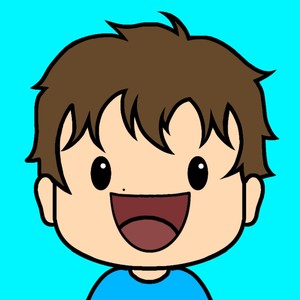 I'm really wondering why their kingdom is in the state of crisis. I'm guessing that either Idrill or Talphagoron has something to do with it. Idrill might be acting like he's somewhat worried to fool us and Talphagoron is intentionally being portrayed like a villain or something or maybe I'm just overthinking. Geez... 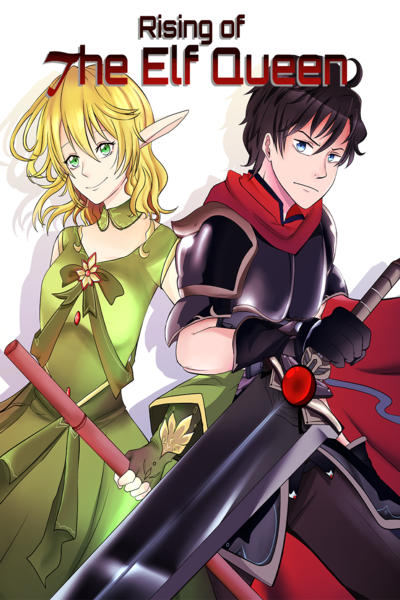 Rising of the Elf Queen

A young elf princess, cast out and betrayed by those she trusted the most. An orphaned warrior, wandering the world to find a place where he belongs. Their meeting was by pure chance, and yet it will rock the foundation of this war torn world.

"If you fight for my dream, then I promise to grant yours."

This is the story about the rise of a queen and her knight as they seize power through any means necessary to bring about the end of a 500 year war.
Subscribe 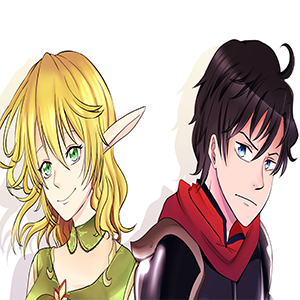