'Twas the night before Christmas in 1925 outside London's noisy metropolitan area, on the corners of 6th and 3rd, lived an old couple; Lady Gothel and Duke Noire. Lady Gothel was a retired nun from Germany, and her husband Duke, a native Englishman with an affinity for carpentry. The two lived together in a home converted into an orphanage known by the neighborhood as "The Friendly Embrace Orphanarium." The two lived and maintained the orphanage for many decades, but on this faithful Christmas Eve, an event occurred that the two never expected to happen. Close to midnight, Duke retreated to his study to handle the financial welfare of the Orphanarium. Lady Gothel made her way into the kitchen to prepare Christmas cookies for the children, and she turned on the radio to suit the holiday mood. Suddenly, Lady Gothel noticed something just outside the corner of her eye through the kitchen window. Lady Gothel saw a dark figure standing on the frozen pond in their front yard. As she leaned more into the window, her breath began to fog it. She wiped the window quickly, but she was still unable to make out what it was. Although, she did notice that the figure was holding something in its arms.
While watching, she quickly and quietly called for Duke. Duke arrives seconds later. Lady Gothel adverted her eyes to him and briefly explained what she saw. As the two looked out the window, they noticed the figure wasn't there, but something was in the center of the frozen pond. They walked to the front door, but they hesitated at first before pressing forward. Outside, they walked along the path leading to the pond while being careful not to slip on any patches of ice that could have formed before finally making it to the edges of the pond.  Lady Gothel and Duke scanned the area once more to see if the figure could still be anywhere in the area but unfortunately concluded that it was long gone. They turned their attention to the object in the center of the pond. Duke volunteered to cross the ice himself. He explained that it would be better for him to do so. However, Lady Gothel quickly dismissed his idea. She explained that it would be safer for her to go as she is smaller and lighter than him. Before he could argue with her Lady Gothel was slowly making her way across the ice using one foot after the other to test the strength of the ice before moving forward. Minutes felt like hours thought Duke before Lady Gothel successfully arrived at the center of the frozen pond. In the center, a blue cradle-like object remained where the figure last stood. Examining, Lady Gothel noticed the cradle was blue ice. The interior of the cradle contained a bundle of blankets and fabrics. Slowly, Lady Gothel peeled each piece back to reveal a baby girl. Lady Gothel scoped the baby into her arms and yelled to Duke that there was an infant.
Lady Gothel thought she was the most beautiful child she had ever seen. The baby had hair as white as snow, pink rosy cheeks, ocean blue eyes, and on her chest a snowflake birthmark. While trying to balance herself and prevent harming the child, Lady Gothel stood still until a gust of cold wind began to gently propel her and the baby across the ice quickly before finally reaching the edge of the pond. As she stepped onto the pathway, Duke rushed to Lady Gothel to examine her; and check to see if she was hurt. Sadly, his effort was in vain. While giving a glance back, Lady Gothel scanned the area before turning her attention towards Duke and showing the baby to him. Duke smiled and tickled the child, making her laugh, causing a light blue glow to emit from her snowflake birthmark, and her eyes illuminated a pale blue before fading, unsure of what had happened Duke and Lady Gothel looked confused until the snow began to fall quickly covering everything in a white blanket. As they marched the remaining path back home, the two made it back inside the home and navigated to the living room to collect their thoughts on all the things that happened. Later, Lady Gothel and Duke thought it would be best to name the baby before anything else happens. Staring at each other proclaiming names until one made the baby laugh followed by another glow from the baby but, unlike the snowstorm that started outside, the embers in the fireplace erupted in a blaze, extravagant Christmas decorations decorated: the walls, fireplace, Christmas tree, and presents of various sizes appeared a lined underneath the tree nearly filling the entire corner of the room.  Lady Gothel and Duke looked around the room with a child-like excitement as the room transformed into what they thought Santa clauses home might have looked like.
Duke recalled the last name that was said and spoke it as if invoking a spell Winter, which caused another glow causing decoration to flood the entirety of the first floor. Overjoyed with how the night advanced, Lady Gothel recommend they all should retire for the night stopping by the nursery on their way and placing Winter in a crib, as they watched her calmly drift off to sleep before leaving for their room. Moments later, A white-haired man with a snowflake mark on his forehead appeared, watching her through the window with a smile on his face before gracefully flying away. Unbeknownst to Lady Gothel and Duke, Winter was the daughter of Jack Frost and the Christmas Spirit and placed in their hands for safekeeping. 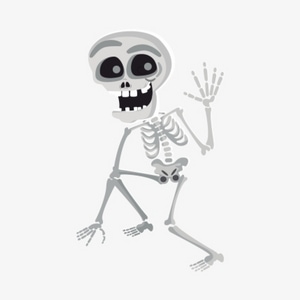 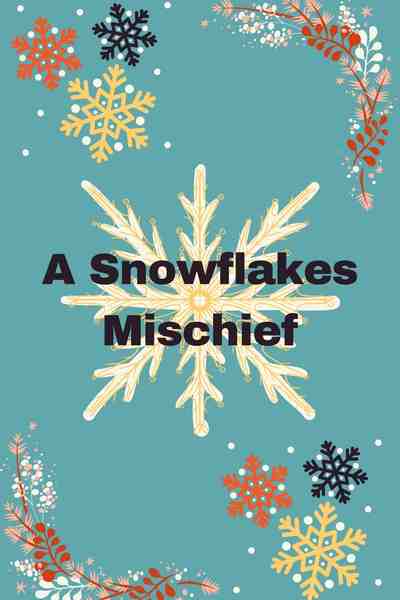 'Twas the night before christmas, during the year 1925. An just outside london's busy metropolitan area along the corners of 6th and 3rd, the owners of The Friendly Embrace orphanarium, Lady Gothel and Duke noire experience a once in a life time Magical visit from one special baby girl that can manipulate ice and finely decorate for Christmas
Subscribe 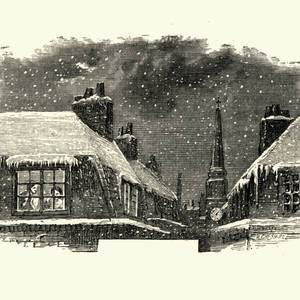