Odds are, at some point in your life, you were kind of an asshole.
I'm sorry but really, I'm just stating facts, there is no chance that you were the hero in every story you took part in. Somebody remembers you as the villain.
Does that make you a bad person? Not necessarily, plenty of good people do completely awful things.
Little bits of nastiness here and there, when they think no one's looking. Really in most cases, it's just a matter of that good outweighing all the bad.
As a matter of fact, sometimes you need to do bad to make good... And that's exactly what I thought I was doing.
What makes an alter want to do harm to the rest of the system?
In my case, I thought it was the only way to keep us safe.
When you're pushed too many times you push back, right? It's completely natural. Believe me, I was being pushed.
My first experience in the body was one that no one should ever have. So I thought I'd make myself known with how I handled it, but she kept ignoring me.
Every whisper in her ear, every misplaced object, I left clues everywhere, while I learned to find my voice.
I was hurt and I was so angry, Even though I probably should've directed it at him. After all, he was the one who did it. Or maybe at the others who stood by and let it happen, or those who we told about it and did nothing might've been a better choice as well, but the wound was fresh and I blamed the body for not healing.
I blamed her too, for being everything that I wasn't. Did you know she apologized to him? As though it was somehow our fault? I saw red.
You might've heard the expression: "cutting off the nose to spite the face."
I guess that was my logic, it made sense at the time, at least I thought so.
If she was going to be the kind of idiot who got us into those situations, I wasn't going to be the one to bail us out. In fact, I got us into a couple of nasty spots myself.
It doesn't really make all that much sense when you use logical reasoning obviously, but I wasn't being logical, I was working off pure fight-or-flight response, and I always chose fight.
I don't remember exactly what changed, all I know is that at some point, she noticed me.
Not just a passing glance in my direction, but she really and truly saw me.
I wasn't just the angry voice in her head who told her bad things about herself, I was my own person.
Despite what I told them, despite what I was telling myself, She felt I deserved kindness.
Not because of anything I did or didn't do, just because I was another living thing.
God, that pissed me off.
Yeah, yeah, eventually they wore me down, otherwise, we never would've gotten to this point, but let me tell you- it took a while.
They played it hot and cold, when I was being my usual pain-in-the-ass self, they completely ignored me.
No matter how much I raged and screamed or threatened, they gave me absolutely nothing.
On the flip-side though, once I cooled off and came crawling back, (In my defense, I didn't have anywhere else to go.) They damn-near threw parades in my honor.
And not in any sort of disingenuous or facetious way either, they actually wanted me there.
What they saw in me is absolutely beyond my understanding, but I'm grateful that they gave me that chance because it would've been so easy to just let that anger eat me up. To be nothing more than what I always had been.
Instead, with a little help from some people who cared, I grew to become so much more than that.
So what do I call myself now? Well my own name for starters, but I have a job as well.
I'm the physical protector of our system, which means that when shit needs taking care of, I'm the one that gets called in.
I took all the nasty that was thrown at us and I used it to become smarter, and more reactive, I'm quick on my feet and even quicker with a plan.
I absolutely kick-ass, but I know when to turn it off and let myself be soft. I fully believe that ability is a strength in and of itself.
So am I an asshole? I definitely was, but now I'm dedicating my time to more important things.
A girls gotta do what a girls gotta do! In my case, that means whatever the hell I want.
-Kleo 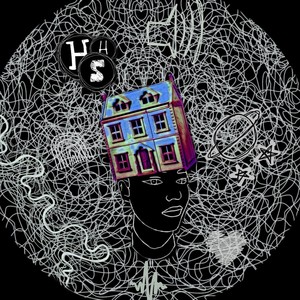 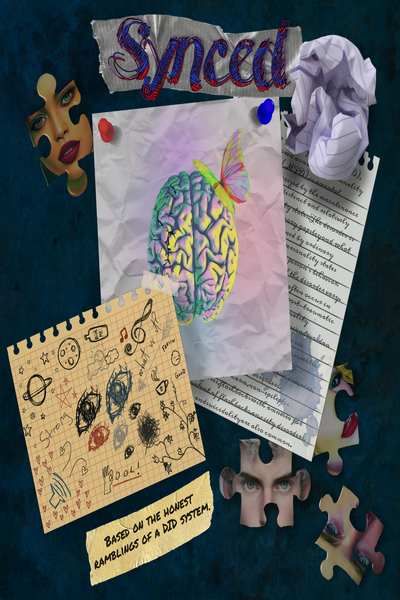 Take a peak into the inner-workings of a mind shared by multiple people. "Synced" explores the many facets of mental illness, including the painful parts, the thought provoking parts and the often times humorous ones. Getting diagnosed with DID (Dissociative Identity Disorder) changes the course of lives, but it doesn't end them. This System has been surviving, but now they must learn how to live. 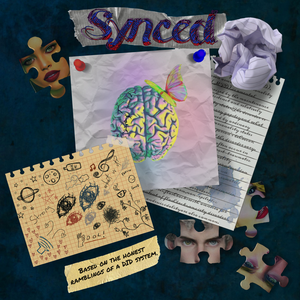