“Can I take a look at your hands?”

The question caught Minami unprepared. Also, the boy thought he heard a hint of concern in the man’s voice, which only made him more anxious. Was there something the God didn’t like about his hands?

Minami glanced at his shivering injured fingers for a moment, before stretching them out with the palms down towards the God. Minami wasn’t sure why the man wanted to see them and more than that he didn’t think the God should.

“N-no…” He stuttered, changing his mind and quickly pulling hands back, pressing against his chest, when the man was just about to touch them. “You shouldn’t be touching… my hands, sir. I’m not worthy---”

The God didn’t pursue the boy to do it against his will. The man left his palms open for the youth to decide, whether he wants to or not. It didn’t seem that the God understood that he wasn’t the issue there. Minami was embarrassed for the man to see all those scratches and scars he had. After a long moment, Minami timidly stretched his shivering arms again.

“What happened…?” The God’s eyes observed Minami’s hands so attentively, that the boy wasn’t sure how he felt about it. As if the man was able to see something more than the youth himself.

“I’m... not sure, sir… please don’t bother your--- oh.” Minami startled and his words got lost in the soft gasp when the man took the boy’s hands into his.

Was it waves of a pleasant warmth that shaken the boy or the way the God touched? Carefully like they would be made from fragile glass.

The boy tried to avoid the straightforward answer. He was too scared for the God to find out that Minami might be somehow related to Youkais. Since the day he arrived here, the youth feared that if someone would learn about his past, about him being cursed and bringing only misfortunate, he would be forced to leave the shrine. If only someone found out that Youkais were sneaking into the shrine's territory… Minami didn’t have anywhere else to go.

“Does it hurt?” The God gently brushed over Minami’s hands with his thumbs. Obviously, he saw that the boy didn’t tell the truth, but the man’s face became so worried that Minami’s heart suddenly drowned in ache.

The man wasn’t scolding the boy for catching him hiding the truth. His voice was calm and gentle. The God was asking, not ordering. Of course, he was seeing right through the boy from the very start, Minami suddenly didn’t know where to put his eyes. He just tried not to become a burden but ended up committing a sin.

The God slowly turned his left hand around, keeping the palm up, holding Minami’s right hand in it. The boy was following his actions quietly, heavily breathing, as he had no idea what the God was planning to do. The man then placed the boy’s left hand on top of his right and covered them both with his. Minami shouldn’t have thought about it, but as the man lightly pressed Minami’s fingers between his, the youth couldn’t not think how small his hands were compared to the God’s. They completely disappeared in his gentle embrace.

The man leaned a bit forward, his wet hair falling on the graceful face, as his lips slightly moved, not giving out any sound. Minami’s tensed shoulders slowly fell as the whole body drowned in a completely new feeling. It was overwhelming. Minami couldn’t put it into words or emotions. Like he was surrounded by the warmest first rays of sunlight in the early morning, like suddenly everything that was pressing him down, every thought that made Minami feel anxious was washed away by the God’s kindness.

“A-ah…” The boy quietly sobbed as tears gathered in the corners of his eyes.

He never thought this kind of comforting feeling existed. Minami couldn’t recall how it feels to be hugged by someone, and suddenly only this simple gentle move made him feel so much. Minami’s cheeks flushed so hard from a realization that he didn’t want it to end that fast. He felt the burning all over his face, even on his ears. The God slowly uncovered the boy’s hands, but still didn’t let him go.

“Be careful, your hands are precious… don’t hurt yourself.” The man quietly cleared his throat before looking up at Minami.

The youth slowly pulled his hand back to himself, as his eyes became wider. There was not a single scratch, scar or even the smallest mark left on them. Minami didn’t even remember his hands being this way.

“T-thank… yo-u..” The youth muttered, feeling hot transparent pearls running down his cheeks. The boy never even dared to think that he would see the God's healing powers from up close… but he was chosen and healed by him. Minami was shaken and speechless, he wanted to say something more, show how much this really meant for him, but could barely move his shivering lips. He thought he would try, but before he did, the man spoke again.

“Now... finish up washing my hair, and you can go. I’m tired.” His voice suddenly changed so drastically that Minami even stepped back a bit. However, the God didn’t notice that, as he was already back at his previous sitting position.

Minami stood there, biting his lower lip, wondering how he managed to mess up again. He didn’t show enough gratitude, instead teared up as if the God tried to hurt him. No wonder the man turned so distant. Minami just knew the man had enough, probably even regretted inviting the boy over. The youth was given such an opportunity, blessed, and yet couldn’t even do one thing right.

Minami tried to be careful but at the same time, finish as quickly as he could. It wasn’t easy, since transparent pearls kept washing his face, pouring water hid Minami’s muffled sobs. The view was blurred, even though the boy tried to hold back his tears as much as could, making sure that the God wouldn’t hear him.

“It’s… done, sir.” The boy somehow managed to keep his voice still, after drying the man’s hair with a cotton towel. “It’s still a bit--”

Minami didn’t finish his quiet babbling, because the God stood up. He didn’t even bother listening to the boy’s words. Minami bowed deeply and stayed still, but the man walked towards the exit without glancing at the youth. The boy, however, kept in a lowered position for a while, holding on his clothes with trembling fingers. He watched at his healed hands as one terrifying thought was running through his mind, not letting the tears dry, keeping the heavy burden on his chest.

What if after what he did, the boy won’t see the God ever again?

Ah, that divine first touch *smooch* Minami getting more and more confused by every chapter and we feel it to the personal level hahahaha

Thank you so much for reading! <3
If you enjoy the story so far, please consider supporting us on Patreon! :3 we promise you exclusive bonus content and early release chapters with high-quality illustrations!! o-o
Thank you <3

I know he's a God and all, but no one is allowed to make adorable cutie pie cry!!! ò.ó 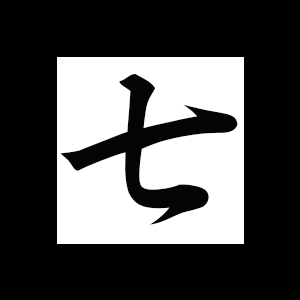