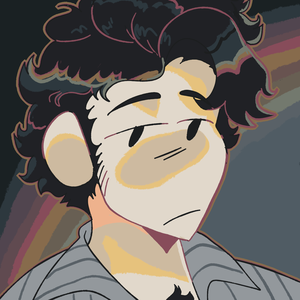 Deeper explanation for each of the points here.

ADULT LANGUAGE: Character do say "fuck" as well as make references to sex/sex acts. It doesn't get more explicit than just making references to it however.

VIOLENCE/BLOOD: I've tricked myself into making an action comic so yeah there is blood. No hard gore though. There shouldn't be enough in any scene for me to warrant putting a mature tag on any of them, but if it does come to that they will be tagged accordingly!

SEXUAL THEMES/IMAGERY: All of these characters are adults, and there are a few instances of non-graphic sex (they aren't long, at most maybe 2 pages long and will be properly tagged as such) and there are shirtless guys in a fair amount of scenes. No genitalia is shown and no bare afab chests are shown.

HOMOPHOBIA: Shadowhunter society is homophobic. I'm gay and trans and I wanna write about it. There's nothing explicitly homophobic shown on screen (like, there aren't any slurs said) but characters talk about their experiences with it and its impacts on them.

basically just be a little cautious when reading this comic! 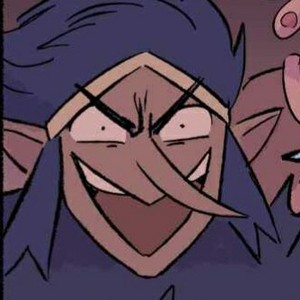 Thank you for spelling it out. Genuinely, it helps to know exactly what to expect. I'm a sex repulsed asexual I really appreciate a clear difference between mentioned and graphic acts, essentially it let's me know if I can read something. So, thank you 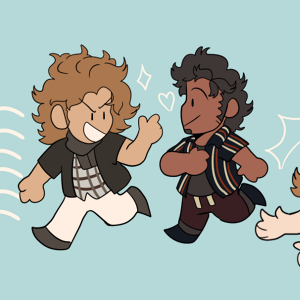