More and more explosion took place near the garden where Hiro,Sofia and Anos was a few moments earlir .The building near the garden along with the clock tower broke into pieces and the whole area near the garden was surrounded by a large fire and the whole place was covered with smoke.It caused havoc among the citizen near the garden everone was running as far as they could from the garden and Hiro was trying his best to free Anos from the building which fell on him a few moments after Sofia left to the dorm.
Anos- Hiro please leave me and go.That thing which caused all this destruction is approaching here.It will be more dangerous when he arrives.He is on a completely different level we cannot stop him in our current strength.We will get crushed by that thing.He is way too strong.
Hiro-How can I leave you alone.Don't worry I will free you soon and we can go together after that.
Anos-It won't help I was already injured so if you even free me from this it won't help much.I can't walk on my own so you have to leave me and go.
Hiro-Don't worry if you can't walk then I think I will have to give you a piggyback ride to the dorm.
Anos-Why are you so fixated on me you should just leave me and go to the dorm .Its safe there.
Hiro-Because you know you are my friend and we don't abandon our friend in the time of crisis instead we just help them to overcome them.
In the middle of the conversation Anos and  Hiro suddenly heard a crackling sound coming from the sky.It was non other than thousand of volts of lighting attacks coming straight to the place where the citizens were heading.In an instant the path through where the citizens were trying to escape was blocked by the destruction caused by the lighting strikes.Now that the path was blocked there was no other way to escape or for the reinforcement to arrive all the citizens along with Hiro and Anos were trapped inside that place which was covered with broken building, burning things and there was smoke all around the place.Some people started using their magic powers to remove the smoke and they also tried to make a way for their escape but it was no use the thing which was approaching us soon after the lighting stikes created a force field around to prevent the people from escaping.
After a few minutes or so the moment finally arrived when Hiro and Anos was able to see a shadow behind the smoke who was realising out a vast amount of dangerous aura and was flying above the garden near the clock tower where Hiro Sofia and Anos was a few moments earlier.
They literally got paralysed for a moment as they could feel the aura coming from the that thing which was so intense.As the smoke began to disappear it was becoming more clear and after the smoke finally disappeared we saw something that we never could've imagined it .The thing which was causing destruction all over the place was none other than a demon.It was a lower demon but the aura he was emitting was not of a lower demon that Anos faced during his time as a captain in the northern border.This demon was on a whole another level.At the demon observed the surrounding for some time.At first he didn't give any reaction but after that he suddenly started to move.Hiro and Anos couldn't move a finger as they can't comprehend the aura he was emitting and they didn't have anything they can do to stop him. Anos was very angry as he wanted to fight the demon but due to his injuries from the attack that threw him apart and injured him badly he was left  powerless so he can't use his powers properly.Anos could have fought the demon to buy time so that the reinforcement arrive but his injuries didn't allow him to do so.When the demon was moving around the place he saw the citizens all scattered around the place and so he started attacking them to have some fun. For Anos destroying the empty building and the other things around them was no problem but he couldn't see any people get hurt so he started to shout at top of his lungs don't do anything to them or you will be killed. The demon noticed his voice but he ignored it but Anos warning like it was nothing but Anos kept intimidating until the demon got fed up with him and thought to kill him first then kill the other citizens. Hiro standing there in disbelief thinking "What the! What is wrong with this guy is he crazy". Both of them started shaking as the demon kept coming closer to them. As he was getting closer the air around them got heavy as his aura was strong.Anos was still trapped under the building and Hiro was not that strong that he can face a demon with such great power.
At that time when death was approaching them Hiro suddenly remembered something of the past it was a conversation with his father a long time ago when he told him something.
"A true hero is not someone who kills hundred of demons in a battle instead a hero is someone who saves people even if he sacrifice himself to save them". Anyone can become a hero if he have the power, strength and confidence in him but only a few can become a true hero.
To be continued in chapter 10 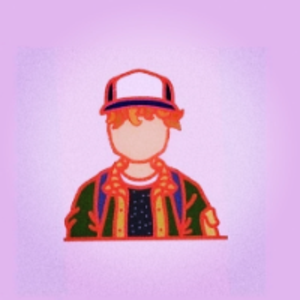 Sorry for the delay in episodes we have been facing some problems and we can't ensure that there will be any chapter next week but after the next week the chapters will be regular again thank you for your support and patience. It is not confirmed but we are trying something new for "The Rightful Hero" 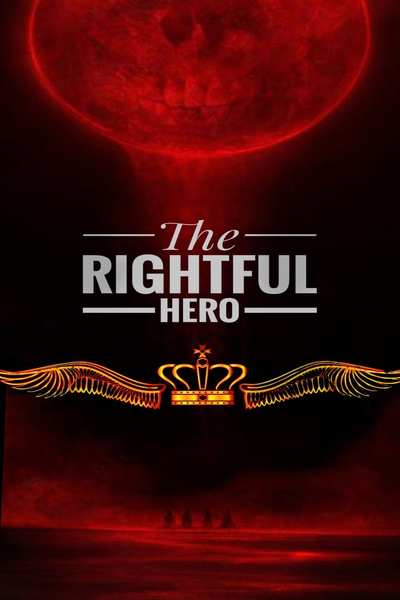 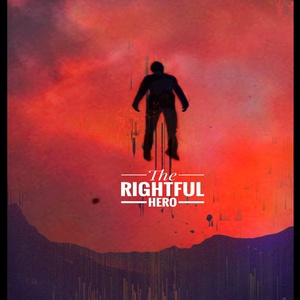