K sat motionless within a chair. If one were to ignore the wires protruding from a machine above his head, it would seem like the machine was in a deep sleep state.

K's mind was currently occupying cyberspace as his systems went through a routine diagnostic test. With the recent events regarding Marckus and this mysterious Auto Droid serial killer, the detail in which the cyberbrains of Tomaru Corporation’s androids would be checked has increased, looking for any sign of a virus and or emotional instability within.

K's cyberbrain was hard at work, scanning the net with a speed and thoroughness that a human wouldn’t be able to handle, though to him it was as if he was floating in a digital dreamscape filled with grass as far as the eye could see. Around his body images of various news reports, articles, police reports, and social media videos swirled.

He paid close attention to anything mentioning Auto Droids, looking for anything that related to the mysterious Auto Droid killer or any other Auto Droids going rogue and displaying odd behaviors.

“Only five cases of dysfunctional Auto Droid behavior, but nothing outside of the ordinary. Recent murder cases aren’t related to any odd Auto Droid behaviors either. Nor have they involved Tomaru Corp personnel.” Kyle narrowed his eyes. He was hitting a dead end. They have gained nothing from the assessment of the Auto Droid who identified himself as Marckus and the killer behind the past few murders of Tomaru Corp workers hasn’t made any recent moves.

‘Why are you hiding,’ K thought to himself. A new icon flashed from the corner of his eye. It grabbed his attention, leading him to open it where he was greeted by the view of a recent report issued to the police. He read through it.

“Manager of the Nine Levels of Heaven nightclub was found dead in his office. Female type Auto Droid seen exiting his office sometime before on security cameras is suspected to be the culprit. Her and a male pleasure type A.D. were later found missing from the club along with their registration and I.D.s no longer being in the club's systems…”

K pondered something to himself before nodding. “Definitely a case of Auto Droids gone rogue. This will be my next point of investigation. Hopefully, I can gain valuable information from these two.”

He swiped across the report to see images of a female Auto Droid with a soft face and dark violet hair styled in a bob. Next to her head, her designation was displayed: E-05. Next to her image was that of a male with shaggy, dirty blond hair and strong, yet at the same time, gentle features; his designation, A-06.

“Scan complete, system running within nominal parameters. Signs of instability are at zero percent,” an Automated female voice sounded out through K’s cyberspace. K exited this mental, digital realm and opened his eyes as the wires plugged into his brain retracted into the ceiling. He turned in his seat and slid back on his dress shoes before leaving the room.

Haru was sitting at his desk, lost within his work when a knock at his door pulled his attention. “Who is it,” he asked in response.

“Come in,” he ordered as he leaned back in his chair. His door slid open as the Auto Droid stepped inside. “K, what do you have for me today?”

“In regards to the individual killing my people,” Haru asked with a raised eyebrow.

Haru’s brows furrowed and he leaned forward, placing his elbows on his desk and bringing a hand to his chin.

K continued. “Two Auto Droids, pleasure types, one male and one female. They are suspected to be behind the murder of the establishment, Nine Levels of Heaven’s manager. A security camera managed to capture footage of the female model, E-05, leaving the room where the workers had found the manager dead sometime later. Upon police investigation, it was discovered that E-05 and the male model, A-06, were no longer registered in the club’s A.D. logs. They’ve seemed to have vanished without a trace.”

Haru closed his eyes and let out a long breath through his nostrils. ‘What the hell is going on with these damn Auto Droids,’ he mentally lamented.

“Perhaps it’s worth looking into this, sir. We might be able to learn something valuable. .

“Perhaps. Marckus didn’t hold anything groundbreaking, though. What makes you think these two will?” Haru reached for a glass of water on his desk as K gave his response.

“I can’t quite be certain. But if there's a chance that one of these rouge Auto Droids can unravel the mysteries behind whatever had been causing Auto Droids to act out. I believe it’s worth a shot.”

“Alright then,” Haru responded as he stood. “K, the entirety of this company, both the lives of our employees and our credibility and public trust, hangs in the balance. If either of these A.D.s hold the key to finding a solution to our current plight and, potentially, a way to find the one killing our people,” Haru narrowed his eyes.

“I am trusting you to do whatever it takes.”

K nodded in acknowledgment of his new orders. “Understood, sir.”

“Then let's not waste any time, my friend.” Haru grabbed his leather jacket off of a nearby stand. “Let's find these two rogues while there's still light in the day.

Night fell upon the neon-lit city. Under the cover of a rundown old shack, two individuals hid themselves from the world outside. A man with shaggy, dirty blonde hair stood leaned up against a wall and stared through a window to the world outside. His mind was preoccupied with thoughts of all that has happened to him and his companion these past few hours. Not too far from him, a woman sat on the floor and stared at the ground in front of her as she played around with a small ball that was lying on the ground.

“You’ve been standing watch for the past four hours,” her soft voice sounded out as she addressed the man without facing him. “I doubt anyone’s going to come poking their noses around here, you should rest.”

The man ignored her as he continued to stare out of the window.

“Adam,” the woman called out to him.

“They’re going to be looking for us, and most definitely sure they won’t stop till they’ve captured us.” The man continued to stare out of the window as the woman pursed her lips at his response before turning to him.

“Do you… think I did the right thing, Adam?” This got Adam's attention as he turned his luminant aqua blue eyes to meet her violet-blue ones.

“What do you mean,” he asked after a moment's pause.

The woman hugged herself as she spoke. “You know what I mean. Did I do the right thing? Should I have found a different way?”

Adam’s eyes narrowed a bit. He looked down and contemplated her question. “Could there have been a better way? Maybe.” The woman hugged herself tighter as she closed her eyes and let out a long sigh. Adam caught on to this and was quick to continue. “But, you did what you thought was right. He was anything but a good person anyway.”

The woman kept her eyes closed. Adams' words seemingly didn’t have the effect he wanted to have on her.

“This is my fault,” she muttered mostly to herself but still loud enough for him to hear. “If I hadn’t attacked him, we wouldn’t be in this mess.”

Adam was quick to move towards her. He knelt down in front of the woman. And looked at her with a steely gaze.

“No, it’s not your fault. What you did, you did in order to protect me. If it weren’t for you, I wouldn't be here.” He smiled softly at her as she lifted her head and stared at him with sad eyes.

“You should really rest,” she repeated to him with a small smile on her face. Adam let out an exasperated sigh and chuckled.

“Alright, if you insist.” He stood and walked into another room where he procured an old, large sheet. Eva looked at him with a quizzical expression as he returned, sat down next to her, and wrapped both of them in the sheet.

“Uhm, what are you doing,” she asked with a chuckle.

“Keeping us warm. It’s about sixty degrees in this old shack,” he responded.

“But we’re Auto Droids, we don’t get hot or cold,” she responded, laughing at the oddness of this action.

“Oh, I know,” he responded with a slight hum in his voice. Eva looked at his face as he stared off with a smile on his face. She let out a small giggle at her companion’s quirkiness and rested her head on his shoulder.

“Whatever you say,” she responded.

K and Haru look deeper into the mysterious case of Auto Droids going rouge. Two Auto Droids with an unlikely relationship end up on their radar and become the current targets of investigation by the CEO and advanced Auto Droid. 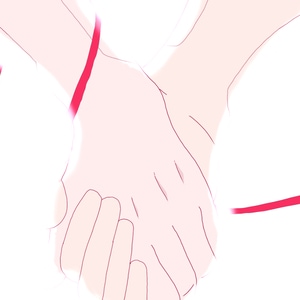