I entered my dark apartment and my cat, Pussyni, came complaining that I was late for her dinner.

“Sorry my dear” I said “but If I don't work there would be no food for you either” and I opened a can of sardines for her which she greedily devoured.

My phone rang. I sighed before straightening my posture and pushing my glasses straight with my index finger, then I answered.

“Ah Ms Lyst, this is detective Menfroid speaking. You have been approved a budget of 75000 EURO (+- 88000$) a month by the chief of police. If you can show us results this will go up and we will open extra bureaus in other schools, perhaps even open a center in the city so that we can provide the same yurification services to the entire populace. Of course all for you to supervise. The mayor was very enthusiastic about your propositions. You brought a solution to a problem that had been going on forever. No professional ever offered a concrete solution and all we could ever do to handle these suicides was offer our condolences resulting in a loss of voters for the mayor and confidence in the police squad. But now we can show that we are taking scientifically approved measures. Hiring you was the right thing to do.”

“Thank you very much, I will make sure to put it to good use.” I answered a bit shaken.

Are they crazy... If I had gotten 75000 EUROS a year I would already have been amazed and super happy.

“Of course we will be expecting results for such a price. As you know our Mayor, Polly Tick, who is  also a member of the parliament of Brussels is pushing your plans forward and has adopted your project and by that you as her personal protege. She pushed a law that a life saved by your bureau will count the same as solving or preventing a murder for the crime squad in terms of budget requirements.  Every yuri couple that you can bring together will be considered 2 lives saved hence the large budget. If you would know what a murder inquiry and lawsuit costs, this amount is peanuts, really.”

“I see that is good news. I will make sure that the necessary paperwork to report the results gets done.”

“Then I wish you a good evening and hope to hear from you soon, Ms Lyst.”

This joke was getting out of proportion. I poured myself a red Martini with some ice and a slice of orange to cool down and sat myself on my sofa. Pussyni immediately nestled herself on my lap.

I was hired by the police because I made a thesis about the social consequences of  same sex relationships between women last year and they were having some problems related to unawareness and hate toward same sex couples.

I am just out of school, I don't really have a successful business and I only got into working for the police as a favor to my mother from one of the higher ups.  I am so insignificant that I don't even know who I have to thank for this job. I got hired at the school because they needed someone and I happened to be there so Ms Lourdes hired me. I suppose that since I worked for the police she assumed my credentials must have been at least passable.

After my epic fail interviewing that cute school girl I thought I messed up so bad that I would certainly lose my job.

I mean that Ms Lourdes can be scary. So after I decided I was giving up I thought why not go out with a bang and went into my yuri otaku mode and proposed something crazy as if straight out of a manga or a light novel: The First Bureau of Yurification. Then for some bizarre reason both the school and the police went with it and now it was even made official in the Brussels parliament and on top of that I became the protege of the mayor, a woman that I had only ever seen on the TV.

The only one reacting in what I considered a more or less normal way had been Claire Brossé and I could see she was freaking out like one of Kafka's main characters.

As an ex shut-in yuri otaku (my dark secret high school past), I decided to solve my problems and now when I go outside I just play a mix of my favorite yuri characters.

I created that character as a way to cope and that way I have my yuri always with me. The problem is, those characters really love teasing girls like Claire that blush and react easily.

Once I was in my role I could not stop and everything just kept on snowballing.

That combined with how even the mayor is supporting my crazy otaku idea, I was in need of results. I was in a bit of a pinch. In the end I had just bluffed.

Everything I know about romance and relationships comes from manga. I just act like I know everything. It's not like I have any real 3D experience with love..

Well there is no turning back now. I will have to be the confident Anna Lyst that knows how to get things done and show results or I do not know how much trouble I would get in.

If you think your government is Kafkaesque and does crazy bureaucratic stuff. Try Belgium..  I really do not want to go into too much on this ridiculous matter or this note might be longer than the chapter. So I will link you to a little video explaining it a little. You do not need to watch it in order to be able to follow the story. Just know that we make things unnecessarily complicated as a rule.

We have a saying where our country is built on: ‘compromis à la Belge'. Which means we always get a compromise with what no one really wants because both parties are mainly arguing to avoid that their opponent gets what he wants.. Have a good laugh at our country's expense: https://www.youtube.com/watch?v=QlwHotpl9DA 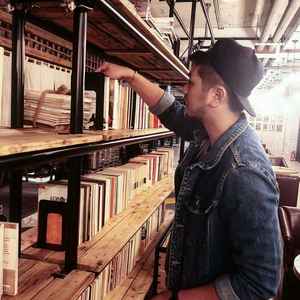 thats a crazy amount of money. dream job for every yurist. 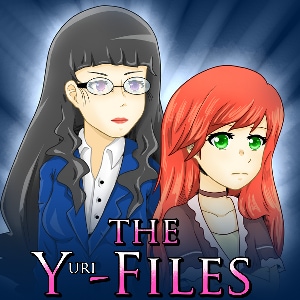