The Duke seriously considered her. It wasn’t the look of someone about to attack, but neither did his eyes show any sympathy.

Which made sense, given that he was evil incarnate.

“If you are so magical, then play for me, Little Aurora.”

His arms crossed, lips curled into a small challenging smirk, chin up, stance wide. He stood like he commanded the room and her eyes were drawn to him even as he looked at her like she owed it to him.

Oh hell, Lili had never played for anyone except aunt Dorothea in her whole life! It was almost like the Duke knew that.

He knew he was an attractive man, but when she looked at him, she saw him wearing the mantle of legends. Wearing his cruelty like a crown and his military threat like armor.

She could do this.

Lili swallowed her fear—and maybe a gulp of air. She hadn’t noticed when she started holding her breath. She glowered at the Duke, widening her own stance, puffing up as best she knew how, until his smug expression faltered.

“If I could have my lute, kind sir?” At least Lili hadn’t been raised in a barn. Some ‘Duke’ he was! She may have been dressed as a minstrel, but Lilinova was the noble in that room. She wouldn’t be intimidated by the evil Duke.

He held out a hand to the side, as if expecting to manifest the instrument in his palm. Lili had lost track of the lute somewhere in the kidnapping process, and she hadn’t looked too closely at the tightness in her chest or the lump in her throat at the idea of it being gone for good.

Thankfully, one of the men laid her instrument in the Duke’s outstretched hand and he curled long, elegant fingers around the neck of the lute before holding it up so she could see it. He looked the instrument over, ignoring Lili as she itched to snatch it out of his hands.

Fear held her still, but it also burned in her chest.

Or maybe that was fury.

He wanted her to play? Fine. She’d play. She’d play so well he’d regret ever asking her to play! She’d reduce him to tears! Countess Dorothea had cried multiple times. She could do it.

And she had nothing to lose, anyway.

After what felt like an eternity, in which she must have counted to ten one hundred times, he offered the instrument to her almost reverently with both hands.

“A fine instrument.” He allowed her to take it, taking immense care not to touch her hands, and she held it close to her body before she could think better of such a vulnerable gesture. “You’ve loved it well.”

“Music,” Lili managed to say past the familiar feel of the lute in her hands and the heat of tears in her eyes, “is my life.” And it had saved her life thus far.

She plucked the strings, finding a couple out of tune—probably since the lute had been unceremoniously thrown to the ground—and she quickly, with the ease of years of practice, tuned it by ear.

He made it sound like she was tuning it for her own benefit! She shot him a glance that she hoped expressed his failings as a person rather than her own.

“It is in this kind sir’s best interest to have the instrument tuned before playing.” She kept her grumbling low, but almost hoped he would hear her words and feel chastised.

Alas. He made no indication of noticing anything about her...which she tried not to chafe at either.

She settled the instrument in her arms and the Duke was still waiting, shockingly patient.

Lili strummed a chord, and the Duke’s eyebrows rose but otherwise gave nothing away.

A few chords came to mind and Lili felt the notes coming to her. She made rebellious eye contact with the Dark Duke even as she realized she could feel the pull of the music.

She heard the notes drawn from her fingers, and saw him stand a little taller as if to receive them.

Lili could always tell when her song was going to be good.

This one would be magical.

She let the music take her, closing her eyes against the fatigue of the day. She let go of her fleeting feelings of freedom, blocked out the fear from being chased by the Duke, the horror of his men galloping toward her, the vision of the fully realized fort right on Tresterville’s doorstep. She focused instead on the music. On how she felt. Let it all out in a way that she never could in the castle. Let herself be loud.

If this was to be her first and final concert, she would sing her heart out.

Lili sang the feelings of betrayal she felt from her father, about what loyalty to her people was, and the loyalty to herself she might have neglected. She sang of a brighter future she might or might not see; faced with her own imminent demise, she sang of her lost hopes and missing dreams.

Lilinova of Tresterville wanted to be more than just a captive princess. More than a pawn or a plaything of a war. Lilinova, who had never stepped outside her castle walls, wanted to sing for audiences, write ballets, and be heard.

She sang with the full breadth of her body, fingers dancing across the strings in words and chords she only distantly heard. She moved to the melody and let it become her.

Her voice filled the room and, as the last notes left with her breath, there was a loosening of a noose around herself she had never noticed before.

Lili opened her eyes to let the real world and the melody she had been living resolve into one and the same. She focused on the Dark Duke, whose expression had gone from smug and challenging to something slacker in the mouth but tighter in the eyes. Somewhere during her song he had uncrossed his arms and one hand hung limply at his side, the other almost extended a little toward her. His lips were parted. His feet were placed like he had been approaching her and when their gazes met, a frisson of energy went down her spine, and the same shook him from his stupor.

The rest of his men had not been so idle.

The Neilsland guards’ swords stabbed toward her neck. Nearly every man in the Dark Duke’s guard had drawn their blades. Lili saw her death in their eyes.

Her gaze darted from the swords to the grim-faced soldiers wielding them before landing imploringly on the Duke himself. His hand was raised, the command to stay her execution coming from him.

She couldn’t muster a single word. Not even to beg for her life.

The Duke, in turn, stared at her as though she had slapped him.

“How dare you.” One of the soldiers’ swords shook as he took a menacing step closer, the sharp edge vanishing below her chin. “How dare you,” he said again as if they were the only words he could remember. 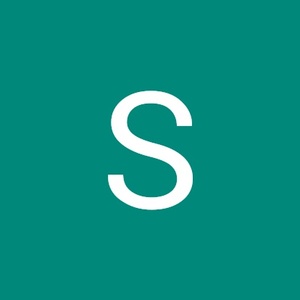 👀 Whoa! What did she sing that made them react so offended like that!? 🔪🤭