They were going to his home.

Lili sat astride Rob, riding still tethered to the Duke’s saddle and chafing at the distance and the inconsistency of his actions.

She had been given a mounting block by one of the Duke’s other men when they started out from the fort, and the Duke hadn’t cared enough to notice her hardship. But she was now being kept close! Being close to him was both terrifying and inconvenient. Mostly because the Duke seemed to think he was meant to make conversation.

And a conversationalist he was not.

“How long have you practiced music?”

“Do you only play the lute?”

“I can play many instruments, kind sir.”

Lilinova had been to many awkward dinners with nobility before, but this man was ridiculous! And with their horses so close together, their silence was squished between them, suffocating Lili more than any fancy gowns ever had. He refused to look at her, and yet kept speaking to her every time she started planning…whatever she was going to do next.

“Do you believe magic exists in this world?”

He broke the silence abruptly, the words clipped and chilly as though he was making a grand pronouncement. She had been very tempted to immediately answer, but at his expression, her words caught in her throat. He stared directly ahead when he spoke, tense as if braced for her derisive laughter. Though he refused to look at her, she could sense his piercing attention. His hands were tight on the reins and Lili would have thought he was talking to himself if his gaze didn’t snap expectantly to her when she didn’t reply quickly enough for him.

She considered saying yes, since coming back from the dead was, she was fairly certain, magical. But she wasn’t ready to share that particular tale.

“No.” She shook her head once. “Magic is a story made up to scare children.”

The Duke was silent at that, but then he shook his head once. He looked disappointed..

If magic was real (and she was living proof that something in the universe could rewind time), then all the stories of the Dark Duke’s black magic could be true. He had forests of black trees that would drag her off her horse. Artificial night hung over the spires of his castle made of bones.

“Do…you believe in magic?” It was the first question she had asked him after demanding to know her fate. She hadn’t even asked them where they were going after they took the road deeper into Neilsland instead of back toward Tresterville. She hadn’t wanted to ask, honestly.

The Duke looked at her for too long instead of answering, dark eyes serious, forehead wrinkled as he frowned, gaze on her and also a thousand years away.

“Magic is real,” he said, then looked straight ahead again and kicked his horse to a trot.

From there, Lili had to focus on riding and the journey into Neilsland.

She had braced herself for the land around them to turn dark and stormy at any time. She had been told of fallow fields and ruined cities. She had heard of marauding gangs of the Dark Duke’s men.

Well. That last bit was partially true. She risked a look around her at the rest of the men, who were doing an excellent job of pretending she wasn’t there.

Save Amedeo, of course, who had made glaring at her his personal mission in life.

The Duke put his helmet on before they rode through a small village, where instead of running in terror at the black-clad battalion, people ran into the streets to wave Neilsland flags and handkerchiefs. They acted like this small raggedy band of warriors was a parade!

They did bow when they noticed the Duke, which was to be expected, but that only highlighted the fact that the band had been celebrated before the people knew their Lord was among them. And then, just to confuse Lili further, the people came right up after he passed, giving the Duke a smile before turning back to their business. Some expressed excitement to see the Duke in person. Others commented on how handsome he was. Even if they hadn’t seen his face!

Lili looked sidelong at the Duke, who removed his helmet again outside town.

To be fair, he had a nice strong chin, and he was well groomed. Wide shoulders, tall—if you liked that sort of thing. He also sat properly on the horse, straight-backed and commanding.

If it weren’t for his manners and the possibility that he ate children, he’d be a perfect example of a nobleman.

“Last chance,” Amedeo said to the Duke as they crested a hill. “We should kill her now. Can’t let her leave, she'll just run home and tell the King everything.”

Lili, who hadn’t realized that would upset her, felt his pronouncement like an arrow to the chest.

“I won’t!” She glowered at him. And before she could explain that she wouldn’t tell her father anything, covered for herself with a different truth. “I have nothing to tell!”

The Duke considered her, and gave Lili a small dismissive wave, which made her somehow angrier. He then swung off his horse, gesturing Amedeo over to speak with him privately.

They stood off to the side, Amedeo gesticulating wildly while Lili glared at them and tried to read their lips.

Lipreading, to the shock of no one, was not a skill she possessed.

Amedeo scowled and grumbled and crossed his arms when he wasn’t pointing at Lili like he was banishing her from their sight. Finally, with extreme reluctance, Amedeo “Yes, My Lord”-ed enough for the Duke, and both returned to their horses.

The ominous silence that followed was very much diminished by how annoyingly nice Neilsland was.

As they rode over the hill, it sprawled out in front of her in a wash of fields, forests, farms, and the fresh scents of flowers and baking bread. The city appeared in a massive circular white wall, turrets manned by guards dotting it at reasonable intervals, with banners in bright, festive colors dripping from the battlements.

The castle, even worse, was full of rows of reflective windows, built of bright white stone and a wide open gate full of foot and wagon traffic. She could see flowers growing on the side of the building and into lush gardens. The same colorful banners waved merrily in a warm breeze.

There wasn’t a lonely tower in sight.

“We’re going there?” Lili couldn’t take her eyes off the city—a clean city with archways and wide streets, fountains in every square and people hanging out their windows to socialize with their neighbors.

“As long as you remain of use, you will be safe within Neilsland’s walls.” The Duke shot her an assessing look. “Do not test me, and you will live a decent enough life here.”

Lili’s quick window into a better, friendlier life closed with a snap. She had almost forgotten that evil could come in beautiful packaging. He was kind to give her a reminder.

She’d have to be useful in some way. Make nice with Duke Rude and find some way to earn her keep.

Amedeo, she found as they rode through the gates of the city, was glaring at her again. He took two fingers, pointed from his eyes rather sharply to her.

I’m watching you, he threatened, and Lili’s heart dropped further.

Evil things come in beautiful packages! And I’m definitely talking about the city and not the Duke, why???- Lilinova, probably. 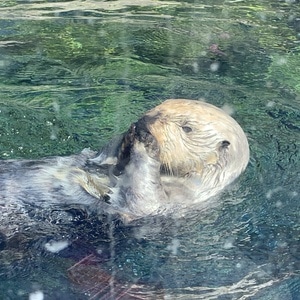 Seems like she (and maybe everyone in her country) has been pretty heavily brainwashed to think that the other side is evil incarnate without really knowing anything about the culture.