Stealing a medicinal herb from the fields was punishable by death, so Xu Min's heart started to beat frantically, fearing that at any moment, a guard would come through the door and grab Xu Wu, bring her to the family's main residence, and prosecute her as a thief.

Knowing that his sister went through such lengths for his sake, Xu Min could say nothing about how she had obtained the plant, and thus accepted the congee that she had made for him, which was brewed using every part of the precious medicine.

For the successful and complete refinement of the herb, one needed to be specialized in refining medicinal materials, but neither Xu Wu nor Xu Min knew anything about that, for the two of them were mere servants. While Xu Wu dealt with laundry every day, Xu Min was being trained to become a family guard.

Both children were sold to the Zhong family at a young age, and neither of the children had ever received any pay from their owners. The only thing they could expect was a monthly ration of food, and once a year, they would each get a set of clothes and shoes.

Since neither of them knew how to refine the medicinal properties within the Thousand Jade flower, Xu Min ended up eating it raw, mixed within the congee. Although not refined, its healing properties were not something to look down upon, and sure enough, as soon as Xu Min had eaten the flower, he felt that the pain within his chest subsided somewhat.

Astonished to see that the pain was being eased away, Xu Min managed to send a small smile to his sister. As with every other day in his life, he felt blessed. Even if he was being mistreated by the young master, none of it mattered as long as he had his sister to return home to. His sister was the only person in this world that Xu Min loved.

As the pain had lessened to a large extent, Xu Min could no longer stay awake. After eating the food, his eyes slowly closed shut as the mentally and physically exhausted boy slipped into a deep sleep.

Seated across from the bed, Xu Wu's eyes narrowed, and her beautiful face twisted in anger and indignation. The two of them were sold to the Zhong family when Xu Min was an infant, and Xu Wu raised him while working hard for this family. To see her little brother tortured to such an extent, only contempt and hate was left within her eyes.

Sighing deeply, Xu Wu slowly rose from the chair and put out the flames within the fireplace before she too laid down in bed, needing to sleep so that she could work hard the following day.

"The young master seems happy today," one of the servants said as they stepped away from the table, having just served the Zhong's main branch their dinner.

Exactly as they had just said, the young master was indeed looking very happy and relieved, a feeling which seemed to be shared by a few other youngsters at the table. Had Xu Min been present, he would have been instantly able to point out these happy children to be the ones who had participated in his beating earlier that day.

Seeing that his son was in such a good mood, the Zhong family leader also smiled. He had only one son, and his son was already a Student Warrior by the age of eight. Although he had to rely on medicinal plants and pills to reach this stage, it was still quite a feat, ranking the young master as one of the geniuses of the younger generation.

The Zhong family leader knew very well that when his son was happy, something unfortunate must have happened to the servant boy Xu Min.

Xu Min was a rare talent. The boy had reached the ranks of a Student Warrior on his own, never relying on medicinal pills and herbs, unlike what his own son had done. Furthermore, Xu Min had broken through to the Student Warrior rank one day ahead of his 'genius' son.

Seeing as Xu Min had broken through to the Student Warrior rank, the young master had instantly started to ask his father for stronger medicinal pills, which his father unconditionally provided for him.

The Zhong family head was, in many ways, grateful for having such a talented childlike Xu Min within the young batch of children training to become warriors. He had repeatedly encouraged his own son to work harder so that he would not fall behind – not only in training, but also in tempering his personality.

The young master was the heir to the entire Zhong family. He needed to grow into a strong man, who could look after the entire compound, and control a wide array of servants and workers, alongside his own family one day.

It was imperative that such a privileged person learned how to deal with hardships ever since he was young, and the Zhong family leader was very pleased with the way his son was dealing with the issue. By simply trampling on the low ranked servants and outer branch members, he made them understand the differences which were between a main branch heir of the entire clan, and anyone else within the Zhong family residence.

Sitting at the main seat within the hall, the Zhong family leader lifted up his arm and spoke with his voice clear and filled with power, making his words resound throughout the room.

"Yesterday, my son became a Student Warrior!" He started, everyone within the hall nodding their heads enthusiastically. "Everyone, join me in raising our cups to our prosperous future. To have such a genius in the younger generation within our family is truly a blessing!"

Following those words, everyone within the room raised their glasses to the young master, who was filled with pride; his heart beating fast as everyone within the hall was looking at him with admiration in their faces. It was only when he thought about Xu Min for a moment that the feeling turned slightly sour, as he knew that that servant boy was indeed more talented than him. However, he quickly forgot that sour feeling as one family member after another called out a cheer for the young boy. 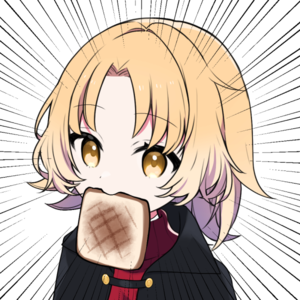 This is so good! I just wish I could teloport in and beat that Zhong child.