The gentle sound of singing birds could be heard through the rough, broken door as the first rays of sunshine shone through the cracks, waking up both brother and sister.

Although Xu Min ate the Thousand Jade Flower the night before, it was not enough to fully heal the serious wound on his side, and the bruise left behind by the wound was even more colorful this morning than it had been the night before.

Not only was there a bruise on his side, one had spread across his face as well, and one of his eyes was completely closed due to the swelling around it.

Although the bruises looked terrible, Xu Min did not feel a lot of pain, and the majority of his body was in a better condition than it had been in a long time. Seeing the degree to which the herb had helped him, Xu Min finally understood just how the Zhong family managed to maintain their position as the richest family in the city.

Spending no more time thinking about it, Xu Min went on with his daily chores. He went out to pick up some branches, which he could use the following evening to keep the fire alive. After finishing the task, he went to the nearby stream where he washed himself. Upon grazing the bruises, Xu Min would grimace from the sharp pain.

Seeing that her brother was doing much better, Xu Wu smiled before she changed her clothes and rushed towards the main house. Unlike her brother, the majority of her work was to deal with the laundry and changing of the beddings at the main house every day. All her work had to be done during the morning and the early noon.

As he saw his sister head off, Xu Min felt immense gratitude towards her. She had raised him from infancy, and even now, she treated him as though he was her own child rather than her brother. She was now a beautiful young woman whom many of the male servants were courting, yet Xu Wu showed no interest in anything besides looking after her baby brother.

This in turn, had caused many servants to either try to befriend the young man for the sake of winning Xu Wu's heart, or to threaten him to become more independent so that they had a chance. Seeing that all these servants approached him with ulterior motives, Xu Min had a very hard time trusting anyone, because he never knew the reason behind why they kept approaching him.

This had, in turn, caused Xu Min to become a loner. During the earlier days, when most of the servant boys who trained to become Warriors would play along with each other, Xu Min would rather be on his own, and spend his time on cultivating more Qi – cultivating to become a Warrior.

After he finished his bath, Xu Min quickly dried himself and found his clothes before he sat down on the riverside, crossing his legs, and placing his hands on his lap, before he slowly closed his eyes and started breathing steadily. At first, nothing seemed to be amiss. However, small ripples of energy started to emerge from the body of the young boy, followed by a suction force dragging in what seemed to be air from the surroundings.

With each intake of breath, the ordinary air seemed to enter Xu Min's body, and upon exiting, small specs of golden energy could be seen.

The boy seemed very relaxed as the minutes turned into hours, and it wasn't until the sun stood high in the sky that he finally opened his black eyes, with golden specks of energy visible in them. He exhaled deeply before slowly making his way to where his sister had gone hours before.

But unlike Xu Wu, Xu Min went towards the training grounds where all young men of the family, servants and nobility alike, were taught how to cultivate.

"Oh, little Min, it looks like the young master got the better of you last night." A voice came from behind him, and as Xu Min turned around, he came face to face with a large and burly man whose face was scarred by fire, making him seem mean and unapproachable.

However, as soon as Xu Min saw the man, a large smile appeared on his face and the young boy jumped into the embrace of the burly looking man, hugging him affectionately, as though he was a small child who had just seen his parent after a long time.

"Overseer Tian!" Xu Min said with an excited voice as the man returned the hug. However, a worried expression could be seen on the older man's face when he saw the swollen eye and the discolored skin.

Releasing a humming sound, the elder managed to release himself from the hug before he gently patted the head of the young boy, sighing once again as he saw the dark bruises that were littered all about the young boy's body.

Walking side by side, the grown man and the small boy made their way towards the training grounds where a sea of young children was standing in small groups, chatting and playing, while waiting for Overseer Tian to appear.

"Line up!" The Overseer's voice boomed out and all the children immediately took off their shirts before they lined up in front of him. "Today, we will be practicing the Shattering Palm technique. First, you need to place your right foot in front of the other, like this," the voice roared out as Overseer Tian started to describe and act out the stance that the children were to learn. 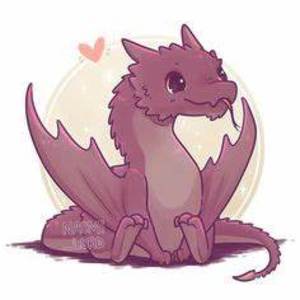