Xu Min froze as he heard Overseer Wang's words. His eyes widened, and his heart started beating rapidly. Since the door was already blocked, he quickly looked around to search for other exits. There were none, and the overseer just stood in front of the door with a sly smile on his face.

"Now, now," Wang Li said as he noticed the boy's sudden panic, "I am not so desperately in need of money that I would hand over a boy without hearing his side of the story. But if you lie to me, then I'll make sure that you never speak another word again."

As the overseer threatened Xu Min, the young boy already knew that he had no other choice than to tell the truth. Fleeing would be impossible now, because the only exit was fully covered by the overseer's large figure. His eyes were locked onto the little boy who was currently feeling like a rabbit trapped by a hungry wolf.

Seeing the fear in the young boy's eyes, Wang Li could not help but wonder once more what exactly a child this young could have done to make him worth such an extravagant bounty.

Young eyes locked onto older ones. Both of them were completely silent. The atmosphere within the room was so tense that one could cut it with a knife.

Because the only exit was guarded, attempting to escape would be futile and would likely only cause the older man to become angry. He had already said that if Xu Min were to lie, then the young boy would have sealed his fate to be delivered to the Zhong Family.

Thinking all his possible choices through, the young boy sighed deeply, his eyes gleaming with perseverance. He lived to get revenge on the Zhong family. He could not afford to die now.

Nodding his head, Xu Min sat back down on the ground. His black eyes were seemingly as deep as an endless abyss, and no emotion was visible other than overwhelming despair.

Seeing his despair, Wang Li once more questioned the past of this young man. To be honest, he had no intention of handing the young boy over for the sake of some petty coin. It was only due to his curiosity about how such a skilled young boy could appear seemingly out of nowhere that spurred him to pressure the young boy to get information about his background.

Xu Min gritted his teeth as the despair in his black eyes turned to anger, and then to hate. His fists were gripped tightly, and although he had not said anything, Wang Li easily understood that something terrible had happened to make this boy this way. His interest grew even stronger, and the sly smile on his face grew somewhat larger.

"My sister and I were sold when we were children," Xu Min started to explain, and spent the rest of the evening talking about everything that had happened to him.

He did not reveal his background for the sake of confiding in Wang Li, nor because of the threat made by him. The reason he explained everything down to the tiniest detail was to get some pity from the much older overseer. If the overseer pitied him, there would be a bigger chance for him to live.

Another reason why he opened up to Wang Li was the hope that Wang Li would get distracted; creating a chance for him to quickly escape from the small house without risking his neck in the process.

That being said, although this young boy did not care about honor and pride like most people do, he still had his own code of conduct. As long as he was treated with kindness, he would repay that person in kind. If he was shown respect, he would in turn give respect.

Halfway through his story, Xu Min's face turned exceedingly ugly. He noticed that no matter what he said, trying to cause the older man to lose focus and move away from the door was futile.

At the same time, the only change to the elder man's expression was a crooked eyebrow, and a twitch in his sly smile. Seeing him like this, the young child felt that his possibilities of garnering pity were limited, and he started to think about his other options for escaping once again.

Xu Min's eyes grew darker and darker as he tried to come up with various escape plans, only to discard them all in the end, because he realized that none of them would work. Hoping to find a weapon of some sort, his mind became frantic as he glanced around the room. Not that he had any experience wielding weapons, but he felt as though his situation would be better with a weapon in hand rather than without.

Unfortunately, no matter where he looked, nothing suitable was in sight. A short time later he finally ended his tale with how he entered the city to look for a master; only to discover that to learn martial arts within the city, he had to be a part of a sect or a great family.

Hearing the whole story, Wang Li started contemplating for a short moment. As soon as his eyes left Xu Min's body, the young boy kicked the ground, and used the explosive force of the kick to dart towards the door as fast as he could.

For a millisecond he even thought that he had succeeded. However, before he had the chance to celebrate, he felt something hook onto the back of his collar.

It happened in the blink of an eye, and by the time Xu Min realized what had happened, he was hanging in the air. His clothes were gripped by a strong hand belonging to Wang Li.

Although he was caught, the young boy refused to give in. He abandoned his vest to wriggle out of Wang Li's grasp, and rushed towards the doorway once more. 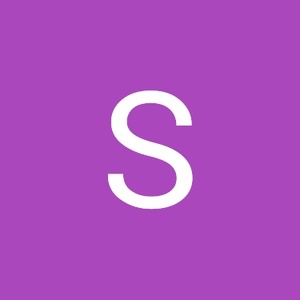