The limo pulls up to a two-story house in a guarded neighborhood. As it parks, the others in the car start to smile with joy.

Sakasu grins at her best friend. “Race you to the front door!”

Aura opens the limo door, and within seconds, the two girls have raced out of the vehicle. Nova giggles as she climbs out after Aura. I notice Ren fiddling with his bag as he prepares his camera.

“Need any help with that, Mr. Rayona?”

Ren looks at me with a soft smile. He gives a chuckle. “I’ve got it.” Ren looks down as he places the lens on the camera. “But thank you for asking.”

My smile fades. Something about the way he spoke seemed off. Normally, Amai’s stepfather is chill and seemingly unbothered. However, even though he still holds a soft and gentle manner, he seems… sad.

Ren looks at me again. I notice a glimpse of sorrow in his eyes. He gives a half smile now as he places the camera in his lap. He takes a hand to rub his eye under his glasses.

Ren is Violet’s biological father. Anyone who’s acquaintances with the Winter family knows of this. It’s common knowledge. Although I’d never really seen the two of them together, from what Amai has told our friend group, apparently the whole family was close sometime before all of this.

She never really told me about how Ren and Violet were together.

Ren gives a soft laugh as he brings his hand down. “To say that I miss her is an understatement,” He sighs. He looks at me again. “I care about both of my daughters; blood or not blood. But… Violet.”

He frowns. Ren becomes silent. He looks to the side.

“I wish she was in the Normal,” He looks at the camera. “Heh… you know, Violet probably would have come along on this little outing. Even if she’s too young for prom, or acts like she hates social gatherings… she would have loved hanging out with her old pops.”

Ren nods. “I know so.” He shakes his head with a laugh. “I used to take her on little outings, just the two of us. It was a way to connect with her. I’d take her out to dinner, catch up with her one-on-one… then we’d end the night with ice cream.” He faintly smiles as he remembers those moments. “I would have taken her on one of those after we dropped all of you off at prom. Give her a special night of her own so she wouldn’t be home all alone.”

A tear slips from his eye. He starts to look down again.

I watch for a moment as tears silently pour from Ren’s eyes. Hesitantly, I reach out to put a hand on his shoulder. He looks up again. Our eyes meet as Ren sniffles a bit.

“We’re going to bring her back from Destiny. One way or another. She’ll be safe in your arms again.”

The two of us get out of the limo. I see Nova and Sakasu standing at the door.

Amai laughs. “Is this really a competition?” She walks up to the porch. “Come on! Somebody knock already. We can’t keep them waiting!”

Sakasu finally turns around to knock on the door. We wait for a bit before the door finally opens to reveal Saisho and Juniper.

Juni wears a silver dress with off-the-shoulder sleeves. Her dress drapes down to her feet. She swishes the dress around for a moment, grinning. Her bright pink hair is tied into a low ponytail. She gives a big smile as her hand, accessorized with a silver lily as a corsage.

My eyes fall on Saisho. My skin starts to crawl.

“You guys look amazing!” Sakasu says with a smile. She then glances at me as her brows furrow slightly.

“Yep… I dunno what he’s thinking right now. But whatever it is, he must have lost some brain cells to make this kind of decision.”

Saisho smiles. “Thanks guys. I’m glad you guys agreed to take us with you to prom.”

“I really appreciate you guys including me in your group!” Juniper says. She bounces as she holds Saisho’s arm. “It means a lot.”

“Are you guys ready to take pictures?”

The six of us look back at Aura and Ren. Aura adjusts the collar of her dress as Ren puts the strap of his camera around his neck. They both smile as we leave the porch.

Nova rushes to my side. “I’m so excited!”

Yeah… I’m definitely excited to potentially expose what we’ve agreed to keep a secret within our small circle.

“Guys, what do we do?” I hear Amai in my head speak. “Is Saisho seriously wearing his Written form to prom?!”

Sakasu grimaces for a moment. “This has to be a joke.”

The six of us gather together on Saisho’s lawn. Amai takes the right side of Sakasu, placing an arm around the shorter girl’s shoulder. Sakasu puts a peace sign up with one hand, the other arm just before her so she can show off her corsage. The two girls give wide, warm smiles. I can hear one of them giggle.

Nova and I stand in the middle. My best friend puts a hand on her hip as her other hand holds one of mine. I place my other arm behind my back. As Nova gives a giant grin, I give a slight smile.

Beside me, I notice Juniper standing with Saisho just behind her. She, too, wears a smile before glancing up at her date. He puts an arm around her waist, smiling down at her before we all look up.

“Everyone,” Ren puts the camera up to his face, “Say prom night!”

Everyone giggles as Ren takes a few photos. We all keep our positions for a few moments. After a few clicks of Ren’s camera, he shows the screen to Aura. She nods a few times.

“These look wonderful! Would you guys like to see?”

Amai, Nova, and Juniper all rush over to Ren and the camera. As I watch the three of them, I hear Sakasu in my head.

I nod. “Yeah. Go distract the others… maybe take a few photos with just yourself. Or even Amai, Juni… a combination. I need to speak to Saisho alone.”

Sakasu goes to follow the other girls. I look at Saisho, who just simply smiles. He places his hands in the pockets of his gray slacks. I still see the familiar hint of blue glow surrounding him.

“Saisho. What are you doing?!”

His face transitions from one of contentment to one of shock. His eyes widen as he grits his teeth. “What are you talking about?”

“I’m talking about your Written form! Are you wearing that to prom?!”

Saisho slowly nods. “Why do you think I have it activated?”

“Please don’t tell me you’re wearing this the whole night…” I sigh internally. “What happens if your form goes out? In front of literally everyone we said we were gonna keep our identities a secret from!”

The blue-haired boy bites his lip. “I mean… I have something similar underneath-”

“Okay. What about Juniper?”

Saisho stays silent. He looks to the ground. I hear him give a nervous laugh under his breath.

Saisho looks up at me. “I might… have told her.”

My heart stops. I blink in shock a few times as I stare at Saisho. My lips purse as I close my eyes.

“I told her.” Saisho repeats. “I promise, she’s trustworthy! Juni promised not to tell anyone.”

I grumble as the palm of my hand finds a new home on my forehead. “Saisho. Are you dense?! What if she isn’t someone we can trust? We’ll all be exposed!”

As I’m about to say something in return, my mind is snapped back to reality.

The two of us glance at each other. I sigh. A reluctant hand of mine places itself on Saisho’s shoulder.

“Saisho… please. Just be careful. Okay? We cannot trust everyone.” I whisper.

My friend looks down. “I know. But I trust her. Everything will be okay.”

We all look outside the limo windows. Nova and Juni glance at each other before giggling. Amai squeezes Sakasu’s hand as we look at the building.

“I wonder what all of the decorations are like,” Juniper says.

Saisho looks at Amai. “Didn’t you suggest the theme for this year’s prom?”

I join in with everyone’s playful groan of disappointment. As everyone starts laughing in the car, I roll my eyes. I look at Amai with a small smirk.

“Dang Amai,” I tease. “Not giving us any spoilers?”

As I say this, I see Amai’s bright smile weaken. Her eyes meet with mine. She presses her lips together. “I… guess I wanted to keep it a surprise.” She shrugs.

I blink a few times. That response was a little off. Amai’s been cheerful most of the afternoon since her parents picked us up. Is something wrong with her?

Amai’s best friend looks at me. She glances at Amai, then at me. She looks to the side.

I frown. Not even Sakasu can tell me? That’s new…

Saisho goes to open the car door. “I’ll get the door.” He winks at his date before glancing at the rest of us. He pushes it open before stepping out.

Juniper is the first to leave the car. Saisho reaches for her hand, helping her get out of the car. He continues to hold the door open as Nova follows behind our new friend.

Well. I don’t know if I can trust her as a friend just yet. Especially with what Saisho told me earlier.

“This is going to be so much fun!” Sakasu says as she leaves the car. She reaches out to help Amai out, and the two leave with a giggle.

Aura looks at me and Ren. She smiles.

Ren steps out before Aura. He offers her a hand. She takes his hand, and he pulls her up and out of the car. She then takes his arm as they get onto the sidewalk.

I see a hand reach out to me. I look up to see Nova.

I take her hand. A small smile appears on my face.

Time to try and enjoy the night.

Ikimono discovers some new information, good and possibly bad, just as they're about to go to Prom. 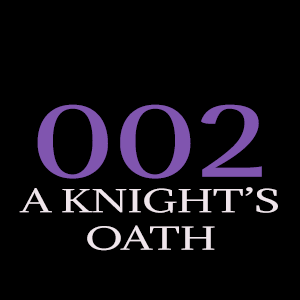