The bell rings for lunch.

I get up from my seat. I sigh for a moment, shaking my head. I’ll be honest; I put myself on autopilot for that class. I’ve never been a fan of it, but my thoughts have been racing as of late. It’s been like this for a few weeks now. I need to find some peace, but I don’t think this is obtainable yet.

Things have been different since we returned from Destiny. It’s been about a month and a half since we last heard from Soveliss. We speak to Naomi at times, but she never has anything to report when she visits. The five of us in the Normal have had to lie every single time anyone mentions Amai’s sister. We claim she’s gone missing, and we all have to tell the same lie; we don’t know why she left, and we don’t know where she went.

We can’t really afford to slip up.

However, since leaving Destiny, we’ve had a few good moments. Sakasu and Nova celebrated their eighteenth birthdays. Amai had her senior night with the cheerleading squad. Saisho has become a little more social at school.

So far, our normal lives are okay.

I finally get to the cafeteria. It’s not busy yet, but I should get into the line before it becomes long. I’m not a fan of school lunches, but I don’t have time to pack before school.

“Where do you think you’re going, blondie?”

I look over at the interaction I overheard. Immediately, I start to walk over to Sakasu and one of the boys in our class. I walk up behind my friend, crossing my arms.

“Is there a problem over here?” I ask. I narrow my eyes.

Sakasu looks behind her shoulder to see me. She smiles a little, then looks at the boy.

“He’s upset with me because I declined his request to go to prom with him.” The honey-blonde girl explains.

The boy glares at her. “I don’t get why you don’t want to go to prom with me. Come on, I’m a nice guy and I’m good looking. It’s not like you have a date anyways.” He crosses his arms, expecting an answer from Sakasu.

“Maybe it’s because you’re a jerk.” I give a sarcastic laugh. “No one finds that attractive. And claiming you’re a ‘nice guy’ doesn’t help you in the long run.”

Sakasu nods. “Besides! I’m in a happy relationship. I’m not going to cheat on my girlfriend.” She states. “I would hope you wouldn’t do that if you were in a relationship.”

“Girlfriend?” The guy scoffs. “Oh. Really? Then who is she? Does she even go to this school? Maybe you just haven’t been with the right man.”

“Dude, that’s none of your business.” I groan in annoyance. “Leave her alone.”

My friend shakes her head. “Exactly. I don’t have to tell you anything. Except this; I’m not attracted to men. Find someone else. I’m sure another girl would absolutely love to be your date.”

Sakasu and I walk away from our classmate. I glance at her as we head to the line for lunch.

She shrugs. “I guess. It’s not the first time he’s done this.”

I pick up two lunch trays and hand one to Sakasu. She takes it and nods in thanks. As we start to walk through, I try to offer her a smile.

“Hey. Don’t let him get to you, okay? You’re in a happy relationship with Naomi, even if she’s in Destiny.”

Sakasu grins. “Thanks Iki. I wish I could go to prom with her.”

“I know. Maybe we can organize a mini prom in Destiny if we have time when we go back.”

We both grab what we want for lunch. Personally, I go for the salads. Those are easy to eat and probably aren’t as disgusting. Once I’ve paid for the food that won’t kill me, I wait for Sakasu. She comes out with her food, nodding to me. We walk off to a particularly empty table. It’s there we see a familiar blue-haired girl with the biggest grin on her face.

I grin at my best friend as I pull out a chair. “How are you, Nova?”

The girl giggles. “Everything’s good with me. What about the both of you?”

“I’m okay. Nothing new to report from me.” I glance at Sakasu. “Sakasu kind of got harassed by one of our classmates just now.”

“Again?” Nova’s eyebrows furrow. “What was the reason this time?”

Sakasu rolls her eyes. “I didn’t accept a guy’s demand that I go to prom with him. I mean, why would I? I’m not attracted to men; most people  in our school know that by now.”

“Did you tell him you’re currently in a relationship?”

“She did.” I look at Nova again. “He still didn’t like that answer.”

The girl sighs. “What an idiot…” She takes a bite of her sandwich.

The three of us look over to two more friends as they walk over. One of them is accompanied by a girl I don’t often see. She’s particularly short and has bright pink hair. Her crisp, blue eyes meet with mine, and she wears the largest grin upon her face.

Saisho’s cheeks turn pink. “Ah, yes!” He grins at the girl beside her. “I think you all know Juniper. She’s in a few of our classes.”

“She’s in our language art class,” Amai informs me.

I nod at her. “Ah, yeah. I recognize you. Nice to formally meet you.”

“It’s nice to meet you as well!” Juniper giggles. “Is it okay if I sit with you guys? Saisho said you probably wouldn’t mind.”

“I’m down for a new friend at our table.” Sakasu smiles at all of us.

Everyone sits down. Amai is next to Sakasu, like normal. Saisho and Juniper sit with each other. I find myself next to Nova. We grin at one another before I look at the others.

“So, prom’s coming up.” Amai looks at all of us. “I’m on the planning committee. We’ve got some really fun things planned.”

“The theme is going to be fantasy themed. Someone suggested making this a ‘magical’ night for us seniors and juniors.” Amai giggles a bit. “I’m sure it’ll be fun.”

“We should all go together!” Nova states. “That would be so much fun! Don’t you think so?”

Saisho and Juniper exchange a glance. They giggle at each other. The rest of us all raise a few eyebrows at them.

“Juni?!” Nova practically jumps from her seat. “What?!”

Saisho looks at Juniper. Her cheeks turn pink as she glances over, smiling at him. He then looks back to everyone with his own smile.

“I asked Juni to go with me to prom as my date.”

Amai, Sakasu, and Nova all give a little ‘ooooo’ as Saisho and Juniper smile at one another. Nova bounces in her seat with excitement as Saisho’s girlfriend puts her head on his shoulder.

Juniper’s eyes light up. “Oh! It was super cute. He made me a cute little coffee with a note. ‘It would mean a latte if you went to prom with me’.” She says with a grin.

The girls give an ‘awww’ again as I nod to Saisho.

Saisho laughs a little. “Thanks Iki.”

It seems like everything is normal as of now. No one knows about the five of us being Written, no one knows that Destiny exists. We’ve been able to keep everything under wraps, and that’s fine with me. I like the quiet.

But this is the eye of one storm.

I don’t think there will be peace for long.

Our newest protagonist, Ikimono Yoru, meets up with her friends to discuss upcoming school events. 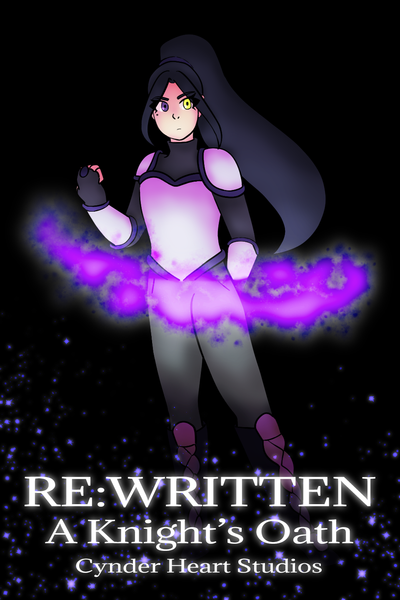 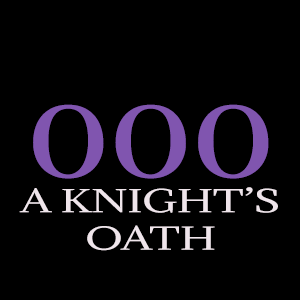