The rain was coming down in sheets.

Thunder rumbled, so loud and near that it practically shook the earth below. It was nearly impossible to hear anything over the showers pounding against the mud and puddles, or the trees trembling in the wind. A branch cracked and fell.

There was a flash of lightning, and for a moment, the two figures weaving and battling through the trees were illuminated.

The one with bright magenta hair crashed against a tree trunk with a pained grunt, recovering just in time to duck away from the steel handclaws that sliced through the bark with ease. She threw a punch into her opponent’s side, and they doubled over; the jack-o-lantern head resting on their shoulders nearly smashed into her face, but she grabbed it with both hands and slammed it down towards her knee. When it collided, the thick, hard material had her stumbling back and clutching the joint in agony.

In a flash, the jack-o-lanterned launched forward, claws extended like a spear hurtling towards its target. She snatched their forearm out of the air and spun until they were behind her, from where she yanked and hurtled them over her shoulder. As they flung forward, they twisted their body just enough to land right back on their feet and fling her with her own momentum. She tumbled across the mud and leaves until skidding to a stop.

She scrambled to her feet, wiping the residue off of the solid black, metal mask covering the lower half of her face. As Jack-O-Lantern ran forward, the woman lifted her left arm and pulled back a shot on the crossbow strapped tightly to her wrist. One small, wooden arrow was shot, but they ducked under it and launched themselves into the air, one heel ready to strike.

The woman was quick to throw her arms into an X-shape above her head just in time for the other to crash down onto her; despite the protection, she still dropped back down to the ground. Before they could attempt any other attack, she reared back and kicked, boot colliding with their crotch and knocking them up and over her head. They somersaulted back onto their knees as she rolled over and readied another arrow.

A soft, white glow crept from the base of the wood to the steel tip, and then shuddered and disappeared.

Jack-O-Lantern was still kneeling in the mud, one hand propping them up while the other held their lower stomach. The woman furrowed her brow and paused, waiting to see what their next move would be.

A steady stream of blood trickled down her forehead and into her blue eye; a lock of loose hair blew into her green.

Finally, Jack-O-Lantern looked up. If she could see their eyes, she was certain they would be making eye contact.

For a long moment, the only sound that could be heard was the raindrops pelting the earth around them.

And then, the snap of a branch.

The woman let out a curse as it came flying out of a tree and attached itself to Jack-O-Lantern’s arm. A rock was close behind, and then a vine, and another branch, and on and on until they were armored by various essential parts of the forest around them.

As they climbed to their feet, the leaves swirled around and stuck as one final layer. All that could be seen from here was the pumpkin protecting that which was most important.

The woman glared, fired her arrow, and sprinted for the trees.

Welcome to my first web novel!!! I hope you're as excited to read as I am to share this with the world 💕 (Although I do hope you don't feel the same level of nerves as I do LOL)

Listen to the We Will Prevail theme here: https://youtu.be/saJnjZA-B0c 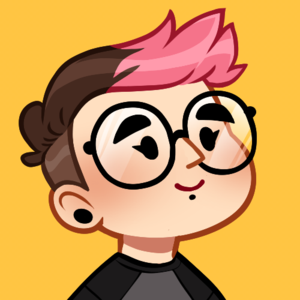 this is such a SICK BATTLE SCENEEEE YOOO!!! i can picture everyone's movements so clearly and it feels like i'm watching a well paced wrestling match. so excited to see where this goes! 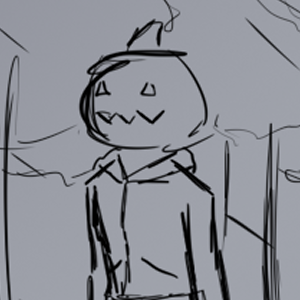