“Wow! Look at these decorations!”

The six of us stand at the entrance of the ballroom. Juniper holds Saisho’s arm as they look at one another in disbelief. Sakasu and Nova hold the other’s hands, trying not to scream in joy. I see a smile on Amai’s face as we look at the room.

“So this is what you’ve been hiding from us?” Sakasu looks at her best friend. Her eyes glimmer with excitement. “This is incredible!”

Within the room, there are streamers of white and gold spiraled around each other as they cross to opposite corners. Blue stars hang from the ceiling at different heights. Purple flowers can be seen on every table. The dance floor is surrounded by white and gold pillars. Every table’s number has fancy calligraphy on each card.

Nova giggles a bit. “So the theme this year is fantasy?!”

Juniper and Saisho go toward one of the tables together. I see the two holding hands. Juni giggles as she looks up at Saisho. He gently swings their arms back and forth.

My thoughts begin to race again about what Saisho told me earlier. I still can’t believe he told Juniper behind our backs! Does he realize what could happen if Juni isn’t someone trustworthy?

“Hey Iki! Are you just going to stand there all night?”

I look over to see Nova. She puts her hands on her hips as she gives me a sassy grin. When our eyes meet, the both of us giggle.

I meet up with our group over by the table. As Saisho pulls out a chair for Juni to sit in, I decide to sit next to Nova and Sakasu. Amai sits on the other side of Juniper, with Sakasu to her right. Nova is to the left of Saisho.

“When are they going to start releasing us to get food?” Sakasu asks. “I’m starving!”

Juniper leans her head into an open hand. “What’s on the menu tonight?” She looks at Amai as a giggle escapes her. “Or is that another surprise?”

Amai shakes her head with a half laugh. “Not much to hide on that one. But um… my mom might have helped with it a bit. So someone here might be really excited.”

“No way!” Sakasu gasps. “Your mom made her cheese tortellini?!”

Nova’s eyes widen. “We get to try the famous Winter tortellini?!”

Both Nova and Sakasu look at one another. They look excited

Just as Amai finishes talking, one of the other chaperones comes over. They tap on our table, signaling to us that we’re allowed to get our food. Everyone stands up.

“I’m so excited to try your mom’s cooking!” Juniper says to Amai. “Saisho’s told me so much about it.”

I glanced at Saisho. His eyes meet mine, and within that moment, he grimaces. Immediately, he looks back to Juni, reaching out for her hand.

“Yeah,” He says. His eyes avoid looking at me as he tries to make his grimace go away. “Let’s go try some!”

We walk away from our table. The closer we get to the buffet lines, the more I think to myself. Saisho is acting strange after that confrontation I had with him about wearing his Written form and telling Juniper about our secrets. Amai became nervous when I teased her for keeping the theme of prom a secret.

Maybe they’re just having an off day.

“That food was so good!”

I look over at Nova as I finish the last bites of my tortellini. Nova and Juniper just finished their fudge brownies, made by another chaperone helping here tonight. Saisho takes a sip of his water after taking a mint to combat the garlic bread. Sakasu and Amai are talking quietly before looking at the rest of us once more.

“We’ll have to tell Aura that her pasta was fantastic.” I say. “She did an incredible job.”

Sakasu smirks at me. “Mama Winter’s food is always amazing. It’s something I look forward to whenever Amai and I have a sleepover at her house.”

“You’re so lucky, Amai!” Juni claps a few times. “I wish my mom was this talented with cooking… but she is a hairstylist!”

“Did she do your prom hairstyle?” I ask.

Juniper nods. “Yep! She not only styled my hair, but she dyed it pink last week,” She explains, “I wanted a break from being a brunette.”

Just as Juniper finishes speaking, the music starts in the ballroom. Students around us start to get up. I look over at my friends.

Nova giggles, “You’re right.” She takes my hand. I pull her up from her seat when she squeezes my hand. “Let’s enjoy ourselves! We gotta make these memories count!”

The six of us go out to the dance floor. The music is pretty upbeat, so we can kinda just do whatever. I’m not that much of a dancer, but I’ll at least try.

I look over to see Sakasu and Amai vibing. A smile forms on my face. Sakasu looks over at me and grins.

“Iki! Come on, you gotta bust some moves here.”

“Guess we’ll have to make it your forte tonight!” Juniper giggles. She pretends to make a lasso to throw it at me. Her eyes playfully narrow. “Come on… you know you want to!” She makes a motion for me to pull forward.

Oh, what the heck?

I let myself pretend to be dragged over to Juni. Our friend group giggles as I finally let myself dance with our friend group. Nova bumps into me at the same time Amai does, and I laugh for a change.

This night is going way better now after the rocky start. Even though Saisho and Amai seemed put off earlier whenever I spoke to them, it seems like they’re doing okay now. Sakasu seems to be doing okay too. Nova is having an amazing time as she dances with a few of the juniors.

Maybe this night isn’t so bad.

The music then changes. It becomes a slow song. A few people groan as they walk back to their tables. I look over as Juniper takes Saisho’s hand. They go off to dance by themselves. I glance at Sakasu, who watches the two of them as she frowns.

Sakasu looks over at me. She nods, starting to walk over to the punch bowl already. I follow her as we stay silent.

Sakasu’s voice rings in my ears. I look down at her. She has a solemn expression on her face as we walk. When we reach the punch bowl, she picks up a cup. I sigh.

“She would have loved it,” I finally reply, “If she was here right now, she’d be with you on that dance floor right now.”

Sakasu pours some punch. She hands me the glass before picking up another. “Yeah… I guess you’re right.”

I hold my cup out. “Hey. You’ll get your chance soon enough. For now…” I smile at her. “Shall we raise a glass?”

“Sure.” Sakasu says with a smile. “To the best night-”

“Hey. Don’t forget about me just yet.”

The two of us look up. We see a young lady with short, dark hair in waves. Her turquoise eyes look into Sakasu’s widening green eyes. She grins as the shorter girl starts to bounce. I see her in a silver dress with red embellishments here and there.

Ikimono and her friends go to prom, only to be met with a few surprises. 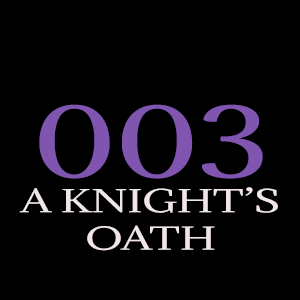