I sit down on one of the couches in the Winter’s living room. Nova sits close to me, along with Saisho and Juniper. Naomi and Sakasu sit in the love seat. Amai stands by Allisa, and Soveliss takes center stage. Even Aura and Ren are watching, waiting for whatever information needs to be given.

Why we’re having this talk in front of Juniper, I don’t know. I guess if the others trust her enough, we can keep her in the conversation. But we really need to keep an eye on her. Especially if she ends up being someone we can’t trust.

Then I’ll really be upset with Saisho for spilling secrets he shouldn’t be telling.

“We know where Violet could be,” Soveliss says, “We’ve been using energy tracking and other devices in the Observatory.” He glances down. We hear him take a deep breath. “Once we figured out where she was… it raised some concerns.”

Aura would cross her arms. “Is she okay?”

“Wish I could tell you,” Soveliss looks at her. “But we don’t know.”

“What do you mean? You said you figured out where she was.”

Naomi looks down. “Soveliss and I tried to go find her, but… she wasn’t there? And then when we got back… we got another clue as to where she might be.”

“She’s possibly near the Forest of Echoes,” Soveliss says. “One of the three major forests in Destiny.”

Our attention is once again brought to Aura letting out a choked gasp. Ren immediately goes to pull her close to him. Amai immediately tries to step towards her.

Allisa gently pulls Amai back. The two girls glance at one another before Amai sighs. The shorter of the two looks at Soveliss. She nods.

Allisa steps forward into the center of the circle, taking Soveliss’s place. She’s silent for a moment. Our eyes meet before she starts to pace.

“My mothers and I… we know someone who used to be a family friend. That… person went missing, and those close to her think they may be in the same location as Violet.”

Everyone falls silent. I see Soveliss reach out to hold Allisa’s hand. She glances at him and smiles softly. When she looks at Naomi, she gets another sympathetic nod. The elven girl sighs and looks at everyone again.

“So if we want to find Violet,” Nova whispers. “We’ll have to find Allisa’s family friend too?”

Soveliss nods. “More than likely, yes. Especially if this family friend of hers might also be…”

Amai clasps her hands together.

“Well, if that’s what it takes, then we should at least try.” She says. She starts to look at everyone as they smile. Then, she looks at me, and Amai backs down a bit in enthusiasm. “Maybe we won’t succeed, but… maybe we’ll make some progress.”

Nova gets up. “I agree. We can try again right?”

“Oh! And I can help, yeah? Maybe you could use an extra set of eyes!”

We all look over to Juniper. Her eyes watch excitedly as she watches Soveliss. His ears twitch with shock as the smaller girl bounces next to Saisho.

“Apologies,” Soveliss looks down for a moment before glancing at Saisho, “Is your… friend Written?”

Saisho glances at Juniper. He squeezes her hand, giving her a sympathetic smile. “She isn’t. Juniper is from here, the Normal. And, honestly, as much as I would love to help suggest your help,” He moves to hold both her hands. “It won’t be safe for you to be there right now.”

“Saisho’s right,” Sakasu says, “You could get really hurt right now, Juni. We don’t want you getting into danger.”

“We can take Juniper home for you, Saisho.” He says. “That is, if you guys are leaving right now?”

We look at one another. Within a few nods, blinks, and lip purses, we all look at Soveliss.

Soveliss puts his hands behind his back. He closes his eyes for a moment as his clothes change before us. He wears a black tank top, a blue scarf, white leggings and black laced boots. He dusts himself off before smiling.

“If you guys are ready, then I can summon the portal.”

One by one, every Written in our room transforms into normal clothing. Everyone slowly stands up. We all look to Amai.

It's time to travel to Destiny once more. 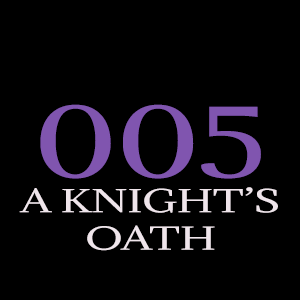