It was a rainy night when a cat sealed our fate.

The wind blew socks off my neighbor's washing line, and Michael's cat, Fluffs, mewled. Fluffs scratched on the other side of the door, continuing his meowing.

I nudged the door open with my foot, holding a big box of my belongings. Looking at my box to make sure I still had everything inside, I took a few steps forward. Thinking about how my boss spoke to me before firing me, I felt the tears threatening to burst from my eyes.

Fluffs hurtled onto the street when I kept the door open for too long.

"Oh no!" I turned to see the flash of a chubby gray shape zooming past me. Dropping my cardboard box with a loud crash, I ran outside after Fluffs.

My roommate Michael Cross loved Fluffs. Fluffs was his only family member in the city. I was so screwed if anything happened to Michael's cat.

I sprinted down the street as I saw Fluffs run to the right. Fluffs ran like Usain Bolt, and I ran like someone out of breath. I called Fluffs by name, but it was the wrong time. Fluffs finally stopped to look back, his big eyes glancing to where I stood calling him.

Just then a bicyclist collided with Fluffs. Fluffs jumped but I still heard a sickening crunch.

Fluffs lay there in front of a cyclist whose bike lay flipped on the side as he tried to avoid the cat.

I ran to Fluffs, and I called 911 with my phone, my fingers trembling. Fluffs was unresponsive but still had a pulse.

Minutes later, two ambulances arrived along with a police car. Fluffs and I went to the veterinary hospital, where I waited for the surgery news.

I called Michael, who was in the middle of his classes that evening.

"What! Where are you, where's Fluffs?" Michael asked.

Michael came running, his glasses askew and his brown hair flipped to the side. He laid a hand on my shoulder and he asked, "Are you okay?"

His formal clothes and coat were damp from the rain.

"No, I'm so sorry Michael! I didn't mean to leave the door open for that long. I just got laid off from my job and I wasn't thinking properly. Oh god, Michael," I bit my lip after I blurted out what happened.

He was so kind and I didn't deserve it at the moment. He should have flipped tables, swore at me, something more than those big comforting eyes that gazed at me.

We'd been roommates for a year. Michael was in his second year of his research PhD now and for the past year I'd been working full-time at an English education company. We had both responded to mutual friends who asked about roommate availability, since we were both looking for roommates at the time.

"Have you had any water?" Michael said, walking to the water machine to fill a cup for me.

I burst into tears when he handed me a cup and spoke soothingly.

"I don't hate you or blame you Marie. I know today was hard for you too. You texted me about work, remember? I'll wait for Fluffs. You should go home to rest." Michael pointed to the phone hanging out of his pocket.

I nodded and accepted his suggestion, moving to go when the surgery room's light turned off. With bated breath, I waited with Michael.

The doors swung open and a young woman who looked to be in her thirties came to greet us. Her long black hair swept up into a bun under her surgery cap and her eyes were visible above her cute blue mask. Recognition sparked in Michael's eyes and he smiled at her.

Huh, they knew each other?

"Michael, good to see you. So we've done surgery on Fluffs. He had temporary paralysis during the accident. But now he is responding well, and you can see him soon."

"Jenny, thank you so much, I owe you one." Michael hugged her.

I watched them, rubbed my shoulder and then looked at the ceiling.

"No, just doing my duty. Hey, who's this?" She looked at me, with an inviting grin.

"Oh, this is my flatmate, Marie. Marie, this is Jenny. She's my best friend's baby sister."

"Hey, I'm not a baby anymore." Jenny laughed with Michael.

"Speaking of, Bradley wanted to talk to you about something, I forget what. You know him, always rambling about his ideas. But I told him you're at my hospital and he's coming soon…oh there he is!" Jenny pointed down the hallway.

A tall man with curly black hair and dimpled cheeks appeared and walked toward us.

"Mike, my man!" Bradley slapped Michael on the shoulder.

Bradley rolled his eyes and he said, "Well, I do have a proposal."

I looked between the two of them and my eyes widened. Wait, were Michael and Bradley…

"I wanted to ask you if you'd be a part of my new project. I would need you, your house, and your flatmate for a couple of months."

My ears perked at the mention of this.

"I'll let you guys talk," Jenny smiled, walking back into the surgery room.

"You didn't even listen to the rest of it." Bradley said.

I felt the urge to put my hand up.

Bradley looked at me, confused.

Bradley smiled, and he said, "Michael, you never told me your flatmate was stunning, or that she was a woman."

"Does it make a difference?" Michael huffed.

"Hashtag, Room Life. It's the concept for the new show we're doing. We are doing a couple of seasons but I wanted to ask you and your flatmate to be my first pair. We want to film a daily life kind of vlog of flatmates in the city and air it bi-weekly. The first season is ten episodes. There will be some mini challenges for you two to do, for example watch a scary movie together. It's a mega paid opportunity."

Michael mulled over the idea, before he spoke, including me in the conversation.

I felt embarrassed to admit that I needed the money since I'd just lost my job, and couldn't afford rent after the next seven months or so, but I nodded nevertheless.

"Sure, I'd like to try it. Can we hear more details first though?" I asked.

Hollywood, or Bradley, was so happy. He was smiling ear to ear and I was worried he would lose his smile if it even stretched wider than that.

And that was how Hollywood's company started broadcasting my life with Michael on live television in the months to come. 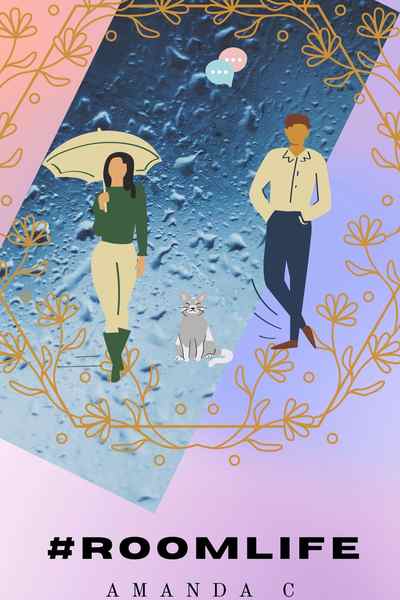 Marie Bits and Michael Cross are flatmates, and then they become show mates.

After a traumatic night involving a fluffy cat, both are pulled into a reality show, depicting their daily lives living together. When people begin commenting they are couple #goals, Marie and Michael find themselves in a sticky situation, trying to navigate living their lives and becoming increasingly popular to the public eye.

Will time show Marie and Michael as soulmates, or just two souls crossing each other at wrong bits of time?
Subscribe 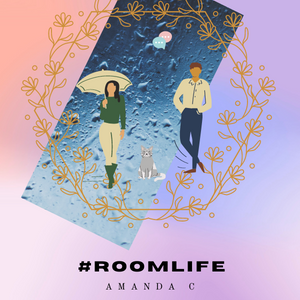