I wake up with a yelp as two paws dig into my stomach. My eyes fly open. I see the white, three-tailed fox half-standing atop of me. I narrow my eyes a little before looking around.

We decided to sleep in Soveliss’s guest room last night. It’s the most convenient place to crash for the night while we’re here. Everyone in our group of five slept here, as well as Naomi and Allisa.

I glance around the room. I see Sakasu snuggled up to Naomi in their bed. Saisho has his back to me. Nova is passed out. Amai is on her stomach, also asleep, to my knowledge.

The only person I don’t see is Allisa.

“Snowie,” I whisper, “Don’t yell like that. You could have woken the others.”

Being excited doesn’t give you an excuse to risk disrupting others. They need to sleep too.

“Alright,” I sigh as I stand up, “Let’s grab some breakfast. Then we’ll set out to search for the Blades.”

I think I know where my missing elf friend is.

I slip into the kitchen. I see Allisa, standing at the stove. She hums to herself as she seems to work with something in a pan. She seems at peace with herself. There’s a smile on her face.

This is making me smile, but I’m not sure why.

“Good morning,” I whisper. I walk up to stand beside Allisa at the stove. “You’re up early.”

“Could say the same about you,” Allisa says. She continues to work on the eggs in her pan. “But you do have work to get done today.”

I nod with a sigh, “You’re right. But at least we’ll be able to get information about Kaen’s location.”

“He might be tricky to find,” Allisa mutters. “She’s always been a bit reclusive, but I’m sure you’ll find clues about where they might be.”

Allisa starts to put the scrambled eggs onto some plates. She pushes a plate to me.

I take the plate without hesitation. I smile at her. “Thanks. You really didn’t have to make breakfast.”

“Eh,” Allisa shrugs. “I have nothing else to do right now.”

Snowie jumps onto the counter.

“Hey ‘Liiiiisa.” Snowie sings. “Can I get some eggs too?”

Allisa giggles. “Give me a moment, Snowie.” She taps the fox’s nose. “I’ll get you some breakfast too.”

I look at the fox in astonishment as Allisa goes back to the fridge. “You like eggs, Snowie?” I ask.

The fox giggles. “Mhm! Allisa let me try some when she, Sovi, and Naomi were having breakfast one day.” Snowie yips. She then rolls her eyes. “Apparently, I can’t have chicken or meat for every single meal I could ever want, even though that’s completely unfair because chicken is my favorite food! But… I do have to ‘expand my palate’, in the words of Soveliss.”

“And, you know he’s right,” Allisa says. She puts down a small bowl of egg, some berries, and nuts. “You’re doing a great job trying new foods. And it has helped you with how stubborn you can be sometimes.”

Snowie leans up into Allisa’s hand as she pets her head. “Mhm!! I think so too! Besides, I wouldn’t have known that there were other yummy foods, and I would still be dead set on finding chicken all the time.”

I find myself laughing. While it’s a seemingly meaningless instance, it’s cute to hear about Snowie’s adventure with food. When I was last here, the only thing the fox cared about was finding chicken and getting belly rubs. But now she’s curious and trying new things?

Heh… wish I was as carefree as her.

“It’s really sweet to hear that,” I say. I grin at Snowie and Allisa. “I’m glad you two have been doing well.”

Allisa eats some more of her own food. “Well, we have to do what we can. Yknow? We have to keep learning, finding out more about ourselves. We can’t do that if we’re stuck in one mindset, one way to ‘live’ our lives.” She pets Snowie again as she starts to chow down. “It’s a new mantra I’ve started to live by. It’s nice.”

I smile. Allisa’s words sink in a little. I’m not sure why, but they make sense?

Eh. I’ll think about this later.

I finish up my food, and I take my dish to the sink. I start to wash it, thinking to myself. I have no idea how I’m going to find the Blades or where to even start with Kaen.

Maybe this little interaction with Snowie and Allisa will help me somehow.

A morning discussion with Snowie and Allisa brings forth some interesting questions. 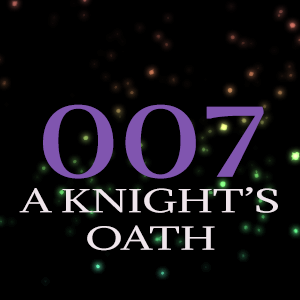