“Will you two be alright to go by yourselves?”

Allisa looks at me carefully. Her eyebrows are furrowed together slightly, complimenting her wide, gray eyes. They beg for an answer.

I carefully reach for Allisa’s hands. With a gentle hold, I bring them up slowly, squeezing them a little with a grin. My eyes meet her.

Snowie taps her paws on the ground. “Mhm! I’ll protect Ikimono for you, Allisa. Don’t worry!” She says. She gives a little spin. “I’ll make you proud!”

Allisa looks down at Snowie. She grins. “I trust you, Snow.”

She then looks at me. Allisa comes forward to tightly hug me. I freeze. She keeps her arms squeezed around my shoulders, staying there for a few moments. My heartbeat speeds up.

Where is this coming from?

I hesitantly move to hug her back. My arms wrap around her waist. I give her a small squeeze.

Allisa squeezes me again. “I know. I just can’t help but be nervous about… you know…”

The two of us separate. Allisa takes a step back into the observatory. I step back outside. I give her a wave.

Snowie and I start to walk away from the observatory. The fox circles around me as we walk. Her three tails wag once she finally takes my side.

“I’m so excited to explore with you!” Snowie says. She reaches her nuzzle up into my hand, trying to get me to pet her. “We’re going to have so much fun. Ahhh, but I hope Sakasu will be okay without me… I was cuddled by her last night, and I’m sure she’ll be worried too…”

I reach down to scratch Snowie’s head as we walk. “Don’t worry,” I whisper. “Sakasu’s capable of handling herself. She’ll be waiting for you when we get back to the observatory.”

“Oh! Plus, she has Naomi now!” Snowie yips. “So Sakasu will have company despite me being gone.”

Sakasu will also have Amai, Saisho, and Nova, along with Soveliss and Allisa. She isn’t completely alone, but I can understand why Snowie is worried about her. They bonded the last time we were here.

I kinda like Sakasu. I didn’t know her too well before I found out she was Written and we started this whole journey to try bringing Violet home. Sure, we had a few classes here and there together, like gym and math, but we didn’t talk much. Since this whole thing started, I feel like I’ve grown closer with her. I really enjoy hanging out with her when we get the chance.

I kind of feel bad that I didn’t know her too well before all of this.

Snowie looks at me. She grins before starting to circle me again.

“You’re gonna love the Blades. They’re all really strong, and they kinda remind me of you.”

I raise an eyebrow. “You said you know where they live. But… Do you know them too?”

Snowie nods. “Mhm! Soveliss is acquainted with Kori; she’s one of them. They’ve known each other for a while, and in turn, I know her! And I also met the others.”

“How many Blades are there?”

I put my hands in the pockets of my jeans. “Huh. Interesting. When did you meet them?”

Snowie tilts her head. “A while ago. I think… maybe a few years ago when the Blades first formed? I usually traveled with Soveliss, Naomi, and Allisa whenever they’d visit Kaen and the others back then. I wasn’t bonded with Sakasu yet, so I typically followed them.”

I start to think for a moment.

“How long have you known Soveliss?”

“Oh!” Snowie barks. “A long time! I’ve grown up with him. Fay told me they found me as a pup, and they’ve raised me ever since. I guess it’s just fate- the Tarunas are like family to me!”

Family? Is that why they’ve always seemed so close? Soveliss had once told me that Snowie has been with them as long as he can remember. Maybe this is why.

I don’t know Faylen and Voron too well. I’ve only met them a few times, but they both seem kind. Voron is a quiet, knowledgeable man who speaks when needed, whereas Faylen is the life of the party.

I respect them both, but then again, why wouldn’t I?

I find myself falling into silence. Wherever Snowie is taking us is a place I don’t recognize at all. I know we’re still in the Forest of Vibrance, but I’ve never been to this part of it. It’s unfamiliar.

Snowie runs up a little farther. She bounces around.

“I am being careful!”

Snowie continues to bounce around. She keeps going in the same direction.

But then she stops.

She puts her nose to the ground. I can hear Snowie sniffing around as she starts to focus. Her eyes narrow as she gives a little hum.

Did she pick up on someone?

We keep walking. Snowie keeps following a trail. I look up in the trees, wondering what the fox could have detected.

It better not be Corruption…

But then I see it.

A foot dangling off a tree. A foot with a black leather boot. I look a bit higher. There are blonde locks of hair gently floating in the breeze. They don’t seem to move. Are they asleep?

Snowie starts to approach the tree. I follow her, still looking at the unknown person.

“Snowie. Do you know who that is?”

I see the girl’s eyes flutter open. She stretches, looking down at us. The girl smiles at Snowie. She climbs down from the tree and finally faces me. She bows with a smile.

I watch as the girl smiles at the fox. She pats Snowie’s head a few times.

“Yep yep!” Snowie starts to circle the new girl. “Soveliss introduced me to the Blades, remember?” She looks up at her. “Sara Hanamura, this is my friend Ikimono Yoru.” She glances at me again. “Iki, this is Sara!”

I try to smile a little. “Um… hello.” I offer a hand out to Sara. “It’s nice to meet you. I’m Ikimono, and I’m also known as the Shining Knight.”

Sara closes her eyes when she looks at me. She bows her head, not speaking. I tilt my head in confusion, but then I hear a new voice.

“It’s a pleasure to meet you, Ikimono.”

I blink in surprise. I open my mouth to speak, but I stop myself. I’m confused…

Sara opens her eyes. She smirks before closing her eyes again. “I mean, danger lurks around every corner.” She says. “But no, that’s not why. I am mute, ergo, I can not communicate by talking. Telepathy is just easier than writing.”

That makes a lot of sense. I mean, if I couldn’t talk physically, but I still had cool powers like these, I’d use this method too.

“Huh,” I whisper. “That’s actually really unique. I like that.”

Snowie bounces around Sara again. She then looks up at her. “Oh! Where’s your pretty girlfriend? Is she stuck in her ice tower?”

Snowie looks at me. “I’m kidding. I know her girlfriend is safe… it’s just a play on words!”

Sara’s eyes open again. “Kori is not in her ice tower.” She smiles, blush forming on her cheeks. “She’s back at the base, probably having lunch.” She brushes a few twigs out of her outfit.

“Kori?” I ask. I wait for a moment as I piece something together. “Oh. You’re with one of the other Blades then? That actually works… Soveliss sent me. He wanted me to check on you guys after the recent disappearance of Kaen.”

“Kaen… our current plans are on hold as we are expanding search parties to look for them. That’s why I’m here… and why I was asleep in a tree.”

Sara nods. “They are currently back at our base. Come. I’ll show you the way.”

Ikimono and Snowie set out to find the Blades. 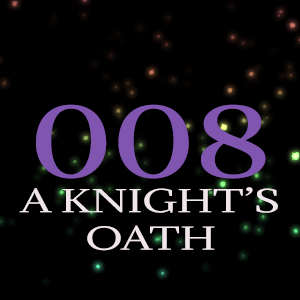