As a summary I might tell you now that I finally entered the El Derian Chambers as per my love interest’s request. I was expecting to enter a fantasy world where I could become a legendary fighter of sorts, yet, reality had other plans for me. As far as I’d ever see, there were tons of science fiction elements mixed with some fantasy settings in a very strange fashion. And nope, I’d not pay any visit to the Tavistock Academy as both Nessie and that darn Slime Face had told me not long ago.

I might have to admit that I was a newbie, making it impossible to go straight to the academy and get some powerups and the like. The reason? Well, I’d dare to say that it was mandatory to go through a boring but weird introductory scene where I was forced to learn lots of in game history in a matter of minutes. You know, that reminded me of one of those boring history classes I had to take at high school. Oh be totally sure I seriously hated all of them!

You might wonder why I’d ever name this chapter the fourth one instead of coming up with a more creative title. Don’t worry about me! I’m not insane. Nope, I won’t lose my mind because of some stupid videogame. Let’s blame the game developers for their strange leitmotif. You see, they were obsessed with the fourth revolution so they paid a homage to that utopia or dystopia, depending heavily on your viewpoint, by calling it the fourth chapter (of real human history) and recreating a possible future version of planet earth under a shady forum’s new order.

What does that ever mean, my dear readers? Err, well, it means there are few magics you can learn and there’s an easy explanation on this. Usually people think the spiritual world doesn’t exist, thus leading them to a path that I personally despise, and this naturally means that they’re focused on high technology. This has become such an overtly obsession that even their magic stuff seems to be just another bunch of convoluted combos of mixed technologies, that only programmers, chemists, biochemists and physicists could ever understand, rather than a proof of the existence of spirits in our fictional world as I had first imagined.

Really, I hardly recall the basics of their long series of skill trees currently available for noobs like me. Keep in mind that fantasy stuff still exist so I could still become a swordsman or axeman if deemed necessary. What actually destroyed my fantastic dream once for all was how they let us choose between being a impoverished human fighter and a microchipped one. Then I was promised that I’d get upgrades, become smarter, stronger and faster than my fellow humans. Suddenly they made a creepy promise to me.

“Probably the day will come when you might be worth of the black nobility’s favor” the eerie voice informed me. “Then and only then you will get access to the next stage of evolution: the incredible champion the cyborg soldier!”

To be honest with you, guys, I wasn’t expecting to be watching a videogame loosely based on one of Jean Claude’s films ever. Gladly, they admitted the total transformation of the human body into an integrated biotech entity that won’t be called human nor robot and would even surpass the cyborg stage itself wasn’t implemented as of yet. Even so that promise made me shiver as if I were crossing the Antarctica on my own while wearing just a thin windbreaker.

Since I picked the human male swordsman, I got no extras at all. This also meant that I had to dwell in the slums just because. Nope, there was no single explanation on why I couldn’t start my quest for ultimate glory at some shiny castle or palace. They simply determined I deserved to be just another gross inhabitant of a settlement better known as the neoslum or Neulumpen or neotugurio depending on your current language and regional settings. Don’t ever ask me why I ever cared to change the language over and over again because I can’t really elaborate a little bit on it, he, he.

I gotta tell you this right now before I ever forget it. That town really look like one of those evil places where the only way to barely survive would be to graduate from the school of the hard knocks on a blink. Not even a few amazing players I met once I had arrived could make it in time. Seriously, my self confidence kept constantly dropping like rainfall. Bloody violence and dire hopelessness seemed to be the undefeated champions or even the eternal kings there.

Don’t take me wrong! I’m not against a real challenge, it’s just that normally prefer to skip them. You know, I love to avoid confrontation unless it involved either Jake or that crappy Slime Face. By the way, that made me recall that I hadn’t met any of them there, except for Vanessa. OK, you’re right guys, I truly lied to you, unwillingly. I did meet a girl but at the end it was just a mere coincidence that she had picked a similar outfit than the one I had suspected Nessie would be wearing in game.

Now that I think about this, my suspicions lead me to think that they might have quit being real human beings and had become cyborgs already. What a shame! My dear Nessie was perfect the natural way she was! This is a really saddening discovery for poor me!

Do you want to learn another depressing game fact, my friends? Then get ready for my next revelation: the dark raven was here as well! Fine, there were thousands of them in the neoslum but only one of them definitely behaved the way the real one always does. Since this one couldn’t be such a burden as his real life counterpart, I nicknamed him Ravie. Yeah, I know, I’m the best at picking names for sure, he, he.

Once I had found a pet of my own I thought it was time for the beginning of a new legend of the Bloody Earth: The Fourth Chapter. Heck, I was really convinced this game had a short name but it took me my first beating to find that out. Crap! Utter crap!

Fred bought their story and entered in the Elderian Chambers in order to find out how great the place actually was. What if all of it was mere lies and subterfuges? They could have been carefully designed as to make him take a leap of faith... to oblivion!

Now our lead character has to find his way to survive the unknown in a virtual reality environment. Yet, there is still something that makes him worry sick about his future. Are cyborgs gonna kick his ass in no time!? 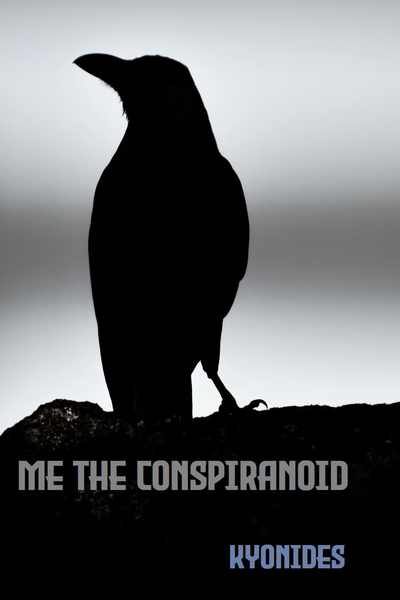 There is no reason why we should believe our governments have no secret agenda. Actually modern life would be excessively boring if they did not!

At the same time I am not looking for new or even ancient conspiracies to be unveiled, they find me on their own! Really, I cannot make that up, guys! Well, I guess I certainly could but even so that is not my very own case. You got to believe me!

Obviously, you have no reason to ever listen to some lunatic like your servitor, yet, there will be no other way to get out of this mess if you ignore my warning. You know what? Just pretend I do not even exist. I will laugh at you for sure once that darn raven pays you a visit like he did in my case. Let us see if you can deal with his obnoxious presence even for a couple of hours, he, he.
Subscribe 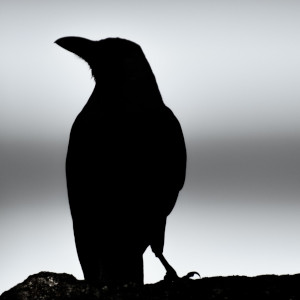