My mind wanders in circles.

I’ve been trying to sleep for a while now, but sleeping in a place you haven’t been to in a while can mess with you. New surroundings need to be adjusted to. Sometimes that’s easy for people. For others, it’s the bane of their existence.

I know which category I fall into.

I toss and turn a bit, sighing. I can’t help but glare at the wall. Sure, I was in Destiny back in late January. But it’s nearly April now… This isn’t somewhere I’ve been fairly recently. I’m not entirely comfortable here.

“Having trouble getting a good night’s rest?”

I jump at the voice. It’s a bit unfamiliar to me. I sit up almost immediately as I look around.

I look to the side of my makeshift sleeping area in the Blade’s cottage. I see a transparent man with blonde hair and red eyes sitting on the edge of the bed. I recognize him from the light gray, black, and gold attire he wears in his Written Form.

“Just call me Atlas,” Amai’s late father chuckles. He grins at me. “Don’t worry, the others can’t hear me. You are asleep, I’m just… helping.”

“Well, I am the Guiding Star,” Atlas smirks. “I guide people.”

“No. I guide people to many things, actually.”

The man stands. He paces over to me, stopping in front of where I sit. He puts his hand out to me. I look up at him to see Atlas smile again.

Should I…? I don’t know what exactly he’s gonna help me with here. I don’t really need guidance? I’m just trying to do what I’m here to do, and then I intend to go back to the Normal.

But… maybe he has a point?

I sigh. I hesitantly take his hand.

“Do you recognize where you are?”

I open my eyes with a gasp. As I look around, I find myself surrounded by trees. A gentle breeze blows throughout the area. The sun is shining. I’m sitting on a bench at the park.

I look over at the sound of a familiar voice. I see a cloaked man with crisp blue eyes staring at me from under his hood. He grins as he gently brings the cloth down from his head, revealing the auburn hair tied in a ponytail. His elven ears stick out just slightly.

“Are you Ikimono Yoru?” He asks.

I feel myself begin to grimace. “Who’s asking?” I say involuntarily. I swiftly get up from the bench. “Who are you?”

“Ah, please,” Soveliss winces for a moment. “Don’t be… alarmed.” He chuckles awkwardly. “My name is Soveliss Taruna. I’m… not sure if you know much about it, but um… do you know about Destiny?”

Yeah. At this point, I knew about Destiny. My mother is from there, I’m half Destinian. She told me this a long time ago. My grandparents on her side are Destinian, they came here before what my mother called the ‘Disaster of Destiny’. I guess that’s the reference to Corruption, but my mother and grandparents never witnessed it. The only reason my mother even knew about it was because of Nova’s mother.

Soveliss reaches into his pocket. I feel myself go into a defensive state. The elf freezes as he keeps his free hand up.

“Hey,” He says. “I’m not here to hurt you. That isn’t going to do me any good. I have no gain from hurting people.”

I keep my eyes trained on him. I can’t stop myself from glaring.

“Then what do you want?”

Soveliss slowly pulls out a black box. “This is meant to be yours.” He starts to stand up. “I came here to the Normal to deliver it to you.”

I put my hand out hesitantly. He puts the box in my hand. I start to stand up straight as I open the box. Inside is a silver ring with an indigo oval jewel. It shines in the sun as I look at it.

“It’s a Written Charm,” He explains. “It’s a piece of Destinian jewelry that will give you access to your powers-”

I open my eyes again. I see myself back in Nova’s bedroom. I’m sitting on her bed as she looks at me. My best friend starts to shake.

“If I tell you something, will you promise to keep it a secret?”

I watch as my best friend’s eyes shake with fear. Her lip quivers. The girl looks as if she’s going to burst into tears.

Nova reaches to her side. I see her pull out a black box from under her pillow. She slowly extends it to me.

“Nova-” I jump a bit in an involuntary reaction. “Where did you get that?”

The blue haired girl looks at me with a head tilt.

“Some… elf gave it to me.” Nova whispers. “Said it was from Destiny, and it was called a Written Charm. I asked my mom, and she said that he was right… I wasn’t sure if I should tell you I got this, but I trust you… And I want to show you…”

She opens the box. Inside is a silver and turquoise beaded bracelet. It sparkles nearly the same way my ring had sparkled.

Was it not just the sun?!

“I… Mom thinks I might be Written now.” Nova says. “But… I’m so scared to wear it! People already look at me weird at school. If they see this bracelet and ask about it, they’re gonna laugh at where I got it from, and they won’t believe me, and I’ll get bullied too-”

I put my hands out to grab her shoulders. Nova stops rambling. Our eyes meet.

I lift my right hand. She looks at my ring. It sparkles again as her eyes widen.

“Yeah,” I answer. “I got this over the summer. An elf gave this to me as well. Was… his name Soveliss?”

I think for a moment. Why am I pausing? I know what I’m going to say next, this didn’t happen too long ago.

“Y’know, you can be a leader when you want to,” Atlas says. “But you haven’t been a real friend lately to anyone.”

“Then why are you showing me this?”

“To show you your roots,” Atlas responds. He chuckles a little. “I think you could use a reminder about what you mean to some of the people in your life.”

Her eyes widen again. “Are you crazy?!”

Does… Nova see me as a hero?

I look around. The scene is still black. But I recognize the voice.

I try to search around for Allisa, but I can’t find her. I hear her scream. I ready myself in a defensive position in case I need to attack.

“You’re not going to save her.” An unfamiliar voice says.

A blaze of fire is in front of me. I hear a giggle. I start to approach the flame as I narrow my eyes.

The flame before me starts to spark with dark flecks of magic. It begins to grow and morph into the silhouette of a person with twin braids and a dress. They grin at me darkly with Corruption.

“Do you care about the people in your life, Ikimono?”

Ikimono meets an old friend in her dreams, who shows her some things she may have forgotten... but she's met with something... unknown. 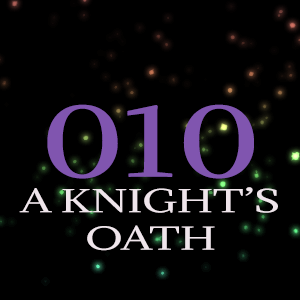