A harsh wind blows across the town, sending the sand and pebbles below packing. People close their windows and doors. It is dead silent. The only thing that can be heard is the clicking of iron on the road.
"They are here... hide!"
A dozen men strides down the town, armed with what can only be described as the teeth from hell. Clad in black leather and tough boots, they trample all that stand in their way. Taking the centerstage is a tall imposing man, none other than Erik's father. The man inhales.
"Now, Sylve is it? May I have your attention?"
The man calls out for the girl. She stands on a balcony.
"I understand that you had a minor argument with my son?"
The girl is hesitant to express her true thoughts on the matter. This is after all the oppressor of their town she is talking to. Any wrong move and it could end badly for the whole lot of them.
"...he wants me to engage him."
Erik's father seems amused.
"I'd say that is great news. You must consider yourself lucky having the opportunity to become Erik's wife."
Ares and Eros look in disgust. Douglas spits on the ground. Looks like the apple did not fall far from the tree. Both father and son have perverse tendencies.
Sylve shakes her head. She refuses.
"If I were in your shoes, I would accept, Miss Sylve. In my family we have far more to offer you than your beggarly family could ever offer you in a lifetime."
"That's enough!" Sylve shouts all of a sudden. "I refuse to marry such a disgusting egocentric pig!" Being pent up with Erik's father insulting her family. But she realises what she has done and covers her mouth. The man grimaces.
"I see what is going on. Not only is your family and everyone else in this stinkin' town a bunch of lowlives..."
Erik's father orders his men to draw their weapons. Erik himself smirks and laughs behind all of the men. Serves her right.
"They are also devoid of manners! Bring this town to the ground!"
...
...
...
"What are you waiting for! Hurry up or I will have you fired!"
The realisation dawns to Erik's father. His men are frozen to the ground. Literally.
The gangster frantically glances around the town to find out who is responsible for this travesty. When his eye lands on a stranger leaning against the wall. His long white hair flowing in the wind. Brandishing a huge scar running on his back. Some of the men begin to cower, having heard rumours about such a man.
"Well, aren't you getting cold feet now?" Douglas smirks with a mean grin. "I thought you were going to bring this town to the ground?"
He turns around to face Erik's father and his henchmen.
"I'll tell you something better. It is something a 'friend' of mine told me once. How about I bring the dirt to your level instead?" The white haired man taunts the opposition.
This angers the men so much, they break through the ice through sheer willpower. Douglas is being approached by the men rushing in. They are so taken in by the white demon, that they do not notice assault from behind.
"You fools! Look behind you!"
But is it too late. Ares and Eros rush the rushing men from behind. The broken chunks from Douglas' ice make for great projectiles apparently, because Ares and Eros use them with devastating effect. Launching the chunks with the twin's windblades causes some serious bruising and concussions. It wouldn't take long before nearly all of the men drop from the fight.
"W-what?! No... let's go Erik. In discreet style."
Father and son walk backwards in their most discreet way possible. But this proves to be futile as they bump in something behind them- or someone?
"And where do you think you are going?" Some of the taller villagers come to 'say hi' to their oppressors.
"Uhhh... gosh what lovely weather for a drink! Can I order a cocktail?"
What happens afterwards is not a sight for the fainthearted. A bunch of broken bones and bruises later, the oppressors are nowhere to be found and the villagers prepare a board in town. Sporting the text "major elections."
Douglas and the twins come to see Sylve, and the white haired man hands her a drink that Erik slapped out of her hand before.
"You holding up alright?" He asks. She nods.
"Thanks! Yes of course. I'm so glad that you helped me out of that pinch."
Ares crosses his arms. Douglas notices this.
"You're gonna take all the credit for this again, right?" He pouts. "Since you froze all those men to the ground and stopped them from breaking down the town."
The tall guy gains a wide grin as he pats Ares on the head.
"No, the credit this time goes to you and your brother. You two finished up this ordeal rather nicely after all."
Really? The two had stars in their eyes. Ares and Eros would finally get praise from the boss.
"Does that mean that the chief is gonna give us extra money for this? Since y'know, we get the credit for it?"
Douglas chuckles.
"No. This wasn't a mission assigned by the boss, so I am afraid that you don't get anything." He shrugs.
"Why you!" This time both of the twins run after Douglas to kick him in the shins as he easily dodges and maneuvers around them. The villagers watch on and smile.
"Come, let's go inside Sylve. Rumours say the Azure Hand prowls at night."
~~ Part II end ~~ 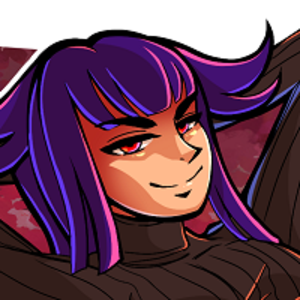 Erik's father returns to avenge his son's 'honour'. However, the 'heroes' lie in wait for him.

Ooo interesting, also the 'cold feet' pun got me haha 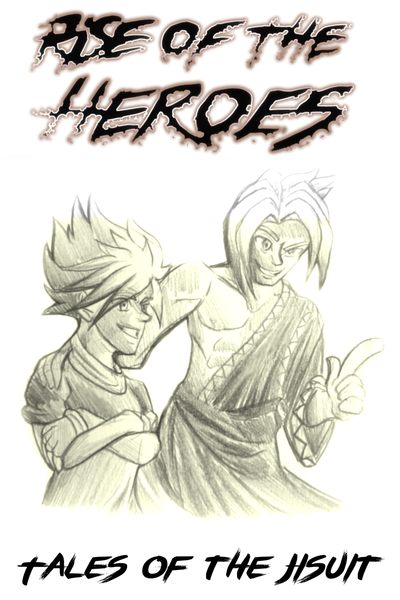 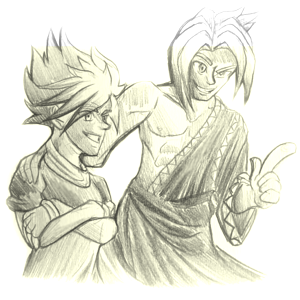