I walk into the Observatory as Nova runs towards me. Her arms wrap around me tightly as she giggles. I can’t help but hold her tight with a slight smile.

Snowie trots around me and Nova. She grins with a little howl.

“See?! I brought us back safely.” Snowie says. “And I brought a new friend with us, too!” She looks back at the door. “Come on in!”

Nova looks at the red-haired girl behind me. Her eyes light up with excitement. She steps away from me, putting her hand out to Maeko.

“Hi! I’m Nova Haruwiki,” She introduces herself, “The Masked Starling. It’s nice to meet you.”

The Blade shakes Nova’s hand. “I’m Maeko Hanna. But you can also call me Zinnea Leaf. I’m one of the Blades.”

“What’s all the commotion?”

I look down the hall. Amai, Saisho, Naomi and Sakasu all stand there quietly. Snowie rushes up to Sakasu and Naomi, who reach down to pet her. The fox giggles as she nuzzles into Sakasu’s arms.

Maeko grins as she walks over to Naomi. She puts her arms out.

“Good to see you, old friend!”

The two hug one another tightly. Sakasu tilts her head as the two separate.

“You know her?” Sakasu asks.

Naomi puts an arm around her girlfriend. “Yes! This is my old friend, Maeko. We’ve known each other for a long time.” She looks at the red-head. “This is Sakasu, my girlfriend.”

“You have a girlfriend?!” Maeko says. “The two of you should join Sora and I on a double date sometime!”

“Hey Iki,” She mutters. “Are you here to meet with Soveliss and Allisa?”

Saisho glances at the girl beside him. “Huh?” He questions the light blonde haired girl. “Is that why Iki’s back?”

Maeko steps towards them. She nods.

Naomi tilts her head. “Do you know where that is, Ikimono?”

Maeko and I make our way past the crowd at the door. Snowie stays behind with the others. I can hear my friends excited to see Snowie again. They quickly become quiet when they leave for another room.

Wish I could be as carefree as them…

We walk back to the room we were told to go to. I guess Soveliss and Allisa are supposed to be there.

I don’t doubt that Sakasu told me the truth. I don't understand why my friends were so off. I mean, they’ve been acting since the night of prom. Even Nova has.

I wish I knew what was going on.

Maeko looks over at me.

“Are you okay?” She asks. “You seem distracted.”

I shake my head. “Not really…”

It’s not like we have time to talk about it.

We finally get to the study. Soveliss and Allisa stand at a table. They both grin at us as we walk in, and Allisa comes over to me.

Once again, Allisa hugs me. I stiffen up for a moment, but unlike last time, I don’t hesitate as long to hug her back. I give her a slight squeeze, smiling to myself.

As Allisa steps back, she takes my hands in hers. She scrunches her nose a little in another grin. She leads me over to the table. Maeko follows closely behind.

“So,” Maeko looks at Soveliss. “Whatcha callin’ us in for?”

The auburn-haired elf looks at the book in his hands. He dusts it off, biting his lips.

“Ikimono, do you remember when I was talking about using the Archive? It was just before you left to find the Blades.” He asks me.

“Oh,” Maeko says. “I believe I’ve heard of the Written Archive, too.” She gestures to the book. “Is that it?”

I take a look at the book in Soveliss’s hands. It’s a large gray book with gold corners. It appears to have many pages within it. The item seems to sparkle a bit.

“Yep,” Soveliss says. “This is it. The Written Archive.” He goes to open it. “Father gave this to me not too long ago. He used to own it, and so did my grandfather. It was time for him to pass it down to me, I guess.” He chuckles softly.

As he opens the book, he flips the pages forward. He reads it for a moment as I move to look behind him. I see pages of familiar faces I know.

The first page I recognize is Aura. There’s an image of her Written form inside, along with information about her. I see a status saying ‘ALIVE - THE NORMAL’ within the pages about her.

The next I recognize is Atlas. Amai’s late father, and Aura’s late husband. Of course, his status reads as ‘DECEASED’. I kind of expected that. But at least it has his information still.

Voron and Faylen’s pages pass next. I don’t see their Written forms, as Soveliss is starting to flip really quickly. But I at least see their names. Subtle Strategy and Mellow Innovation respectively.

But the next few names intrigue me. Despite Soveliss quickly flipping through these pages, I notice the names and some of the appearances. Someone named Star Stitcher. An individual with a long green dress that has a lotus on it called Flowering Lotus. Time Check. A person with a bunny cloak. A cyborg-looking dude, then a guy named Sugar Bug. Two individuals named Optical Illusion and Metallic Sheath. Calico Whisper? A brown-haired person with purple-tinted glasses named Astral Wanderer.

Each of these people have the status of ‘UNKNOWN’.

“Hey Soveliss,” I pipe up. “Who are the people with the unknown status?”

The elf freezes in place with a sharp inhale. He stops flipping pages. Slowly, he looks up at me. Allisa immediately reaches out to put a hand on his shoulder. Tears prick at Soveliss’s eyes as he glances at the other elf. He slowly exhales, closing his eyes.

“They’re all friends of mine.” He says. “They all disappeared last year; it started nearly around this time.” Soveliss purses his lips together. “The last two… Star and Astral, they disappeared just before I delivered your charm to you.”

I feel my heart drop in my chest. My eyebrows furrow slightly. I can’t imagine that feeling… Worrying about where your friends are. I wouldn’t know how to react if any of my friends went missing.

I don’t ever want that to happen, even if things are weird between us right now. They’re still my friends.

“We’re hoping to find them soon,” Allisa says. “They were starting to get on a track of finding why Corruption was spreading quicker than it did when we were children.”

“We can worry about them later.” He says abruptly. “We need to worry about Kaen right now. Finding them is the task at hand.”

Maeko nods. “Right. I know we’re worried about him back at our base.” She says. “Sara especially…”

Soveliss begins flipping pages again. He quickly passes pages that contain information about myself, my friends… Even a file on Violet that says ‘ALIVE - DESTINY’. He then lands on the file we’re looking for.

“Kaen. Also known as the Kindred Spirit.” Soveliss reads. “Elven child to Olivi and Tyris Yasei. Known for their fire powers, his sass, and her power. Status, alive… In Destiny.”

“But where exactly?” Maeko says. “Does it say where?”

“The Written Archive has never said exact locations,” Allisa says. “At least, not in any other time I’ve seen it with Soveliss or his parents.” She squeezes my hand. “It is strange…”

I didn’t even realize Allisa was still holding my hand. Wait, that’s not important right now. Ikimono, don’t get distracted…

But… I like her holding my hand. It feels nice.

“My guess…” Soveliss flips back a page. “Kaen is with Violet. I mean, it’s possible. If so, they’re probably by the Forest of Echoes.”

I remember Allisa saying that.

Maeko walks over to the other side of Soveliss. “What does Violet look like then?” She whispers. “So we can keep an eye out.”

Soveliss shows the book to her. She glances over it.

“Royal Thorn?” She asks. “That’s an interesting name. I don’t think any of us have ever seen her. We’ll have to keep a lookout for her and Kaen.”

“Do you guys need anything else?” He asks. “Can we send you out with anything?”

Maeko shrugs. “We’ll be okay, but thank you.”

Allisa squeezes my hand again. I look at her. She grins at me before letting go of my hand.

Maeko and I leave the study without another word.

Important information is learned, but more questions come into play. 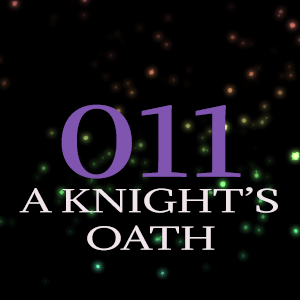