A large, wooden table, filled with goods that were crafted by their owner. In the cold weather, standing from the moment the sun rose to the sky until it vanished into the horizon, that middle aged woman with silver hair stood still, in hopes someone will buy a thing or two from her. A small, white kite, with a purple lily drawn on it drew Yeong-hwan’s attention.

He stood in front of the table and gently raised the kite. The woman quickly told him the pierce of it, then she looked over to the other client that was next to him, interested in one of the bracelets displayed. Yu Na got closer to him and took a look at the kite he was holding.

‘As I was expecting, you’ve found the meaning of your life, and, for the girl that accompanies you, it seems like she has finally made the decision that will lead to her untimely death.’

It was indeed the old lady that just spoke to them. As Yeong-hwan turned around to look at the old lady, his expression changed. He wasn’t smiling anymore. He looked coldly at the woman, yet the look on the old lady’s face remained the same. She didn’t look like a friendly grandma, nor did she look pleased upon seeing them. In fact, she seemed to lack any emotion at all. Yeong-hwan, on the other hand, upon seeing the look on Yu Na’s hand, got even furious.

‘Can you stay here for a moment, Yu Na?’ He softly asked the girl in a low voice, but he did not wait for her to answer, as he began walking with the old lady to one secluded area.

At first, the old lady didn’t want to accompany him, yet she obeyed as she saw how mad he was. Yeong-hwan had lived in this village for more than 5 years. He got to know many people, and that lady wasn’t someone he had personally known, rather she was someone that kept appearing in front of him for some time. Their first encounter was, indeed, the one from the night he met Yu Na, yet it was worth mentioning that the lady had tried even before that moment to speak with Yeong-hwan, but she did not succeed. Now, it was strange that she kept on talking nonsense everytime she met Yeong-hwan or Yu Na, but what was even stranger for Yeong-hwan was that she followed him to that secluded area.

Maybe it was because she was curious, maybe it was a resentment that she held for both of them. The answer wasn’t clear. Yeong-hwan searched through his bags and took out a ball of rice that he had prepared earlier that day and gave it to the lady, together with three coins that were enough for her to buy something to eat the following days.

‘Ma’am, please, take this and stop bothering us. It’s not the first time that I’ve asked you. We do not believe in any kind of spiritual things that you pretend to have, nor do we want to keep on hearing them. Take those and please, leave us alone.’ with a begging voice, Yeong-hwan asked.

The old lady was pleased with the gifts she had received and quickly hid them in her clothes, as if she was scared that the man would change his mind.

‘Young man, I ask the skies to bless upon your future, as it seems like you’d be in need of a blessing. You should not be mad at me as I try to warn you! I’m doing you a favor.’

Yeong-hwan rolled his eyes upon hearing her words.

‘What kind of favor is this that you declare you are doing?’

‘I’m saving your life! I see that the worst luck is persistent upon your fates. It doesn’t matter that you found your path in life because you’re going to lose it all.’

Same words over and over again. Yeong-hwan got sick of hearing them. Wasn’t there anything other than that that the old lady could say?

‘Life is always a mystery. You can be fine now and tomorrow you may die. I was quite unlucky most of my life. What does it matter if I’m unlucky for the rest of the time I spend on this earth?’ he replied without holding back

On the other hand, Yu Na remained at the table. She glared in the direction Yeong-hwan left, but was interrupted by the woman that was selling the goods.

‘Are you going to buy that or?’

Yu Na turned around and thought for a second. Yeong-hwan looked at it for quite a while and it seemed like he wanted to buy it, so she thought that the least she could do was buy it.  Over the last few weeks, upon learning what Hyun-woo was doing, she asked him if he could teach her how to make jewelry or some kind of goods that she could, perhaps, sell. While what she made was far from calling it a good work, she did manage to sell a few of the jewelry she had made with the help of Hyun-woo.

She wanted to pay off her debt. After all, Yeong-hwan had done so much for her that she couldn’t do anything in return. And so, she had brought the kite with the purple lily on it. Yet, when she put it in the bag where she stored some food that they brought and the announcement for the contest at the Palace from the crowd, a man dressed in black quickly ran past her and snatched the bag out of her hand.

It happened so fast, he stole her bag in such a manner that amazed her. Shocked, she glanced around her to the people that surrounded the girl, yet, it seemed like no one cared. All of them were busy with their lives and did not even glance at the girl. She saw how the man ran far away from her, and, after a moment of hesitation, she ran after him.

It was cold, her cheeks were red and she felt each of the steps she took being much heavier than the one before. There was a good amount of snow on the ground and it made it very hard for her to keep up with the man dressed in black that seemed to be used to running in harsh conditions, such as this weather.

If it was anything else, she wouldn’t run after it, but it was because the paper that had the contest announcement was inside the bag that she decided to run after it.

‘What is it that you want? Is it money? I don’t have any of that there!’ she yelled from the top of her lungs, yet the man did not even glance a look back at her

He kept on running and running until they got to a place that was covered in the snow. Yu Na did not know that place, but she assumed that it had to be some kind of plain that led to a forest by the looks of the trees that were hardly seen in the distance.

In a moment, Yu Na saw the man had stopped and turned around to look at her. She smiled in relief, maybe he had heard that there wasn’t money inside and decided it wasn’t worth it. As she approached him, beside the sound of the snow that she heard each time she stepped on it, this time she also heard a cracking sound.

She looked down, trying to figure out what she just heard, but, in fear that the man would run when she wasn't looking she continued to walk again.

A big cracking sound was heard, and, before she could even grab anything to hold onto, she found herself falling into the snow. As she fell, she then realized what was the sound that she kept on ignoring. It was the ice beneath the snow that made that sound! Now it was too late to change anything.

In a quick moment, she was completely under the cold water, she tried to grasp for air, but she coughed when water got into her mouth.

Looking up to the only source of light: the hole that she fell in, she knew that there wasn’t anyone to save her, not even herself. She felt her body weaken, as she had no power to rise to the surface and it seemed that with every move she made, she was drowning even deeper into the water. In that moment, she felt as if it was an endless fall into the cold river.

Was that how she would face the tragic death? 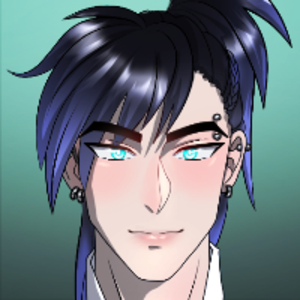 WHY IS IT DROWNING HUHHHHH AUTHOR-NIM?! don't mind me, other readers, I drank too much 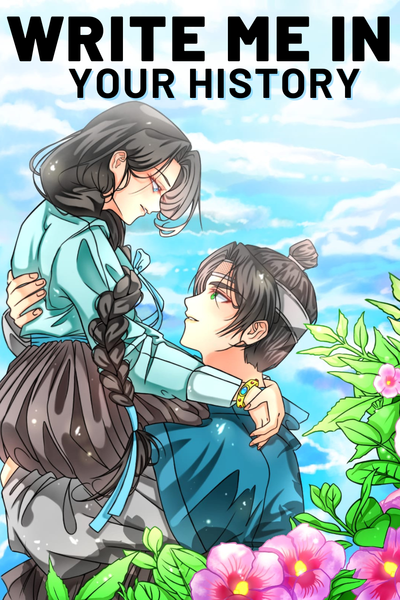 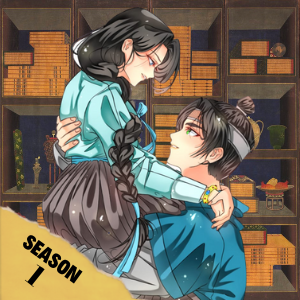