Cancel Continue
As Kacchan and Kirishima were still sleeping, I walked down the stairs only to see two guys with guns in their pockets. They both seemed to be 20-year-olds wearing black hoodies with black pants and black shoes. Basically, everything they were wearing was black. Even their weapons! I overheard their conversation and walked down the stairs a bit more to understand it clearly.
"Thomas, why are we here?"
"We're here because our boss told us too, dumbass!"
"Idiot, lower your voice! We don't know if there are people here!"
"Why would there be people here? This place looks abandond."
"Hmm, maybe you're right, Jerry."
"Yet you call me a dumbass."
"Shut up. Let's look around. You look here, I'll look in the basement."
"Wait, there's a basement?! I wanna see it!"
"SHUSHA!"
"Sorry..." As I was listening to their conversations, I realized they are both idiots. I was kind of disapointed to hear their converstaion. Since I hated Kirishima and was mad at Kacchan and wanted to kill them, I left—leaving the killing to Jerry and Thomas.
~~~~~~~~~~~~~~~~~~~~~~~~~~~~
I woke up to the sound of clattering down stairs. I woke Kacchan up, and he randomly got up looking like he's about to fight someone.
"What? Who? Huh? What do you want? What's going on?" He said while squinting his eyes and looking around the room. I giggled a little, while finding it funny how Kacchan randomly waking up like that. I checked the time and it showed 2:46am.
"Kacchan! I don't think anyone is here at the moment, but I heard a noise downstairs. Do you wanna check with me?"
"Oh, hah! Sure." He said while we walked downstairs. As we were walking, I noticed someone downstairs looking around the building.
"Hmm, these look weird. If I'm being honest, I have no idea what we're looking for here. This place is full of crap."
Without thinking, I ran down the stairs, ran into the kitchen, and grabbed a knife. Then, he pulled out his gun. Without feeling scared, I walked up to him and stabbed him, more than once. Blood was gushing out of his stomach and spreading onto my face as I was shaking in fear, but somehow I wanted to continue. The thrill of it all—it just came to me.
"Kiri! KIRI! Calm down!" Suddenly, I stopped. I realized that what I did what in self defense, but that was...intense! I went way and beyond. I looked at Kacchan and then I heard footsteps from the basement. I grabbed Kacchan's hand that was intentionaly full of blood, and we ran upstairs—grabbing our stuff—and we both jumped out of the window. The window was probably about 2-3 inches above the ground, so it wasn't that high. We ran towards Denki's outhouse and banged on the door, loudly.
~~~~~~~~~~~~~~~~~~~~~~~~~~~~

As I walked up the stairs from the basement, I noticed Jerry on the ground with his eyes open and his arms open wide with his fingers curled up a little close to his palm. I noticed blood on Jerry's stomach. I was suprised I grabbed my phone and called my boss.
"Hey, boss."
"What is it now?"
"Well, bad news. Jerry seemed to be killed and I found nothing in this place."
"Wait, what!?"
"Yeah, there isn't anyone or anything here."
"So, you failed your mission?"
"I-I haven't failed it yet, b-boss! I swear! Someone must've been in here. I mean, who else woud've killed Jerry?"
"Oh my god, I totally didn't know that!"
"Really? I thought it was clear..."
"Oh lord- OF COURSE I KNEW THAT, DUMBASS!"
"Okay, okay, sorry boss..."
"I want you to go see that highschool Jimmy and Carter went to. It's been a day and I still haven't heard from them."
"Okay, sure boss."
"And while you're at it, I want you to take note of who "Izuku Midoriya" is. There are rumors of Izuku Midoriya sending Jimmy and Carter to the school to kill some kids. I want you to find him and bring him here, understand?"
"Yeah boss, but didn't everyone in the school get shot? Doesn't that mean they possibly got shot aswell?"
"Do your goddamn job, please."
"Okay..."

"Also, would you like to go to the movies with me?"
"Oh, sure boss!"
"It's for an investigation. There have been reports about-"
"Boss?"
"Sorry, I have to go. There are some people who don't know what "quiet" is."
"Okay, boss."
After the boss hung up the phone, I was confused. Who's Izuku Midoriya? Why are there rumors of some kid sending Jimmy and Carter to the school? Whatever it was, it wasn't my buisness. I walked out of the house, and I walked to the school.
~~~~~~~~~~~~~~~~~~~~~~~~~~~~
As we were banging on Denki's door, it randomly opened. As we walked in, we heard some moaning noises.
Squeek! Squeek!
It sounded like their bed was moving. As we walked in, we saw Denki on top of Jirou. It seemed that the moaning was just a massage Denki was giving Jirou. It was really weird, but at least they had their clothes on?
"Oh, hey guys!" Jirou said, as if we didn't know what was going on.
"Hey, Kiri!" Denki says while sitting on Jirou's back, criss-crossed.
"O-Ow, Denki!" She shouts while laughing.
"Hey guys...? Did we disturbe you?" I asked while looking confused.
"No, I was giving Jirou a massage. Why'd you ask?"
"I was just... curious."
"Oh. What are you guys doing here?"
"Well," Kacchan says while cutting infront of me. "There were these people wanting to rob us or something like that and Kiri, not being afraid, killed someone; stabbing them multiple times. Yeah, it was graphic."
"Oh god. Anyway, so I guess school is canceled!" Denki says while smiling and looking at me and Kacchan. We both give him a weird ass face like, "How could you say something like that after people at school have been murdered." We laughed at the end though.
"Who want's to go on a double date?" Denki askes while jumping on Jirou with excitment.
"Ow, Denki! Sure, I wanna go on a double date. Now, can you please get off of me!" Jirou shouts while still being sat on Denki.
"Not until they answer."
"Well, I'd like to go! Denki, is it still the same date, but with Jirou and Kacchan?"
"Yeah, sure! Jirou and Bakugou will go as their date, we'll go as each other's date!"
"Okay, I'm up for it," Kacchan says while smiling at Jirou. "It'll give us time to get to know each other!"
"Yeah," Jirou says while smiling at Kacchan back. "It would!"
"So, 6:00pm tomorrow?" Denki asked while getting off of Jirou and laying down. I saw Jirou giving a pleasent sigh and I giggled a little.
"Yeah, sure. 6:00pm is fine. C'mon Kacchan, let's go to bed. There is a bed upstairs, right?"
"Yeah, take a right and then walk staight. You'll see a bedroom with two beds."
"Thanks Denki!"
"No problem. Also, on your way out, can you shut the door?" He says while Jirou and  Denki lay down while he shuts the lamp off.
"No problem. Night Denki," I say while shutting the door.
After that, me and Kacchan  walked upstairs to go to bed. It was early in the morning, and as we agreed, 6:00pm. Me and Kacchan walk into bed. As I almost feel asleep, I heard a loud noise coming from outside. As I opened the blinds, a slash beam of light glows onto my face, causing me to squint a bit. Of course, it was raining. On the worst day aswell.
"Ugh. Stupid ass rain. Hopefully it's better tomorrow," I say to myself as I shut the blinds and hop into bed. I looked at Kacchan and he looked at me. We smiled, and I turned to the window and he turned to the wall. 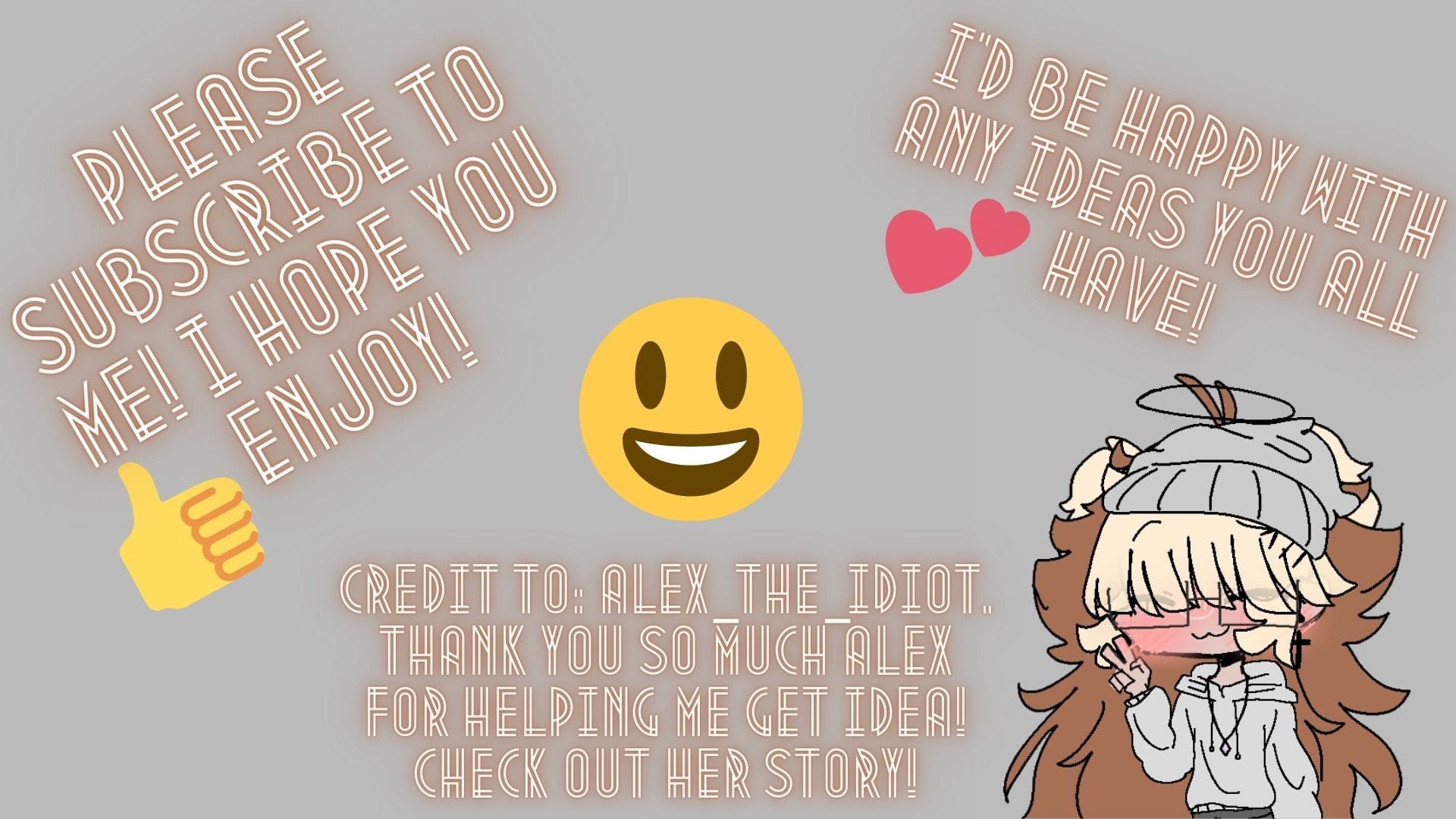 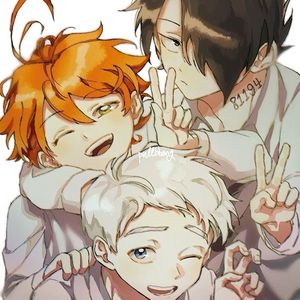 So, as you can see, there aren't any of the real characters in MHA. I'll add specific characters, but not all the characters. Sorry? Enjoy! 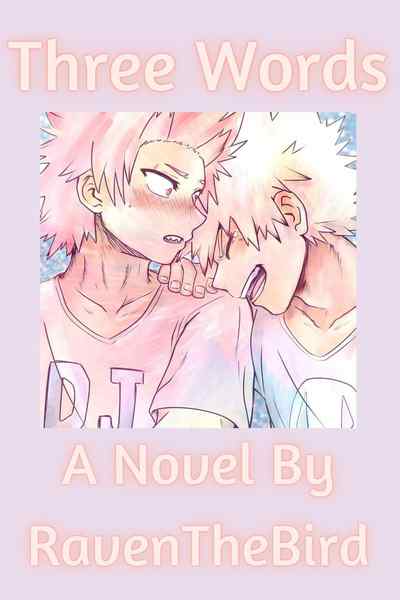 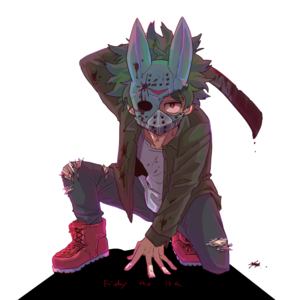