Sara turns to me.  She keeps looking for a first aid kid.

“She’s right though. All of us are. We’re the outcasts of Destiny. We haven’t had the same, proper training as everyone else.” She sighs mentally. “Sora is the newest member. They… they actually are still learning, and still trying to control their power.”

Maeko nods. She walks into the room.

“I know it a little two well, actually.” She whispers. “Sora is my partner, and was before they joined too. They didn’t have the best life… none of us did.” She shrugs. “It isn’t my place to say what exactly Sora has gone through, but they’ve… they’ve gone through a lot.”

“I guess I’m the odd one, so I can’t say much.” Maeko puts her hands on her hips. “I joined to support the others. Kaen formed this group shortly after they were kicked out of his own home for being Written. Which… might explain their anger issues, but nonetheless, it’s why the Blades were formed.”

Wait. I thought the Blades were some of the strongest Written around. I didn’t know they had these obstacles and darker moments of their lives. But how could they all be considered misfits just for being something that’s common around here?

“Yes. Even before I decided to go mute, my parents were never really around.” Sara sits down on the edge of the bed. “They did their best, but… it’s hard when you’re an only child with two full time parents who are never home. I know they love me, but… they never understood me, I guess. Especially when it came to being Written.”

“So that’s why Sora reacted the way they did when I yelled?”

Maeko narrows her eyes. “Mhm… Y’know, that really seemed like you’ve done this before. The whole, snapping on someone for something…”

Shoot. She’s onto me. I feel myself wince at the claim. For some reason, my lip quivers.

“Careful treading those waters, Maeko.” Sara looks at the red-head with worry. “We don’t want her getting angry again, or have anyone else blowing up. We already had enough of that lately, and-”

Sara stops speaking. Both girls freeze in their places as they stare at one another. Sara bites her lip.

She looks back at me. She sighs.

“You don’t have to talk about it if you don’t want to,” Sara tries to comfort me, “but I’m sorry that happened. Is there anything I can get for you? Food or an extra blanket? More light? I know it’s kinda dark down here.”

I shake my head. Sara nods. I finally sigh.

“I’ve… gotten really mad at my friends from the Normal in the past.” I whisper. “Maeko… briefly met them, but, um… I don’t think they’ve been the same since I’ve snapped at them and their mistakes a few times.”

“Wait, the Legacy? They were found?!”

I purse my lips. Shoot, what should I say? I thought this was common knowledge.

I take another moment to think. I can’t help but think about the last time we came to Destiny. That dumb fight with Violet that was started for no reason. But the more I think of it, the more I realize, maybe it wasn’t entirely Amai’s fault…

“She almost got my best friend killed due to foolishness in wanting to rescue her sister. Nova is fine now, but… the friend group knows… and I mean, I started the fight with Amai’s sister in the first place, now that I think about it so… I might be in the wrong.

“And I got mad at my other friend, Saisho. He… told someone from the Normal about everything, despite all of us agreeing to keep it all a secret at this time. I… got really angry with him and made him feel bad too.”

He was so tense during prom. He hasn’t been the same since. Any time I see him now, Saisho just feels distant. He doesn’t engage in conversation with me unless I talk to him first. It’s the same with Amai too. Both of them stay clear of me unless it’s necessary.

A few tears collect in my eyes.

I hear Sara sigh. I look up at her as she closes her eyes.

“Just from listening, I feel your intentions are good.” Sara says telepathically. “But your way of expressing it, as Maeko said, could use some adjustments.” She reaches out to touch my shoulder. “But that doesn’t make you a bad friend or a bad person.”

“Sara’s right,” Maeko says with a shrug. “I feel like you need practice in controlling your anger… and in communicating better…”

“I mean, hey,” Maeko speaks to me again. “We all have difficulty in healthy communication sometimes. I know of a few instances where the four of us have difficulty with that.”

“Only a few instances?”

I open my eyes in time to see Maeko smirking at Sara. The two chuckle and giggle at the comment Sara said.

“Okay. Maybe more than a few.” Maeko crosses her arms. “It’s normal to have miscommunication, especially in a group of friends or a team. But what isn’t normal is someone blowing up whenever they’re mad. There are better ways to express anger rather than calling someone ‘brainless’.”

My heart stops. Immediately, my body feels like it’s heating up. Whether it’s in anger or in embarrassment, I’m unsure. But the only thing I can do is look at the red-head Written.

“Yeah.” Sara looks away. Her smile seems to fade. “Yeah, you did that.” After a few moments of silence, she looks at me again. “Anyways, if you ever need assistance with anger management, we are more than happy to assist you.”

Maeko then sighs. “And… you should really apologize to Sora. As soon as you can.”

I look down. Apologizing isn’t something I normally do. I’ve always justified my anger with the actions of others. It’s my way of saying Karma is getting back at them. But is that… wrong?

Sara smiles at me again.

“We can help you. I’m sure they want to talk with you about it too and apologize for hurting you, if I know Sora.” Sara sighs telepathically. Her eyes switch over to Maeko with a different expression and softer eyes.

I sigh. I can’t help but feel like this is an obstacle I need to get over. But how? I’ve never…

I force myself up. I look at the two Blades.

We walk to another end of the cottage. As we stop in a hallway, Maeko crosses her arms.

“They should be around here somewhere…” Maeko whispers. “Hopefully Kori was able to help them…”

“It’s Kori.” Sara smiles at Maeko as we walk. “She’s probably talking with them right now if I know her.”

We stop at a door. There are stickers of the sun and leaves on the frame. Some doodles on paper are taped to the wood of the door. I’m assuming this is Sora’s room.

Sara reaches out to knock on the door exactly four times. There’s a bit of movement before the door opens. The blonde and blue haired leader stands there. Her eyes are immediately trained on me in a cold glare.

“Ah. You brought Iki back to continue yelling at Sora?”

Within moments, Sara’s eyes soften. There’s a bit of silence between the two. I see Sara close her eyes as Kori looks at her. After a few moments, Kori glances between myself and Sara a few more times. She then sighs. She steps to the side.

Finally, the three of us step into the room. The room has golden walls and fall-themed decor. There are stuffed animals throughout the room. On the orange bed, the small, blonde individual is hiding their face. I hear sniffles.

I feel Sara nudge me. I look at her. She smiles.

“Just look to me if you need help.”

Sara walks into the room more. When she sees Sora on the bed, she stops. She watches the individual for a moment before smiling.

“Hey sweetie. I brought Maeko and Iki. Iki has something she’d like to tell you.”

Sora looks up. Their eyes meet with mine. There’s a subtle shake within them as they study me. They don’t say a word, but without any verbal cues, I can tell they’re afraid. They don’t want to be the first to speak.

My eyes wander over to Sara. She gives me a nod.

I nod back. I look at Sora.

“I’m s-s… I’m sorry… for what I said earlier. You’re not… brainless. I was shocked that you were able to land a hit on me, and I spoke without thinking. Can we please put this behind us?”

Sora continues to watch me. Their eyes don’t waiver from our lock. Their bottom lip quivers a bit. They let out a shaky sigh.

“What you said… It really hurt. But… I guess I can understand. Just, please don’t do it again.” They whisper.

Sara sighs. She walks over to them, offering a hand. She offers them a smile in the silence. They watch her for a moment before immediately wrapping their arms around Sara. The two begin to hug one another in silence. Sora lets out a sob.

“I wish I was worth something to my parents…”

“Hon, you don’t have to talk about it.” Maeko quickly pipes into the conversation. “Sora, it’s okay.”

Silence. Sora slowly looks up at me in Sara’s arms. Their golden eyes spill tears as they try to hold themself together.

“My parents… even though I’m Written, they didn’t see any worth in me.” They whisper. “Even though I have magic, I was still the child they didn’t want. They always called me brainless…”

Sara’s arms tighten around the other individual. Her thumb caresses the side and crown of their head. “It’s alright, sunshine. We know you’re not brainless. We love you. No matter what. Maeko especially.”

Maeko immediately sits by the other two Blades. She joins the hug, snuggling in close to Sora.

Misfits. That’s how Sora is a misfit? Their parents… never wanted them? That’s a cruel way to be brought into this world. To never be good enough for someone, to never be worth anything more than a pre-existing label that you never wanted to have…

I think I’m starting to understand now why the Blades are a group.

But I can’t join their hug. It wouldn’t be wise. Hugs aren’t really my thing. Sure, I’ve hugged Allisa, Nova and her siblings… But those are people I know. The Blades are still strangers to me in some ways, and I’m uncomfortable being this vulnerable.

I quickly leave the room.

As my footsteps echo down the hall, I hear a voice in my head.

“Thank you, Iki. I’ll touch base with you later if you’re weirded out by all of this.”

I’m not weirded out…

This just isn’t normal for me. In Destiny or at home.

Ikimono needs to do something that isn't normal for her. 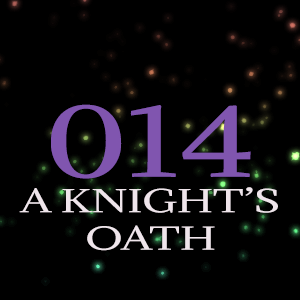