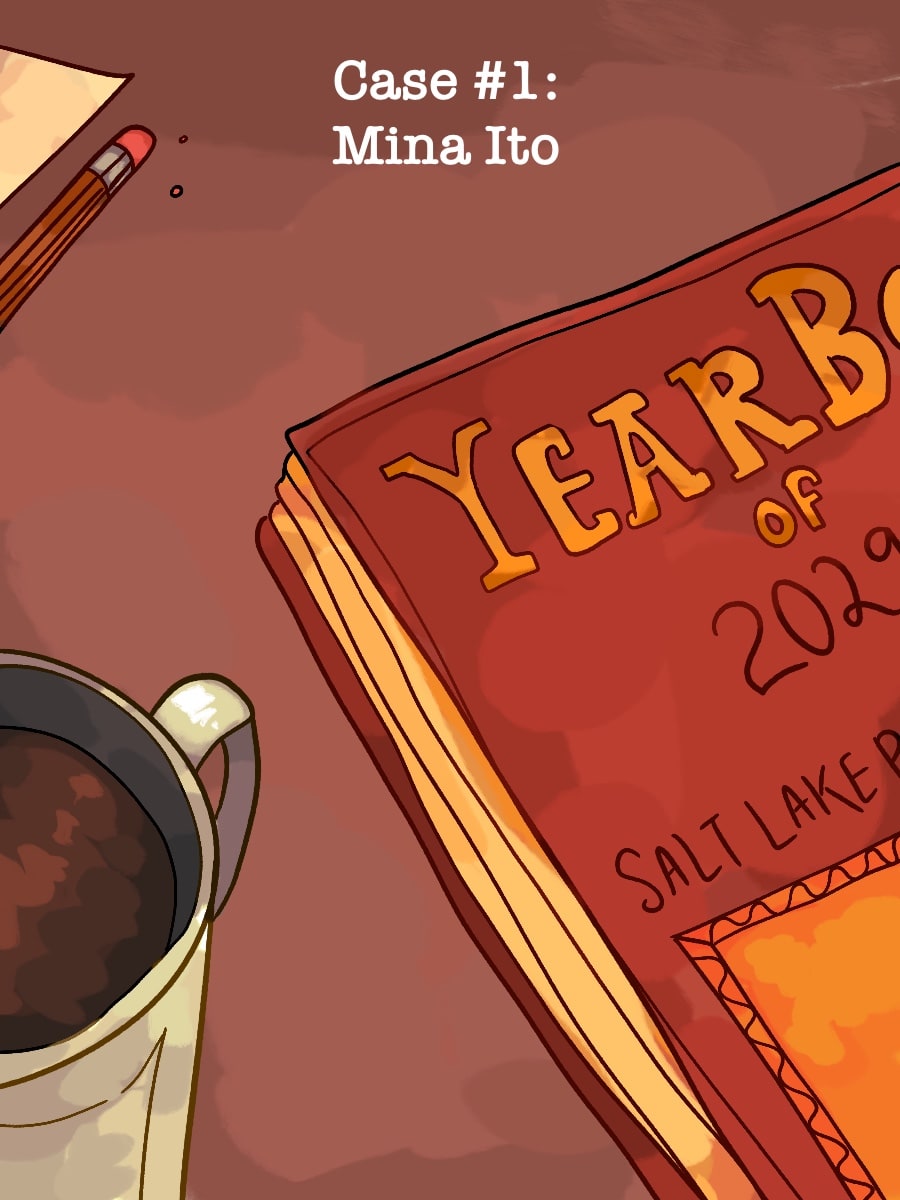 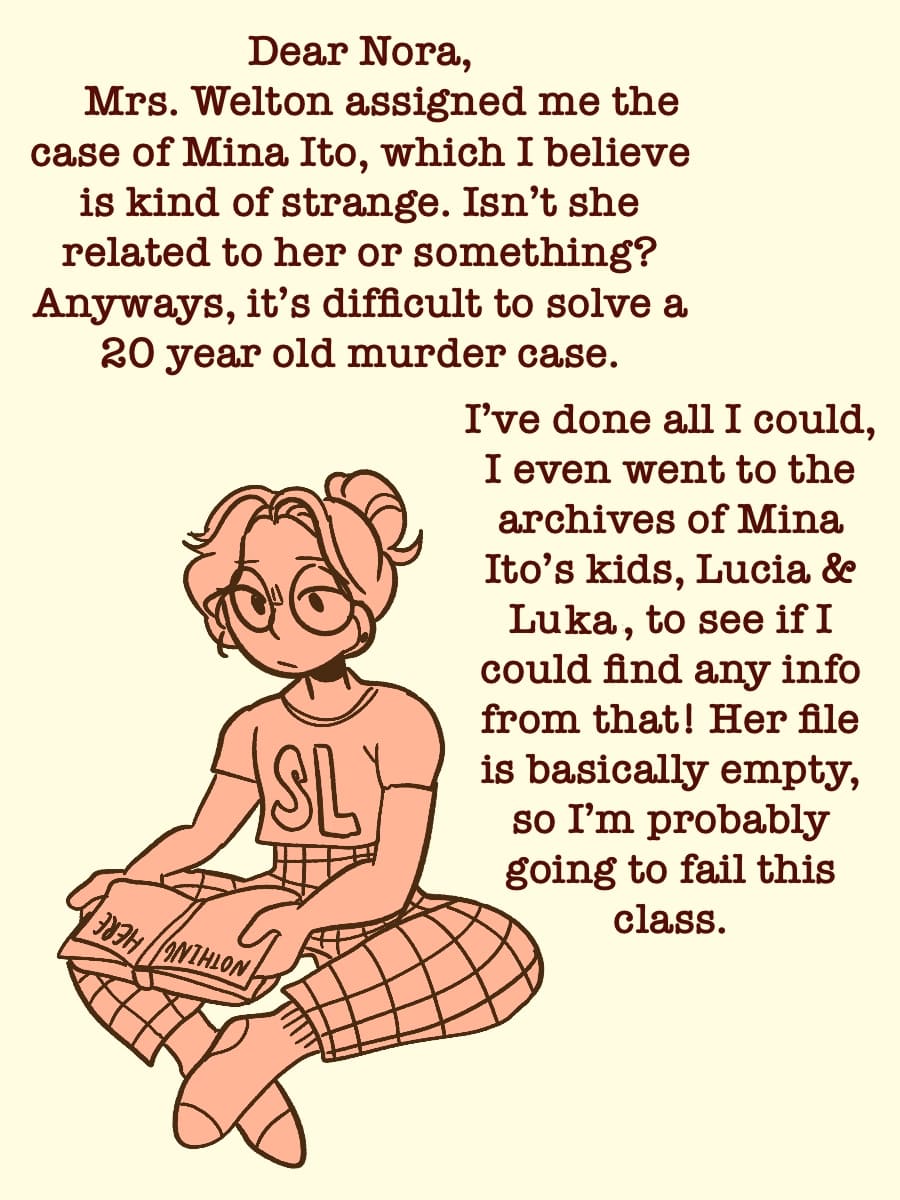 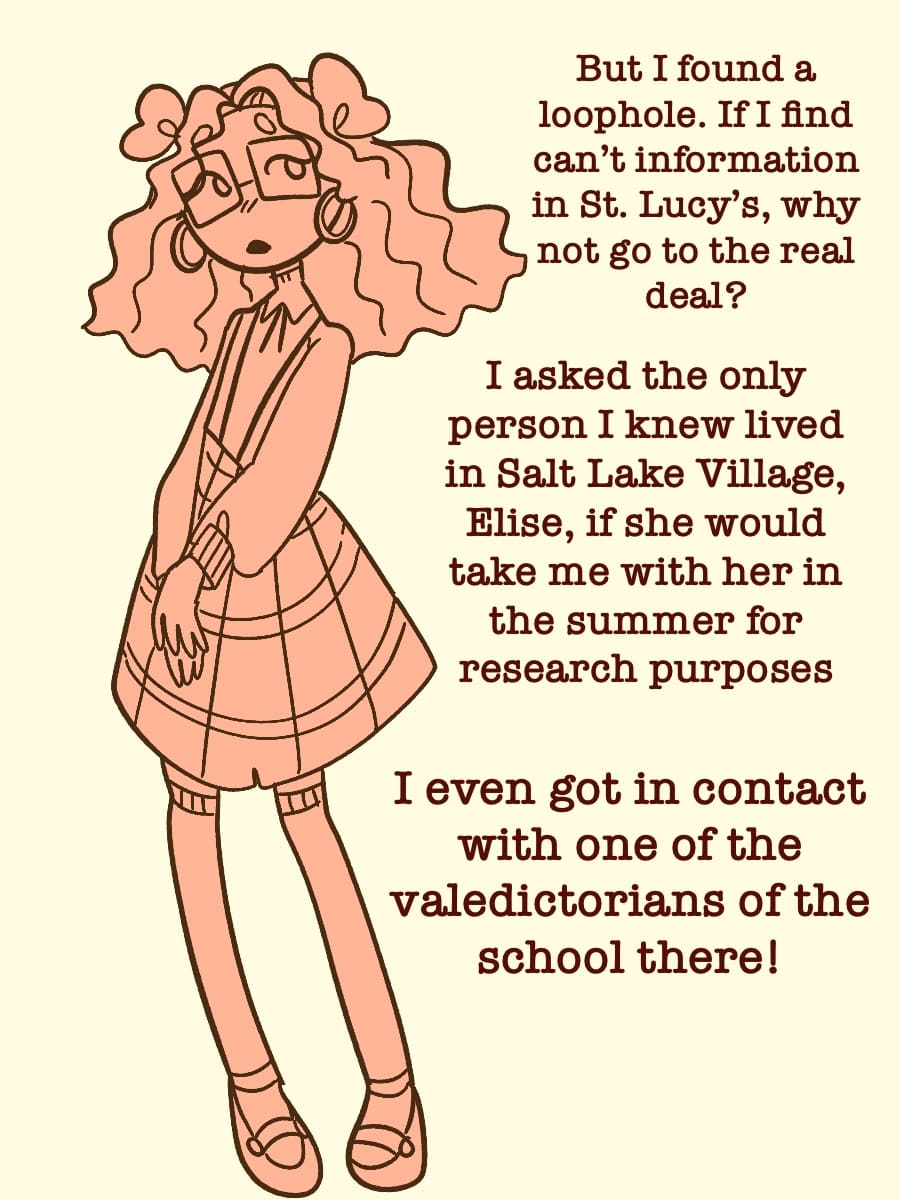 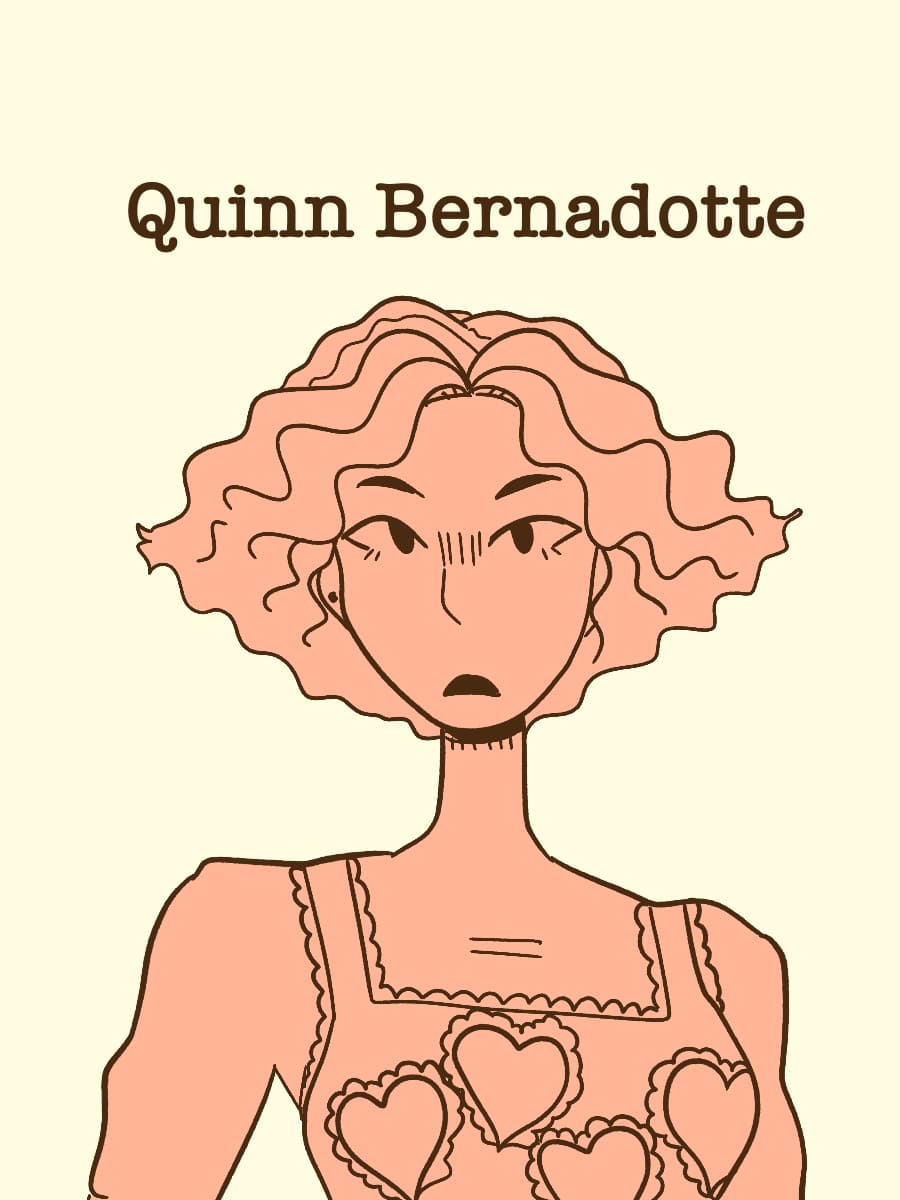 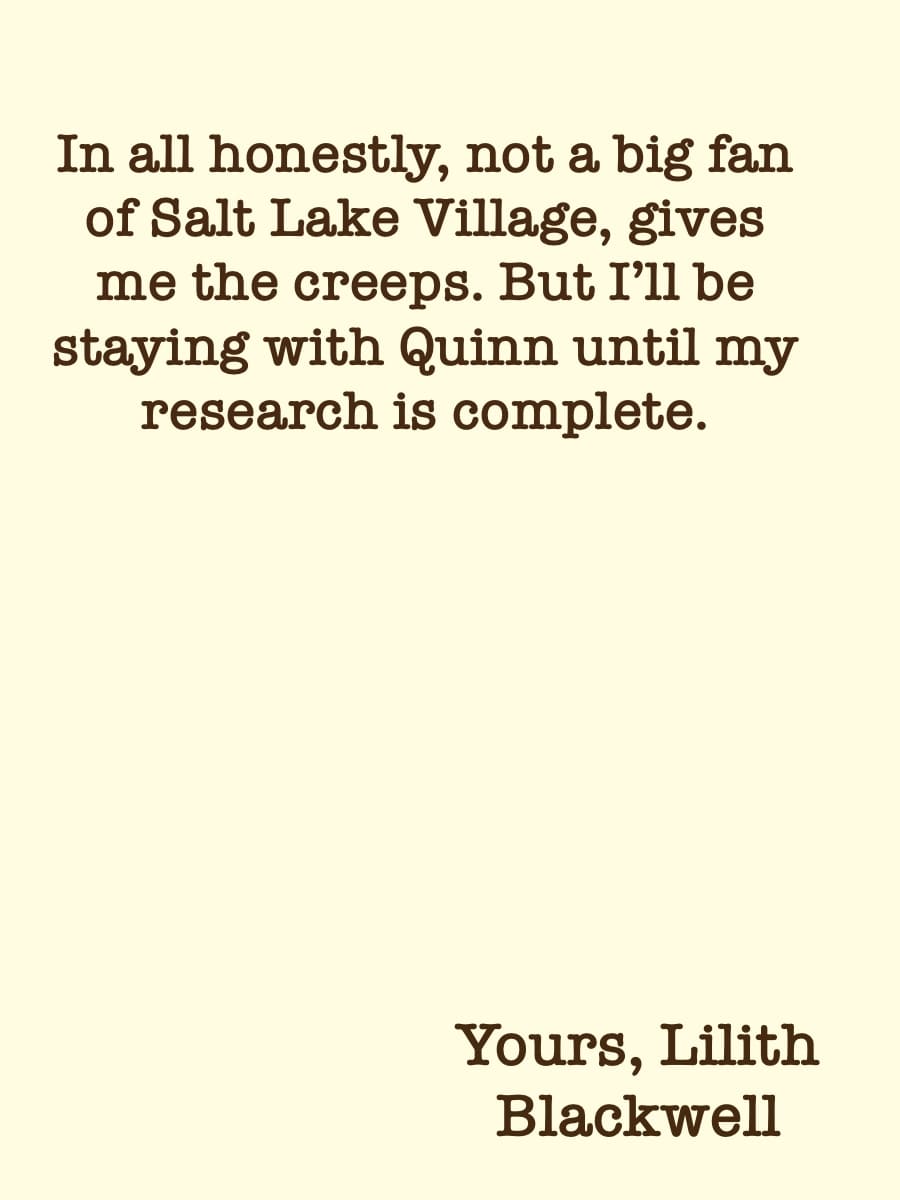 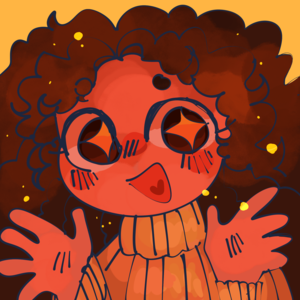 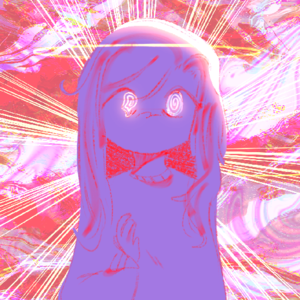 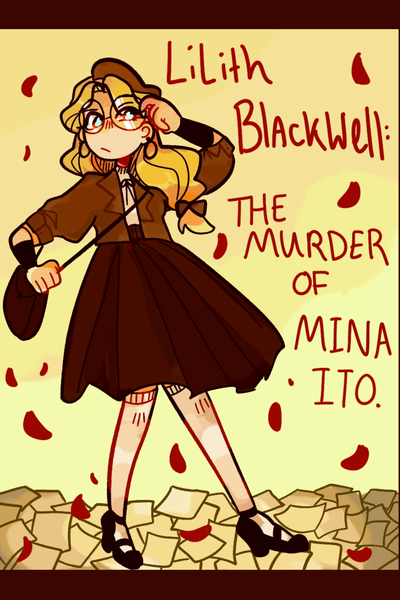 Lilith Blackwell is given the task of solving the unsolved case of Mina Ito. Though at first it was seen as a suicide, the case held more depth than she first thought.

Lilith practically lived in a boarding school before coming to Salt Lake Village to continue her research. She is guided by Quinn Bernadotte, a valedictorian of Salt Lake Prep (one of the best academies in the nation.) Together they research the early life of Mina Ito, and how people who were around the idol failed her.
Subscribe 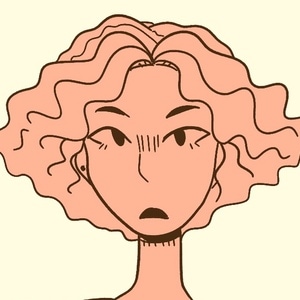