2 hours later the news had been broadcast on television relating to the incident that Jonas and I had just witness at Perjury orphanage.

{As for the television in this world, the TV only shows still pictures of what's happen from pictures taken, instead of showing recordings aside from the voices in the background.}

"Good evening residents of Morality, i'm reporter Trishy Nighla coming to you with news relating to the incident that happen here on 60 Pure Street, Where a group of children in an orphanage known as Perjury were all murder by the owner known as Intergre Marley, who witnesses has said was under the influence of that of the messenger.

Meanwhile back at the safety of my home where Jonas and I were on the couch watching.

"Get used to it Costello, That's what we see on a daily basis isn't it?" Jonas lit his cigarette as he said that.

"I know but I've never seen that many dead children before, words could hardly describe that scene you and I witness.

"I know it really is something else, only the devil could have had a hand to play in all of--"

"Norveil?" Said Fond who stumble half awake from the room she was sleeping in.

Great, this was not a good time for Fond to hear any of this, the girl was traumatized enough as it was. Lucky for me Jonas manage to quickly grab the remote to turn off the tv before Fond heard anything detrimental on.

"And so the murders of--!" The tv was turn off shortly after before the woman on the tv, continue.

"Fond what are you doing up so late?" I said with a fair degree of nervousness, not sure if she heard anything in the conversation prior."

"I couldn't sleep, I want to know if you two had made it over to the orphanage?" Said by Fond who was rubbing her left eye to stay awake.

"Yeah we visit…"I couldn't look Fond in the eye after I said that because I didn't want her to see the distress that I was feeling giving her a hint of how it went.

"And it was not too bad!" Said Jonas.

"Huh?" Fond's response was the same as mine, but then I realize what Jonas was trying to do.

"Yeah it wasn't bad at all!" I said putting on the most convincing smile I could mustard.

"Really? So what about Ms Intergre?"

"She seem pretty nice, sort of, we didn't have any trouble with her whatsoever." Said by Jonas who gave Fond a thumbs up.

"That's where you're wrong." Fond then turn around looking away from Jonas.

"Hmm?" Jonas had look dumbfound when she did so.

"She had to be putting on a act, I know Intergre, If there's one thing she is isn't it's nice."

"Fond." I said while looking over at her.

"Right well, of course you would know best." Said by Jonas who was laughing slightly awkwardly.

"Did she say anything about me?"

An awkward silence fill the room as soon as Fond had ask that, then In a quick succession I said to her.

"She told me that you were free to live on your own away from the orphanage if you want to Fond."

"She did?" Fond said looking very unsure and pause, surprise if that was truly the case with Intergre.

"Yeah so if you want we can start looking into where you'll be living from now on." Said by me.

"I see." Fond then turn around with her head tilt down.

"Don't worry we'll find somewhere nice and safe for you, that will be better than Perjury." Said by Jonas who put out his cigarette.

"Fond maybe you should go back and get some rest for the time being." Once I said that, she had acknowledge it nodding her head and head back for my guest room.

Fond had gone back to sleep, but as for Jonas and myself.

"Think the kid will be alright?" Jonas scratching the back of his head said to me.

"I'm not too sure, where exactly could we take her knowing the same thing could happen somewhere else?" I said standing up.

"Yeah especially with the whole thing with the messenger right?"

"Yes, The messenger of evil, a being the organization has been at war against for centuries." I walk over to the window as I said that looking out into the distance.

"The one that turns ordinary folk into anarchs, The devil himself." Said by Jonas sitting back on the couch.

"Indeed we don't even know what he looks like or when he'll strike again, only just what other Anarchs we've come across have said to us."

"Yeah it's a real riddle, I'd say Costello."

"It is, and it doesn't seem like it's going to get any better going forward." I said while closing my eyes in disappointment.

"Well what about you maybe the kid could--"

"I'm not sure about that Jonesy." Said by me as I knew where he was going with the question.

"What? It be the safest place." Jonas look at me with a serious look knowing full well that he was right.

"I don't know Jonesy." I said while looking away from his gaze.

"Well it's something worth thinking about at least, knowing you, you'll come to an honest conclusion." Jonas then got up and grab his suitcase.

"Hope to see you around till then Costello." Afterwards he left by the door leaving me to think about what to do next.

While I remain silent. 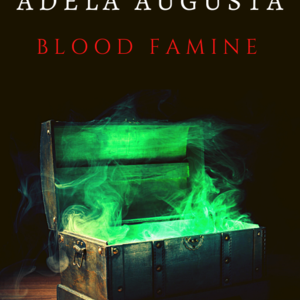 Your pacing is pretty solid and the story arch as well. I'd definetley give this one a shot if it was an anime 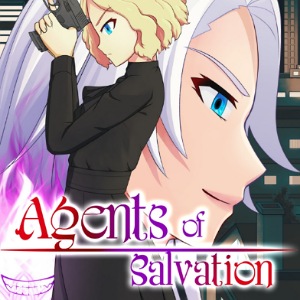