The music for this chapter: https://open.spotify.com/playlist/2jtzBiEkam2RbvGxHKlDpv?si=7db1be7ff5ba4d92

(there is a copy-pastable version in the comments)

That night, I dreamed of Lise. She was calling me, but with every step I took toward her, she seemed to move back two. She kept encouraging me to come over, “Come, quickly, before they find out! I don’t have much time.” I frantically sought ways to get to where she was. In the end, I found a way to get to her at one single pace, but when I did, and I touched her she scattered into ashes. I frantically tried to gather all the ashes, but the wind took them with her, always stealing more and more until nothing of Lise was left.

Frantically I shot wide awake and looked around me. My mind started to work, and I started to realize it was a dream.  For a while, I thought these dreams were Lise asking me to join her, but when I had told Ms. Vanderstuck about them, she told me they meant that I was afraid to let Lise go. That I unconsciously wanted to hold on to her, but at the same time knew that that would not be possible. It was the mind trying to work out the impossible equation of my deepest desires and what was possible, resulting in a nightmare. But what if they weren’t? And these dreams were actually Lise trying to reunite with me as much as I am trying to reunite with her? I decided to believe in the latter. Because if I looked at it that way, each time I had one of these dreams, I felt motivated to practice the cello even harder than I was before.

I couldn’t help but wonder about that message though… Was my time to succeed running out? I got out of bed and hurried toward the bathroom. The faster I got help from Aleksei, the faster I might make progress. Once there, like every day I performed my ritual. I removed the hair in front of the scar on my forehead and stared at my hideous self until I couldn’t take the hurt any longer and screamed at myself.

A memory of Lise kissing my forehead, like she used to, on the place that was now my hideous scar flashed through my head.

I started crying. Oh, how I longed to feel that soft touch again.

After getting myself back together, I took a shower, and when I closed the faucet, there was a knock at the bathroom door.

I packed myself in a towel and opened it to go and check what Aunt Christina needed.

“We agreed I’d do your makeup today, so I thought I’d come before you did it yourself.” She said with a smile on her face and entered the bathroom as if I’d invited her. Did I agree to that promise? Wasn’t it just her who said she would help me?

She opened the beauty case she bought me and made me sit down on the single chair in the bathroom.

She started out by laying out a foundation that was mostly the same color as my actual skin. She told me she used it to remove the slight discolorations I had here and there. When she moved toward my forehead, my hand reflexively stopped her hand. I think I could spot a hint of disappointment in her eyes, so I quickly said:” M-My scar… I am not sure if I am ready to show you.”

I knew she had seen it before my hair grew long enough to cover it, but that did not mean I wanted her or anyone to just see something that made me so ugly.

Aunt Christina nodded understandingly and said “How about we try it this way then. This way I won’t be able to see.

She put herself behind me and gently massaged the foundation onto my skin. Since she just wanted to spread an even layer, she had no real need to see what she was doing.

After that, she combed my bangs back to cover my forehead and combed the rest of my hair.

She returned back to my front, and said, “Rest assured, I will just give you something simple and subtle.”

After working on me for 15 minutes or so she said, “What do you think?” She held the makeup mirror from the box in front of me, and I hardly recognized myself. It was me, but at the same time, it wasn’t. How long had it been since I looked like a normal girl? Even though my hair was short and black, she managed to comb it in a way that my short hair still looked girlish. At least more girlish than I had looked in ages..

“Is this really alright? Am I really allowed to do this?”

Aunt Christina looked shocked by my question. “Of course, you are!” I heard Aunt Christina say in a shaky voice. I could see she was on the edge of starting to cry at my words. I realized my mistake. I had said that out loud with her next to me.

Aunt Christina hugged me without saying anything more. I could see she wanted to say something but opted out. She was probably scared of triggering one of my episodes, so I said “You are right, it is a means to an end in this case. It’s not like I am doing this for myself.”

I could see that that line hurt Aunt Christina as if I stabbed her with a dagger. She froze up and said, “I hope you will learn to love yourself again one day.” I could feel the sadness and melancholy in her tone, but there was nothing I could do about it. After all, until I succeeded and was reunited with Lise, I had no right to happiness. But I knew better than to say that out loud.

Aunt Christina told me to wait, went outside of the room, and came back with the blue chiffon dress I picked out yesterday. She had also brought me a new pair of stockings and fresh underwear.

“There, I did your make-up to fit this dress. I thought you looked so lovely in it.”

I looked in the mirror and saw myself completely transformed into a beautiful lady. The contrast to how I usually look was day and night, and when I noticed the smile on the face in the mirror, I could not help but check with my hands if that was really me. It had been a long time since I smiled.

I noticed that Aunt Christina did not want to make me overthink things too much while watching the mirror. Probably because she once witnessed my ritual when I forgot to close the bathroom door. She nudged me toward the breakfast table and started talking about practical things concerning my trip to Brussels. She was explaining which station I needed to get off and which tram to take, while I saw her rambling, I just nodded my head from time to time to let her know I was still listening. It wasn’t all that important. After all, I had an app that would tell me where to go and when. But Aunt Christina really was from that age where you had to look up timetables… Seeing how much she went up in it, It became clear to me that that wasn’t just a fairy tale.

After carefully packing my cello, Aunt Christina drove me to the railway station. There really wasn’t a need for that, but she insisted. She even went inside the station with me to buy me my ticket.

When she gave it to me, she said “Remember to message me when you get there, and again when you leave again.”

I don’t think even my real mother ever fussed so much about me. It was just a simple trip to Brussels and back djeesj.

When the train was finally there, I finally got rid of Aunt Christina’s preaching and set out for Brussels.

On the road, I listened to Beethoven’s cello sonatas which made the changing landscape look a little more enchanting. The anxious melancholy drama switching with beautiful intermezzos was exactly like how the landscape changed around me. The music was quite befitting as we left the agricultural Tienen and its surrounding fields, while they were slowly exchanged by more rural areas. We passed Leuven and were headed for Brussels. I had to get off at the south station since I needed to go to Etterbeek.

Once at the South Station, I quickly found the right tram thanks to my wonderful app. After an uncomfortable ride in an overcrowded tram, 20 minutes later I stood in front of the address Aleksei had given me. Since it was the capital, I had expected it to be an apartment, but it was an old city mansion.

A beautiful dark-haired girl got out of the door at a rapid pace and shouted something that sounded quite aggressive, but I could not really make out what she had shouted. She looked quite familiar to me. I could not help but think she looked quite angry when she walked straight past me when I tried to ask her if I was at the right house. All I got of her was a contemptuous look. Well, I wasn’t one to preach to others about hospitality, that would be way too hypocritical, so I just continued to do what I would have done if she had not been there.

I pressed the bell and a couple of minutes later I heard Aleksei’s voice shout through the intercom “WHAT? DID YOU FORGET SOMETHING?”

“Euhm this is Fleure, you told me to visit you?” 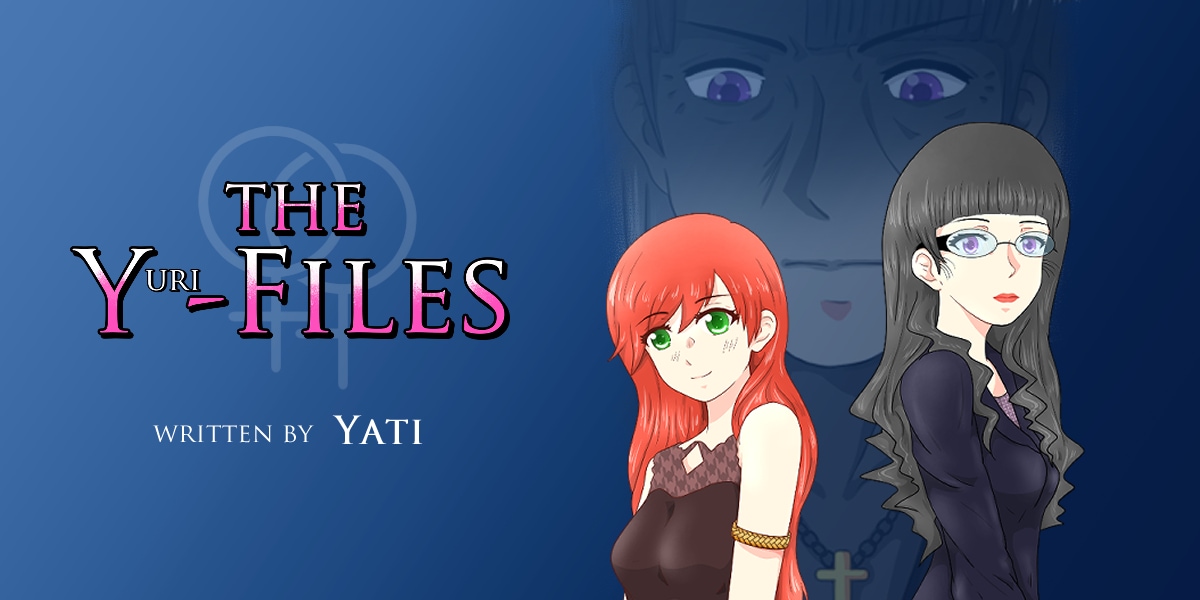 The music for this chapter: https://open.spotify.com/playlist/2jtzBiEkam2RbvGxHKlDpv?si=7db1be7ff5ba4d92 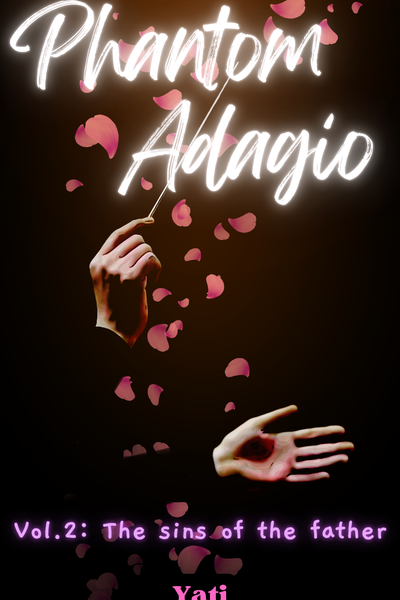 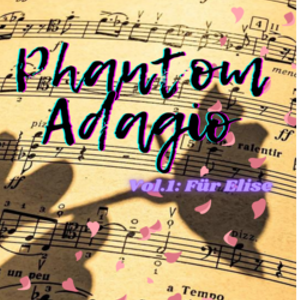