Vaxalyn easily cutdown the soldiers and protected the freed slaves while Charlemagne went to free the children. Charlemagne rushed in to save the kids but saw something that enraged him greatly. 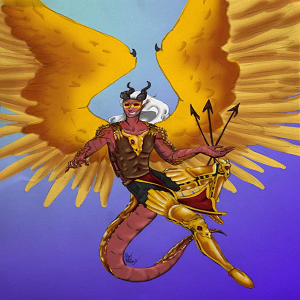