‘Tis the day my mother shall arrive sometime this evening. Shall I tell her I love this man or not? We’ve only met since the end of June, and knowingly that my family shan’t allow me to be lovers to someone more than five years my senior or junior. ‘Tis may be a forbidden love or in other words, some man's desire.

Mother and Uncle came on time; my mother was in despair, finding Astley too familiar to her. My mother rushed to me while fiddling a violin—she waited until the music faded.

Mother was gay and astonished after seeing her son for nearly two months.

I told mother that I might stay with Gilbert—'twas a foolish decision I made, which made her displeased.

She wept in despair, “Why have you been fooled by that imbecile madman?!”

I remained silent without a response. All of us went to the dining room for supper. My mother was still displeased, Uncle Charles bragged about my father, and Gilbert acted cowardly towards my mother. Knowingly it would end badly, I remained 'till Gilbert finished his supper.

“If thine son was a lady, I shall hand him for a marriage.”

“Nay! My son shan’t marry a grotesque and naughty gentleman.”

I left to the Oak Chamber, and ‘twas ruined by arguments from my mother and him. That man should not fool me; but he was not the bane of my existence, unlike what mother described.

Birth of the Playwright

“Ne’er tell this to Elinor,” he gave me an ode of an older gentleman courting a maiden; the poem was in the point of view of the widowed gentleman.

The poem seems grotesque, a tragedy of the maiden!

We arrived in the manor from Barkham; a place where he was invited to certain events in South England. We had been there several times since we visited the O'Vile family in Ufton.

"You were quite on time, Sir Campbell. I would say 'tis the day I was born. Was it finished yet?"

"'Twas already finished Mr Gilbert O' Vile, and I am glad you came, Lord Mousehole; your brother Alexander was an excellent apprentice. The Countess of St Ives let me hand this letter," I never knew he was Alec's mentor. I shall read the letter sooner, after Sir Campbell left.

Sir Campbell presented us with a portrait of me as Ganymedes. Gilbert was grateful since it was a present for him turning forty and one today.

“It shall be in Woodside after it was displayed hither, Lord Mousehole. You might be a perfect candidate for a marriage with one of his daughters. I heard your grandfather, the late-Baron Perkins, had a connection with these French Aristocrats.”

'Twas odd and peculiar—Sir Campbell sent away a painting that was meant as a gift. The Marquess and Marchioness de Guerre might be Gilbert's patrons and Sir Campbell's. Also, I am still courting Miss O' Vile, a friend of Lady Dominique de Guerre.

"Another letter for you, Lord Mousehole. 'Twas from a friend of yours.", Sir Campbell replied.

"'Twas rumoured that he was courting one of the daughters of the Marquess de Guerre.'' he whispered. 'Twas like three months when Benjamin announced he was courting that lady

I shan't regret being the "mistress" of this man sooner. What a poor man, his wife died four years from now. He exchanged poems and odes of Greek love as a sign of his affection, and I shan't deny no more of him. Ode of Ganymedes is another ode he wrote, 'twas meant for me:

‘O Ganymede, the handsomest of all mortals.

The son of Tros, founded the Kingdom of Troy

Youth bewitched by the king amongst gods

Jove abducted him as a form of an eagle

By sending him from Troy to Mount Olympus.

He made Ganymede his cupbearer at his presence

‘Till Juno is jealous of Ganymedes.

I wonder is he doing it out of pity or has he begun to love her? 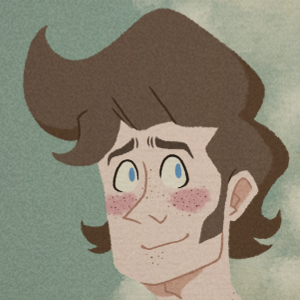