The interviews went well and I ended up selecting a woman in her mid-forties that had tons of experience with children of all ages and spectrums. She was a little more expensive than most of the others I spoke with but, at least, I knew that I would have nothing to worry about while I was at work. She was supposed to start this monday as Ethan was moving in tomorrow, on Saturday. Saying I was nervous would be an understatement. I wanted everything to be perfect and I was terrified I would mess something up or that something would go wrong.

"Stop being so nervous. Everything will be fine." Nazar reassured me while squeezing my shoulder.

"It's not going to be easy. He's going to be so scared." I whispered as I turned to face him.

"Obviously but you will know how to calm him and make him trust you. I believe in you." He whispered back before crawling closer to me. I smiled slightly at the trust he had in me. "You should sleep now, it's getting late and you need to be well rested for tomorrow."

"You're right..." I sighed before kissing him softly. "I love you."

"I love you too." He answered back before pulling me into a hug.

The night was short and I woke up at the first rays of sunshines to clean the house and make sure everything was ready. I even had the time to bake a chocolate cake before Ethan's arrival.

"It smells good." Nazar said as he entered into the kitchen.

"Thank you. I made it for Ethan, hopefully it will make him feel a little more comfortable." I replied with a smile before adding. "Do you want a cup of coffee? I made some as well."

"Thank you." He answered as I handed him a steamy cup.

I pulled the cake out of the oven and let it cool down on the counter just as Nazar finished his coffee. I knew it was just a matter of time now before Ethan arrived and I really hoped things would go smoothly. My heart skipped a beat when I heard a knock on the door. With one last deep breath, I made my way toward the front door and opened it.

"Hello!" I exclaimed with a smile when I saw Mr. Collins. Behind him was a woman holding Ethan's little hand. He looked frightened.

"Hello. Hope you're good." He answered before stepping aside. "We brought Ethan."

I nodded and smiled before walking toward Ethan. "Hello, nice to meet you. I'm Ante." I told him as I crouched in front of him. He raised his head to meet my eyes and took a step back, looking visibly afraid. "Do you like chocolate cake? I made one for you earlier." I continued, not letting this stop me.

He turned his head toward the woman and looked at her. "He loves chocolate." She answered with a smile as I got up.

"Good. Let's go to the kitchen?" I asked as I walked back to the front door when they nodded. They all followed me in the kitchen where Nazar greeted them. "Do you want something to drink?"

"A coffee would be great." Mr. Collins said and the woman nodded.

I nodded and turned the coffee machine on before cutting a piece of cake for Ethan. "Here you go. Do you want something to drink? I have orange juice, ice tea or water." I said as I handed him the plate with the cake on it.

He looked at me for a few seconds before looking back toward his plate and slowly starting to eat. "He likes orange juice." The woman, Martha, answered for him.

I nodded and took the bottle out of the fridge before filling a glass and putting it in front of him. I then served the coffee and sat at the table, next to Nazar.

"You don't have to be scared, they are really nice people and you will love it here. Believe me." She spoke softly to Ethan while he was eating and drinking. I could see that he was listening to her even if he didn't answer.

I saw Ethan tense at these words and he grabbed Martha's hand before she had the time to get up. "It will be fine." She started saying in a smooth voice and I interrupted her.

"There are tons of toys upstairs, in your new room. Do you want to check them out?" I asked, hoping the sight of the toys would distract him.

I mentionned her to follow me and we went upstairs. "Look!" I said as I stepped aside to let them enter. Martha and Ethan entered the room and she showed him different toys. After a while, she let go of his hand and we watched him sit down next to a giant white bunny plush. One of his hands was on the plush's leg while he was looking at some playmobil that were accross the room.

"Thank you for coming." Nazar told him with a smile. "I'll accompany you to the door."

Ethan raised his head as Martha started to leave the room. I watched as his eyes started to fill with tears and he got up. I went into the room and crouched in front of him. "They need to go back to the foster care center but I promise you that you have nothing to be afraid of here." I told him in a soft voice before adding. "Do you want to play with playmobil or legos? Or would you like to watch a cartoon?"

"They left." Nazar informed me a few minutes later.

Ethan started to cry quietly as soon as these words left Nazar's mouth, making my heart break. I could see that he was looking at the bedroom's door as if he wanted to run away but didn't dare to move as Nazar was in the doorway. I walked toward the playmobil and picked a large boat with some animals in it.

"Look at that boat and all the animals! Do you want to play with them? Or do you prefer the house over there?" I asked, trying to change his mind.

I put them on the ground in front of him and stepped away, hoping it would help him relax.

"I'm going to prepare lunch. Does he have any food allergies? Or is there something you want me to make?" Nazar asked, making me turn my head toward him.

"He doesn't have any food allergies." I informed him before turning my head toward Ethan. "Do you want to eat something in particular? Nazar is a really good cook and can make you anything."

He totally ignored me as he continued to stare at the toys, without touching anything. After a few minutes of silence, Nazar spoke again. "I guess I will take that as a no and just cook something simple."

I smiled and kissed his cheek softly as a thank you before watching him leave the doorway and go downstairs. I then sat in front of Ethan and looked at him. I wanted to step closer and reassure him but I knew I couldn't do that yet. His eyes were full of fear and he started to shake everytime I stepped too close from him.

"Is there anything you want to do this afternoon?" I asked and sighed silently when he didn't answer. "I know you don't want to speak to me and I won't force you. But maybe you could draw instead?"

I watched him before getting up and looking around me. I smiled when I saw the small red wooden stick and picked it up before walking back toward Ethan and putting it next to him.

"Here. Take this stick. If you ever feel uncomfortable and want more space, just show it to me and I will. Alright?" I asked and watched him for a few minutes.

I saw his eyes quickly shift toward the wooden stick before going back to his feet. I smiled slightly, knowing he heard me and hoping that, with time, it would help him trust me. I stayed there, watching him in silence until Nazar called me to let me know lunch was ready.

"Lunch is ready. Come on, Nazar is a great cook, I'm sure you will enjoy it." I told him as I got up. I waited for a minutes and started speaking again as he didn't answer. "Please, get up if you don't want me having to hold your arm."

This sentence was like an electrochoc to him as he got up a few seconds later and followed me quietly, his head low. We sat around the table where Nazar cooked some bolognese pasta. I was pleasantly surprised to see that Ethan was eating quietly and I smiled, putting my free hand on Nazar's thigh and squeezing it softly.

"You can go watch TV in the living room or go into your room to play while we wash the dishes." I told him once we were done eating.

He immediately got up and went in the living room before sitting on the sofa, playing with the sleeves of his sweater. I sighed quietly before walking closer to Nazar to whisper. "Could you turn the TV on for him, please? He's on the left side of the sofa."

He nodded and I watched him go in the living room to turn the TV on and then sit on the sofa, next to Ethan. He held out the remote control, waiting for him to take it. "Take it and put the show you want. I'm blind and don't really watch cartoons so I can't help you there."

I watched as Ethan raised his head and looked at Nazar, carefully studying his face to see if he was telling the truth. He raised his hand slowly and let it suspended in the air for a few seconds before gently grabbing the remote control when Nazar didn't react. Nazar let it go as soon as he felt it and I watched the whole scene discretely with a small smile on my face. I quickly washed the dishes while listening to the music of SpongeBob SquarePants and my smile widened when I felt Nazar's arms around me.

"For someone who isn't a fan of children, you were great." I told him as I turned around.

"I've been dealing with one for almost thirty years so of course I was great." He replied with a chuckle which made me roll my eyes.

"I was giving you a genuine compliment and you ruined it." I sighed before giving him a small peck on the lips.

"If you need me, I will be on the patio in the backyard reading." He informed me before stepping away.

I smiled, appreciating his support, knowing he would be by my side no matter what before looking back at Ethan. Things weren't going to be easy but I truly believed we could help him... 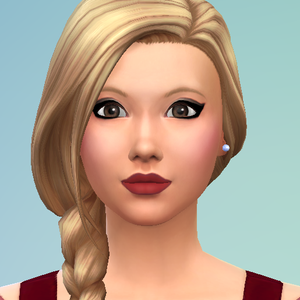 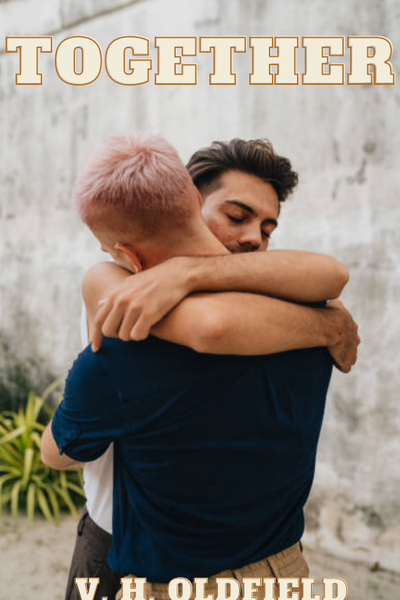 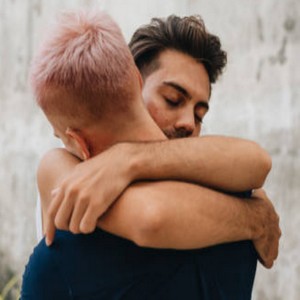