Meet me at the woodfort. at 2 PM. IT'S IMPORTNANT. BOUT OUR BEST FRIENDS -the hottest man ever to live, BH

Magenta opened her locker and a note fluttered out. She couldn't contain the chuckle that came out when she read the note and the typo.

She had half a mind to prank Blue just for the fun of it and not even turn up to the woodfort. It was the treehouse where the four of them claimed and made a territory out of when they were ten years old. Now at sixteen, Magenta knew it must be something 'importnant' indeed if Blue was calling an emergency meeting at the sacred place. Anyways Magenta had a feeling it would be about the breakup. Perhaps if she collaborated with Blue they could work something out.

But before Magenta could sneak out of her room, Shelby came out of the bathroom.

"Where are you going?" Shelby asked, drying her hair.

"Oh, can I come?" Shelby had to get some red pens.

"No! I mean, well. I'm going downtown to buy supplies for art class, and I want to go by myself since I don't want anyone to have to wait for me." Magenta said.

"Oh okay. Oh, shoot yeah I forgot I have to go see my project partner for Biology. Can you get me five red pens?" Shelby smacked her forehead and asked.

"Okay, sure thing! See ya tonight!" Magenta exclaimed. Shelby didn't press Magenta on the issue and accepted it. Shelby went to do her skincare routine at her dressing room table with cleansers and spritzers.

Magenta put on her running shoes and headed to the trees and shrubbery area on the driveway leading up to their campus. Their woodfort was halfway down the winding driveway, a good one hundred and fifty meters from the top of the campus.

"This better be something importnant, Blue!" She hollered into the dense collection of trees. The twittering of birds responding was the only thing she could hear. Magenta wondered if Blue had pranked her with this.

Magenta looked up to see Blue already in the treehouse. Climbing up the ladder, Magenta said, "why didn't you say something? I thought you pranked me."

"Whaaa, me?" Blue made a bad impressionist pouting face. Magenta closed his lips with her hands, squeezing until he patted her hands, surrendering.

Magenta let go and she asked, "alright what's up."

"Is it just me or are Shelby and Jasper acting weirdly depressed?" Blue asked.

"No, yeah, I agree...what should we do about it though? We can't force them to get back, can't we?" Magenta continued.

"It's time for Blues Clues. We're gonna get Jas and Shel back together, not by force. But by tempting them to each other! " Blue said, waving his hands with gusto, revealing a mini whiteboard.

"What, so you'll be the devil and I'll be the angel on their shoulders?" Magenta said. She took a glance at what Blue wrote on the whiteboard.

Step One: find an opportunity to get our best friends together.

Step Three: Jasper and Shelby get back together.

"That's all you have in your winterest mood board?" Magenta teased.

"Hey if you can do better, by all means, be my guest." Blue motioned to the black marker in his hands.

Magenta took the challenge and they started planning the opportunity to get their best friends back together.

Meanwhile, Jasper and Shelby were planning unbeknownst to anyone in school during the free period.

They sat in a supply closet with papers and pens. Scattered all around them, were planned itineraries and bookings.

"We are so genius!" Shelby smiled.

Team MagBlue was in full effect.

Jasper and Shelby didn't want Blue and Magenta to feud forever. For one, they knew that all it needed was time and love could bloom from the seeds of friendship already being born. It happened between Jasper and Shelby, it could happen between Magenta and Blue.

"Did you see their faces when we 'broke' up!" Shelby smiled.

"And you should have seen Blue's face when I acted all sad and stuff!"

"Yeah, we're amazing actors. We should get a grammy!" Shelby said.

"You mean Oscar?" Jasper corrected Shelby and she nodded.

They were trying to book a staycation in town for the ten days of the Easter holiday. It would be a busy season so they needed to get a head start.

They were also trying to make nice cards with the lettering too.

"Do you remember when Blue and Magenta started all this?" Shelby reminisced.

Jasper leaned back against Shelby and both of them thought back to the past days.

"Then Magenta pushed him into the pool a few minutes later, and then both their parents had to swim and rescue them."

"That was funny!" Shelby laughed with Jasper.

"And then after that, I lent my clothes and gave some towels to Mag," Shelby said.

"Hey, I can get main character syndrome too," Shelby poked Jasper's abdomen.

As Shelby pursed her lips in concentration, cutting a love heart, Jasper placed a finger under her chin. His other hand curled around her back, and Shelby almost swooned were they not in a stuffy supply closet.

Their lips met and moved in sync. Fireworks exploded behind Shelby's eyes. She loved her boyfriend without a doubt and she would do anything for him. Just a year and she was madly in love with Jasper.

Then the janitor knocked on the door.

"Dang kids! Get out of there! Unlock the door or I'm telling Mrs. Gouges."

That did the trick. Shelby and Jasper stumbled out of the closet, holding hands and connected pinky fingers.

The janitor glared after them. They left a bunch of things in the closet, like papers and love notes. He threw all of them in the trash, dusting his hands and getting the mop to go clean up some kid's puke.

The last lesson of the day was internet technology, also known as IT.

Miss Burgundy was the teacher of this class. She explained the rules of what they were going to do for the rest of the class. The task seemed simple, and Miss Burgundy went through some easy sample comprehension and research questions.

"Today we will be practicing research skills. I will hand out a worksheet with questions about the country you are to research. Pairings will be made by a random generator. I have put all your names in a 'spin the wheel'. Let's start."

"Magenta Davies with Blue Harrison." Miss Burgundy read out the names, her eyes twitching but she didn't change anything.

"I will remind you two that if you pull any sort of tricks, I will send you to principal McCartney immediately." Miss Burgundy warned them as they took a seat next to each other.

Magenta nodded, two fingers crossed behind her back.

They had to research the Incan empire. When Magenta found the information about the belly button of the world, she showed it to Blue, trying to stifle her laughter.

"It is known as the belly button of the world."

They burst out laughing, that kind of uncontrollable back-and-forth unfiltered laughter.

"What did I tell you!" Miss Burgundy said, hands on her hips.

They tried to keep quiet, still chatting as they filled in the research questions.

Just then the lights turned off and everyone hollered and screamed in true young student fashion.

Then when the lights came back on, the projector was on, and there lo and behold was a video of Blue Harrison.

Shirtless and singing to Single Ladies by Beyoncé.

He was in the locker room, and his shirt was next to him. It looked like he was getting ready for practice, but he was the only one in the room. So he sang Single Ladies as loudly as he could, shaking his butt too.

Blue stood and ran to find the culprit with the computer.

Everyone stared and pointed at the screen, some laughing, some drooling at the sight of a fit shirtless boy.

Miss Burgundy was shocked for a moment before she gained composure. Her back straightened before she called out their names. She turned off the projector and computer.

The walk to the principal's office was a bit long from the IT classroom. They went down a staircase and then walked to the left. Through the big hallway of students of the month. Past the dining hall, and the music rooms. Blue and Magenta had time to talk.

"What do you think Ole McCartney is going to say?" Blue asked.

Magenta laughed at that. "Good one."

They got a warning of possible gating from the principal. But it was never too serious. Despite the main rule of no fighting and the fact that Blue and Magenta were the main perpetrators, it was because their families had high positions in the country and so the school wanted to please them. And they'd break their main rule or turn a blind eye even if it affected the rest of the students.

"Gating is not something to be taken lightly. You would be suspended from entering the campus for 10 days, and have to participate in community service. You will receive black marks in your reports if you keep going at this rate. Magenta, Blue please keep in mind the impact on your future. Soon you will be in university after next year. You need to learn to be responsible..."

Blue and Magenta switched off at some point during the lecture. Blue was thinking of the upcoming soccer game Magenta was thinking about dinner and how cute Reese was. How could he be related to Principal McCartney? Principal McCartney looked like an evil henchman. Overly thick orange eyebrows, large yellowy eyes, unnatural-looking pointy teeth, balding hair in strange receding lines on the sides and front, and wicked scars around his cheek.

They nodded mutely and thanked the principal for giving grace to them before leaving. With a flourish of his hand, Principal McCartney dismissed the two students. He looked back to the reports in his hands.

Each of them went back to their world, thinking of the weekend they looked forward to. 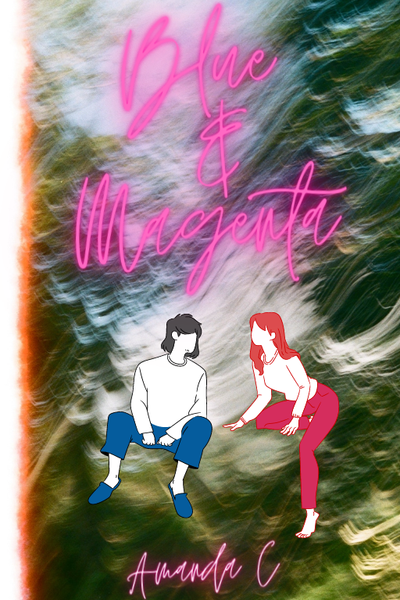 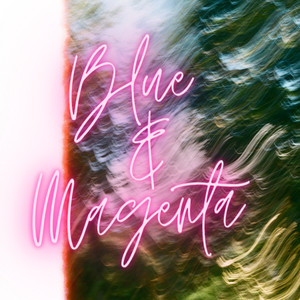