She ducked and weaved through her opponents' fast and wild blows. She felt invigorated and quicker and stronger than ever. As she took a breath and visualized her phantom hands, she visualized the hands expanding and growing to a large size as she guided it to deliver a vicious clenched fist to the back of the opponent, he staggered back confused and she went rushing in with her fist punching him square in the jaw as he recoiled back in pain. He coughed blood and he fell flat on the map, she raised her arms in victory as Alakazam and many were cheering for her victory.

Her opponent was carried off and she dried herself off Alakazam came running down towards her with excitement, as he got closer everything still felt so slow, she could feel her heart beating and blood flowing through her body. She felt as fast as lightning and as Alakazam was walking towards her it felt so slow. She took a deep breath and tried to adjust as she felt his warm embrace. She held him up,

“ah you're getting pretty heavy, kid.” She said ruffling his hair as he smiled, as they made their way to a small restaurant.

Alakazam fiddled in his chair as he held the menu, as the waiter came over Angavu ordered chapati and beef stew. Alakazam ordered a cheeseburger and chips, as she laughed.

“Having your favorite?” She said, cracking her knuckles as he nodded. She rubbed her eyebrows and felt pain crashing in, as her head was spinning and everything almost went blurry. She remained calm and took a deep breath, Alakazams expression went somber as he went silent. She tried to hide the side effects and keep her composure but she knew Alakazam was onto her. After every match, she felt the effects of the drug for a few minutes but when it wore off she felt her head crash.

He held her hand but was silent through the whole process,

“it's fine I'm just a bit tired son.” She said to try and alleviate Alakazams worries but he didn't look convinced, the waiter returned with the plates and the tension was relieved. They both dug in and Alakazams worries melted away as he bit into his burger. She folded the chapati and used it to scoop the meat in the soup. As she ate, all she could do was think about her upcoming fight. The two finished their meals and Angavu slept early tonight getting ready for her upcoming fight.

She sat in her locker room as her match was coming up, she could hear the chanting and the crowd lit up in anticipation as she went into her locker and retrieved a vial full of a red liquid. She didn't like that she needed this stuff to win, but all the fighters started using it in the last year. She removed the cork and downed the liquid. She felt a rush surging through her body as veins started pulsing and she could feel her blood flowing through her body rigorously. She walked down the aisle as the announcer did his spiel.

“In this corner, we have one of the greatest kinetic boxers on the scene. She is gunning for the championship belt, she is known only as The Dreamer!” The crowd let off an explosive roar as they cheered,

“and on the other corner, we have been the defending champion for over five years. Ogun the Bazooka!”

The cheers were even louder as she looked up to her opponent, he was a muscular man with short cropped sides and long black and blonde locs tied back into a ponytail. They touched gloves and he had an inexpressive face and looked nonchalant, she grits her teeth and focused, feeling a bead of sweat form on her forehead as she felt time slow down for a brief moment. Everything felt quiet despite the large crowd, her focus and attention were all focused on this man. The strongest kinetic boxer and reigning champion for years, the bell rang and the action started.

He put his guard down and motioned his glove towards him in a taunt, she winded up and pivoted her foot forward to land a powerful right hook focusing and summoning her phantom hand to wind up for a left hook, he backed up effortlessly dodging both. She had a look of confusion as he just dodged her phantom hand effortlessly. He clenched his fist and went in for a swift jab she blocked and weaved out of the way. She summoned a second one and he dodged it again, she started getting nervous but felt another feeling.

With a sense of thrill, he was the first opponent to dodge it and counter. She didn't know how he dodged; her phantom hand was invisible, but for once her perk of being a Telekineticist wasn't enough. She could only smile as she was finally able to go all out. She ducked and bobbed through his fast jabs, as she attempted to counter and he dodged. He went for an uppercut and she blocked but watched as his fist just phased through and punched her in the chin. She blinked in surprise and saw his fist was a black-like color as she saw it was shining with a purple hue, as she noticed the armor around him forming.

She smiled and took a deep breath as she resummoned the phantom hands and focused on strengthening them and they became visible and took a black color the crowd looked in amazement. As she blocked his hit and then went for a left jab as she aimed her two phantom hands towards his back and side, he didn't block and took the full force of her punches as he smiled. He went for a counter, she ducked and landed an uppercut but still didn't budge his thick armor as he landed a left hook and hit her on the ground.

The referee started walking toward her but she wiped her mouth and stood back up. And got into a low stance as she charged towards him, letting off a barrage of punches as he countered with his own, the two went on for twelve rounds straight. Beaten and bruised both of them. As her eye was completely swollen and she managed a critical blow to his chest as he had a large bruise on his chest.

She went into this next round still burning with energy as she still felt some small power left but she could tell the spike would wear off quickly. This would be her last round and her last chance. She clenched her fist and thought of Alakazam, thinking of all the cheers and also the people who said she couldn't do this. She couldn't win this belt and she couldn't compete with men, but as they fought she didn't feel anger she only felt excitement and mutual respect as she had her phantom hands bouncing throughout the arena and punching the man from every angle and bouncing back and repeating this motion, chipping away at his armor.

As she went for an obvious right jab as he went to counter with his left. She dropped her guard and let him land a powerful counter on her cheek. Almost knocking her down but she stood, she felt the energy and crowd keeping her awake, as her right eye was completely shut and her left almost as swollen as she squinted with her one good eye.

And used this opening and summoned her phantom hand back to her as she increased the size to nearly triple she went in and punched him twice once with her fist and watched as the huge fist crashed into his chest and shattered his armor. The bell rang and he was on the floor covered in blood and breathing heavily.

“And the winner is…” He seemed to pause as a noble man dressed in a fancy suit and wearing a noble mask whispered to him. The announcer nodded and then took a double take,

“according to the judges based on a vote the winner is Ogun!” She slumped to the mat, everything went dizzy and hazy as she fell unconscious. 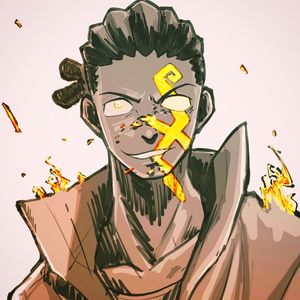 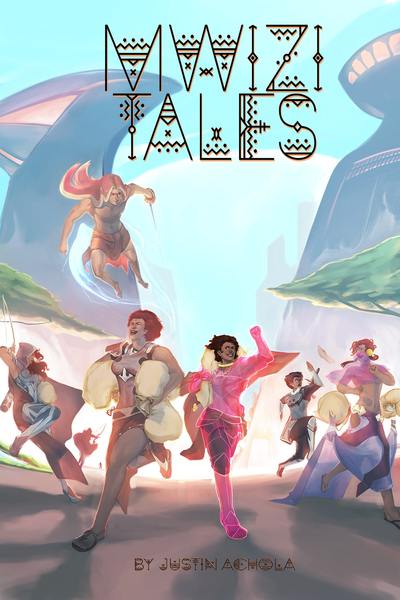 In the world of Epavar the year is 1020 A.C.E, known as the criminal era. Crime and violence is at a high, nations led by these criminal gangs. Follow the story of Alakazam, a hopeless dreamer on his journey of collecting the Seven Wish Stones, while ruffling feathers in the criminal empire. Follow this dreamers journey to becoming the King of Thieves.
Subscribe 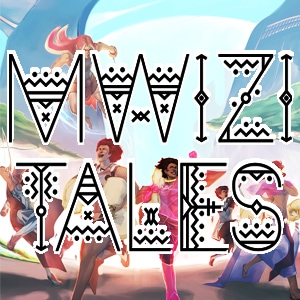