According to the news, this would be the harshest winter in recent years. June was already in his mid and the temperatures had dropped in unspeakable numbers. No one dared to leave the house without the appropriate warm clothes. Even those who considered themselves brave enough always carried a coat with them for the darkest and coldest hours. Of course, there was that small percentage of people who, despite the weathermen's warnings, refused to carry umbrellas with them or left them at home. What was the result of their recklessness? be soaked to the bone, as for the last week raining was a constant occurrence. Of course, the roads were also a real nightmare for both drivers and pedestrians. Endless traffic made movement impossible and anger had reached an impenetrable point. No one was prepared for this mess. And if there was anyone who might have gained anything from this tragedy, those were the shopkeepers, as most of the passers-by found shelter inside the warm restaurants and cafeterias.

That's exactly what Teo was doing too, sitting at a small table, next to the glass window of the coffee shop and looking outside. His mind had turned into a vast ocean of thoughts, and deep inside it sank every ship that carried his hopes; high or low ones, it didn’t matter. From time to time, he’d stare at his cell phone checking the time again and again. Their date was at half past eleven. It was already a quarter past twelve and, as the minutes ticked by, his patience wore thin. If anything characterized him it was his insistence on always being consistent in everything that had to do with time: work, assignments, meetings, dates. Of course, he understood that Nick was studying in college at that time - although he rarely talked about his classes - and perhaps something had come up. On the other hand, there was also that crazy traffic on the road. The bus would have been stuck behind the hordes of cars or maybe Nick was waiting for another one, less crowded, to arrive. Teo could also call him and make sure nothing bad had happened, but then again it was too early for that call. He would wait another half hour and if he didn't show up then he’d try calling him.

Tapping his fingers nervously on the table, Teo gave his order to the waiter – a warm double espresso - and continued to stare out at the crowded streets, oblivious to his surroundings.

"Teo?" a sweet, familiar voice brought him back to reality for good.

"Carla?" he was stunned by the beautiful figure of his ex-wife standing before his eyes, in full make-up, dressed in very charming clothes, and with a wide, sincere smile that he hadn’t seen for a long time. He stood up and they shared a tight hug. "When did you come back?"

"Two days ago," she replied and he motioned for her to sit next to him, an invitation she happily accepted. "He had some issues at work and we had to return earlier."

"I'm sorry for that; I mean postponing your vacation." A fact that was quite weird regarding Carla. She’d usually stay behind, continuing her carefree holidays and allowing the other to run whatever errand there was. But immediately he realized; that the other guy was much more important to her than he was. It did hurt him and at the same time, he felt rather happy that she finally found someone to make her happy.

"No need to be. Even those few days were more than enough. We had a great time" she stopped as if she had just shared a secret and looked at him with a sad look. "We had our share of those days, I hope you know that. I don't want you to misunderstand or even think that I was unhappy with you. Everything we went through was-"

"I'll have to stop you here. It's all right. Really. No grudges held and no hard feelings whatsoever. Honestly, I have far more pressing matters bugging me than our own sad story."

"Did she stand you up?" her lips formed a very mischievous grin. One that was not enjoying her conclusion, but the kind that was starving for gossip.

"Huh?” Teo pulled back with a raised eyebrow and then he shook his head. “No, no. It's not a date" he admitted rather desperately, brushing his hair backward. They had grown longer than the last time they met. She always preferred them short, but small and neat top knots were his thing. But why did he have to act so defensively? Why did he have to let her know that there was no date involved? She didn't care if he was seeing someone. "I'm expecting a friend who's probably stuck in traffic. What about you?"

"I'm waiting for him" the words came out with unimaginable excitement and when he did make sense of them, cold sweat showered him. He did not want to meet the man who was the cause of his divorce. How exactly was he supposed to behave around him? It was hard enough to watch her all happy and satisfied, but him? Only god could tell the amount of inner strength he needed for something like that! After all, he remained the third person; the one who won Carla over and the one whom she chose.

"Ah, I shouldn't delay you then. I doubt he'll want to see his girlfriend talking to her ex."

“Don’t worry about him. He is already aware of our close friendship. I don’t intend on losing any contact with you” she paused once again and toucher her lower crimson lip with her index, thinking intensively. “You know what? He’ll be coming from work and we are going to have lunch here. So…”

“Why don’t you and your friend join us!” her enthusiasm was impressive, yet she paid no attention to Teo who was about to bang his head on the wooden table.

“What am I supposed to do with you, Carla, and him?”

“Urm, talk? Discuss? I mean, you may have so many things in common!”

Teo took a deep breath and crossed his arms over his chest, releasing that amount of air in his lungs quite aggressively. “Like what, exactly?”

“Me!” she giggled and called one of the passing waitresses. “Excuse me, could we move to a bigger table? We are going to be four.” Her eyes crushed upon Teo “Right? Your friend…they will be coming.” He nodded, defeated, and gulping down the coffee that had been served a couple of moments earlier. “Four people then!” she exclaimed and the woman happily assisted her request, while Teo followed, staring at the entrance and expecting Nick to come in any moment. 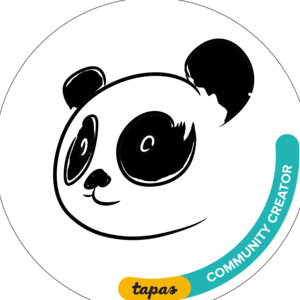 Personally, I love winter. I can actually live rather than survive during those months.

So! Part one of the longest yet chapter of this story. Each one will be treated as different chapters (dif titles etc. etc. ) but they will be taking place at the same place with a few (un)pleasant surprises along the way~ 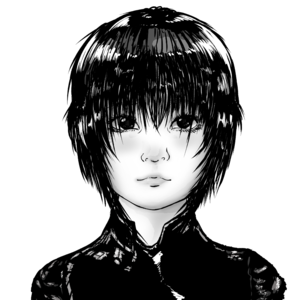 I honestly don't know if my stomach can muster the strength to read through such an awkward situation. Even though the pressure is not on me but Teo, much like a kid turning their head away during extreme gore in horror movies, I might opt out of the double date.
In reality, I'd rather go trough that gore scene xD
Problem is, the curiosity will get the best of me, and honestly I don't want to miss a chance to see Nick in action. But maaaaaan....... 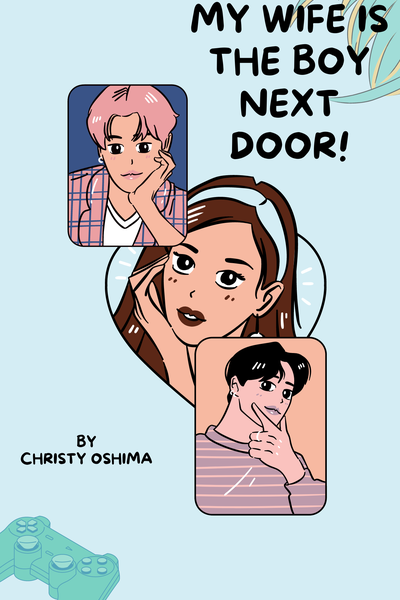 Teo has everything he ever dreamed of; a job as a video game designer in a very established company, an apartment of his own, and a wife that anyone would envy, while he still is in his late 20s. Life in Perth, Australia, goes smoothly, even during those few rainy days.

His wife files for a divorce, his boss keeps pressuring him, and errors come out of nowhere.
And the worst?
His parents, the incarnation of his most terrifying nightmares, are planning to visit him soon.
Desperation tends to drive a sane man off the edge and Teo has to consider every possible way out. Luckily, he is not alone, with a couple of friends willing to help, and a very controversial young man living next door... 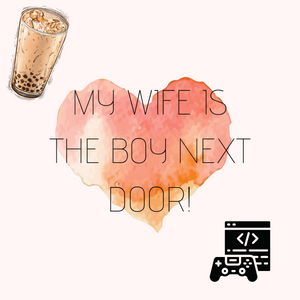