Carefree as I can possibly be in the new madness I found myself trapped in, I saunter back to the lecture room to get Sonny, and instead get jump-scared by her, standing in the corridor instead.

Sonny does this all the time. She mocks me and laughs at my close heart attacks.

“So, what was this conversation from which I was particularly excluded?”

“Just feeling concerned, that’s all. So, what did he want?”

“Nothing, really. It was about the blog. It seems like it’s getting more famous now that someone is dead, and people have been recently talking about how the one writing in it studies here.”

“It makes sense.” She mumbles nonchalantly. I stare at her, as she looks downwards with a quizzical look on her face.

After that, she crouches down, eyes still glued to the floor.

“More importantly, do you know what I was doing while standing here, waiting for you to show up?”

“I’m really tempted to question your bizarre taste in movies, but leaving that aside, I was thinking about how odd you’ve become today.”

“You see; I know you even more than you know yourself.” She claims with no victory pose, as serious as she can be. “And you’re not the type of person who would fret over things that don’t concern you, or the events that had already happened and can’t be changed. You would be concerned about any mistakes, but that is as far as the you I know is willing to go. You make a mistake, and you won’t let it go, as if it’s endearing to your heart, but the you that I know wouldn’t go this far to fix something.”

She already figured things out, but I wait for my little Watson to tell me her thinking process. Interrupting a person who’s trying to connect the dots like a detective is truly a cruel thing to do. I learned that the hard way.

“But why would you be so serious about a note that doesn’t concern you, and happened in the past and nothing can be changed by examining it? Unless…”

“Yes. You got it. I got a second note; with the same paper, the same handwriting and all.” I can’t let her go on like this. I’d rather be as straightforward as possible. When you’re busted with a big secret, the least you can do is confess, because otherwise, you’re just postponing your confrontation.

“Oh…” She raises an eyebrow in shock, leaves the floor, and looks up, her puzzled gaze fixated on me again.

“Why do you seem so shocked?” I ask. “Haven’t you already figured it out?”

“But I was simply going to say you were questioned by the cops.” Well, crap.

“Well, that’s certainly an interesting turn of events. My guess was that you were just being questioned about it, considering your history.” For the first time in two years, Sonny’s cheerful expression has vanished, and there’s “concern” written all over her face. “Doctor Dokita still talks to you, right?”

“At least she tries to. I turn off my phone as a counterattack.”

“Well, that’s extremely immature of you.”

“It’s not like it would stop her. If she doesn’t get hold of me, she’ll just decide to pay me a visit in person.”

My clandestine motives have been found out.

“Anyway, would you do me a favor and show me the note you’ve been talking about?” 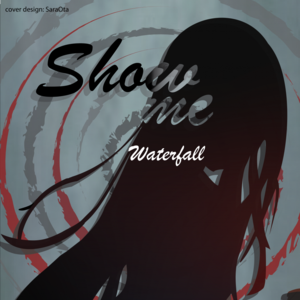